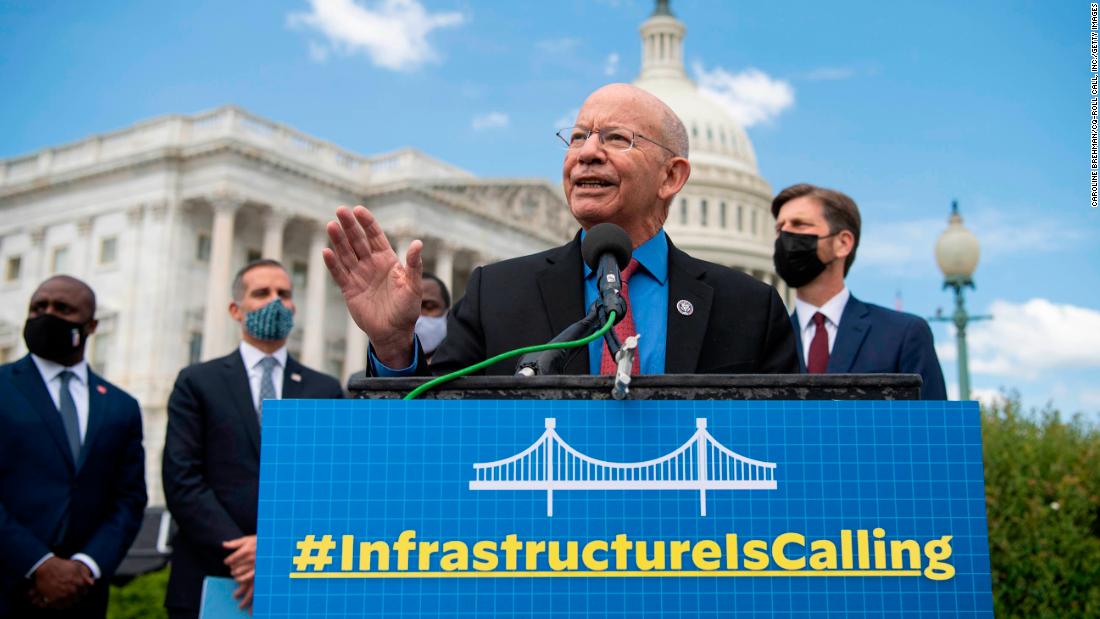 The bill is one piece of President Joe Biden’s larger infrastructure package and marks the beginning of Democrats’ efforts to go it alone on infrastructure, while a bipartisan agreement tries to be reached in the Senate over the larger proposal.
The House proposal includes many of the same provisions that Biden proposed in his own initial $2.25 trillion infrastructure plan, known as the American Jobs Plan, as well as a major embrace of green technology and a focus on mass transportation.

The bill was approved by committee, 38-26, after a marathon session Wednesday that went all night and stretched into Thursday morning where Democrats rejected dozens of GOP amendments. House Speaker Nancy Pelosi has said she wants to bring the package to the House floor before July 4.

The Senate Environment and Public Works Committee approved its narrower version of the bill late last month with the backing of both parties, with a price tag of $304 billion.

While the House bill includes some bipartisan provisions, it doesn’t have bipartisan support.

The committee’s chairman, Democratic Rep. Peter DeFazio of Oregon, who introduced the bill last week and spoke with the President about the proposal, argued that the bill would be “transformational” in repairing the nation’s crumbling infrastructure, create millions of jobs, and reduce carbon pollution.

The House transportation bill calls for $343 billion to be spent on building and fixing roads and bridges, and improving safety — a 54% increase in funding.

It provides $4 billion to build more electric vehicle charging stations across the country.

The bill would allocate funding to nearly 1,500 member designated projects, according to DeFazio.

Another $95 billion will go toward improving the nation’s passenger and freight rail, with $32 billion to Amtrak over five years, tripling the passenger railroad service’s funding. Funds would also go to corridor planning and development of high-speed rail projects.

The bill would invest $109 billion in transit, to increase routes and provide more frequent service.

Surface transportation programs are set to expire in three months, and DeFazio said his hope is for the House to pass his bill and have a formal conference with the Senate before the end of September.