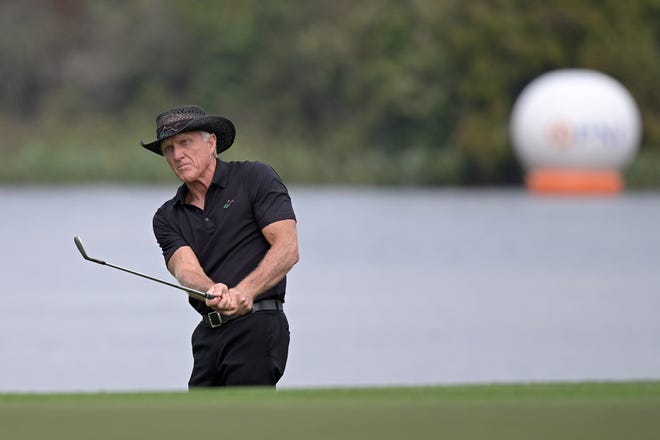 
Being a former two-time Champion Golfer of the Year doesn’t go as far as it used to, at least not for Greg Norman.

The winner of the 1986 and 1993 British Opens, Norman had his written request for a special exemption into the 150 th Open at St. Andrews denied by the R&A, according to Australian Golf Digest, who spoke with him on Wednesday.

“I’m disappointed with their decision, particularly given it is the 150th Open,” Norman said. “I have been a staunch proponent of the R&A since 1977 and a proud Champion Golfer of the Year — twice.”

Past champions are only exempt into the championship, which dates to 1860, until age 60, or have won the championship in the previous 10 years to be exempt from qualifying. Norman, who last played in the Open in 2009 at Turnberry, had filled out his application to play in the tournament last month and requested a special exemption, according to to the Australian Golf Digest.

SPORTS NEWSLETTER:Sign up now for daily updates sent to your inbox

The R&A quickly rebuffed the idea, and apparently weren’t swayed by Norman’s written request — no truth to the rumor it began, “Surely, you jest.”

“We have replied to him,” a spokesman for the R&A said. “There is no change to our position.”

Norman, 67, could still sign up for qualifying, but he implied that a past champion should receive special treatment. There is, indeed, some precedent for special exemptions. The R&A granted one in 2015 to five-time winner Tom Watson to make a fond farewell at St. Andrews. Mark Calcavecchia, the 1989 Open champ who is 61, received an exemption this year after what should have been his final British Open was canceled in 2020 due to the COVID-19 pandemic and he was sidelined with an injury last year.