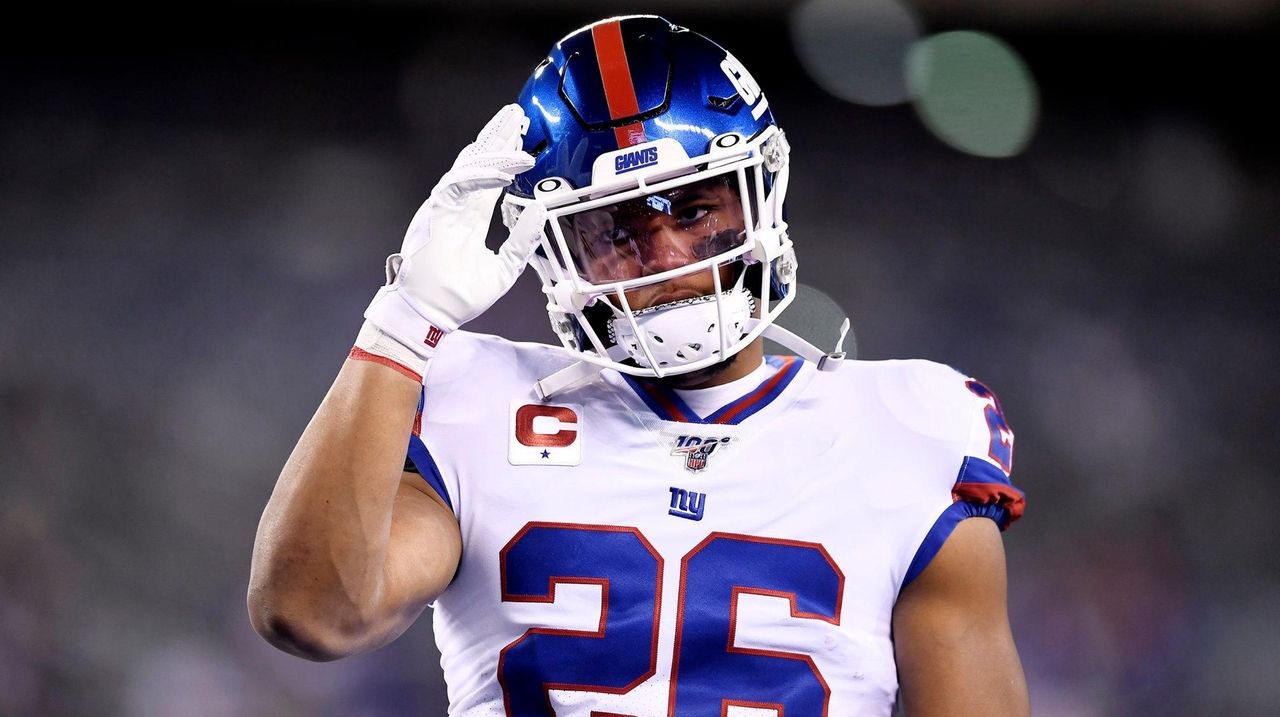 While Tuesday’s minicamp was the first time the Giants’ newly stocked passing attack was all together on the team’s practice field, with Daniel Jones firing passes to Kenny Golladay, Kadarius Toney, Sterling Shepard, Darius Slayton and Evan Engram, there was a huge chunk of the offense that remained out of sight.

Saquon Barkley continues to recover from a torn ACL that cost him most of the 2020 season, and the Giants aren’t going to rush that process one bit.

That won’t be happening during this three-day minicamp, although Barkley was in the building for the mandatory event (as he has been for much of the offseason program) and was doing work on the field before the team’s arrival there for the early afternoon practice. It may not even happen by the start of training camp in late July. Barkley is such an important element to this year’s team, the Giants are going to be super cautious regarding his return . . . even if that goes against Barkley’s own instincts.

“He comes in every day, he attacks every day from a rehab standpoint,” Judge said. “He’s had a phenomenal attitude and great motivation, he’s been tremendously positive . . . Couldn’t be happier with how he is working, showing tremendous leadership this offseason. He’s champing at the bit to get back on the field. We are taking it day-by-day and he’s getting better every day.”

Notes & quotes: Speedy WR John Ross was not on the field with the team either. The Giants did not say the reason for his absence, only that he had been accounted for . . . Temperatures in the mid-90s made for a sweltering first day of training camp, so much so that running backs coach Burton Burns collapsed from heat exhaustion and had to be carted off the field midway through the workout. The team’s medical staff treated the 68-year-old and said he is expected to be just fine . . . TE Kelvin Benjamin, the former first-round wide receiver who is attempting an NFL comeback with the Giants, was unable to finish practice and walked into the building with trainers.

Tom Rock began covering sports for Newsday in 1996 and has been the Giants beat writer since 2008.