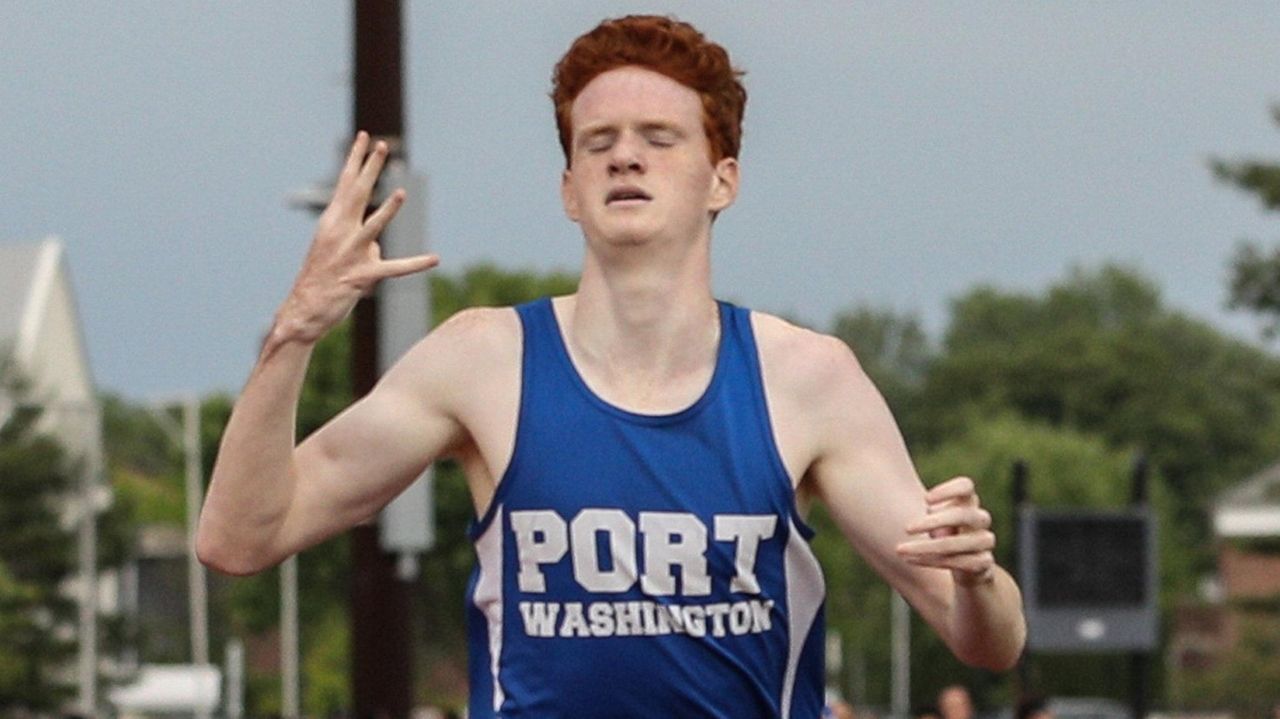 Once again, thunder and lightning got the best of Nassau track and field’s plans to hold their class county championships without interruptions or hiccups. Tuesday’s Class AAA championships at Mitchel Athletic Complex in Uniondale were postponed until Friday after a thunderstorm broke out midway through the meet.

It’s the second such postponement in a week. Nassau field event championships were completed Monday after being washed out last Friday.

Athletes were ushered to their busses a little before 5 p.m. Tuesday — two hours after the championships had begun. The meet was postponed after approximately a one-hour delay. The 800 meters, 110 hurdle finals, both rounds of the 200, the 3,200/3,000 and all the relays on both the boys and girls sides are scheduled to be competed on Friday at Mitchel Athletic Complex, Nassau girls track and field coordinator Nick Aurigemma said.

Port Washington’s Colin Funk won the 1,600 in four minutes, 24.65 seconds and was prepping for the 800 when the skies opened up. He’ll now have fresh legs on Friday.

“I think it will probably be good because I don’t have to worry about burning myself in the first 200 [of the 800],” said Funk, who also won the 3,000-meter steeplechase on Monday.

Hempstead’s Renee Newton had already won the 400 hurdles and the 400 when the rain came. She was awaiting the 200 trials, where she was going to attempt to win three events in one day.

Newsday’s weekly newsletter takes you on the field and inside the high school sports scene across Long Island.

“I have never [done] that before,” Newton said. “But, then again, I’ve never been where I am right now emotionally, physically, and mentally when it comes to track and field. If I could get the 200, that would be great. Words can’t even describe how happy I’d be.”

“I expected to do just a little bit better [in the hurdles], but at the same time, I knew that I had [three] other races,” said Newton, who was thinking about the 400 and, potentially, two rounds of the 200. “I had more that I had to lay out on the track. Not that I held back, but I could have been a little better if I wanted it to. But, I’m satisfied with what I got.”

Elsewhere on the girl’s side, Massapequa’s Alexandra Stasichin was also awaiting a chance at a triple county champion title. Stasichin won the 1,500 in 4:54.64 Tuesday. She won the 2,000-meter steeplechase in 7:28.9 on Monday at Westbury High School. The senior was preparing for the 800 when the thunder rolled.

In the 1,500, Stasichin was stuck in a pack of four at the bell, jumped in front on the back straightaway, and held off teammate Kayla Schuler on the home straight. Schuler was second in 4:56.53.

“From the start, me and [Schuler] had a plan,” Stasichin said. “We were just going to focus on ourselves and what we know we can do . . . When we saw people pushing it, when we saw that we kept getting boxed in, we knew to stick to our plan. We know where to pick it up and push ourselves on the track. We were just waiting for the moment . . . In the last two laps, when we had to pick it up, that’s when it was game-time.”