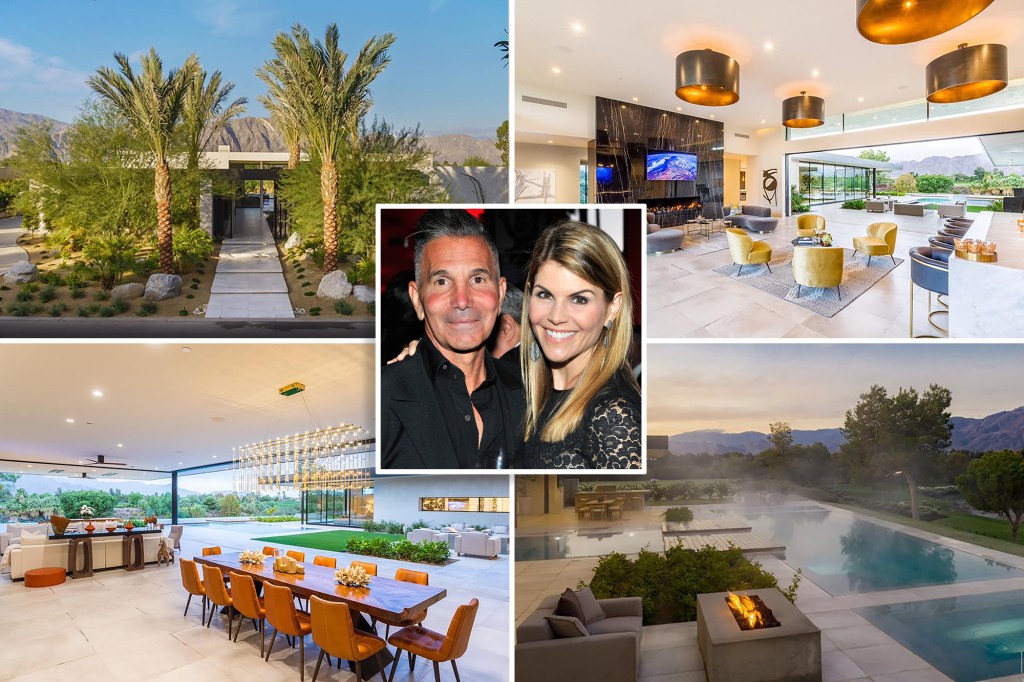 
After Lori Loughlin was released from prison in December and her husband, Mossimo Giannulli, got out in April following their involvement in the college-admissions scandal, they have now shelled out a whopping $13 million for a gated Palm Desert, California, oasis.

The vacation getaway purchase comes just a year after they bought a $9.5 million modern farmhouse as their main home in Los Angeles, in the tony Hidden Hills area. Their new home is about three hours away by car, nestled just outside of the Santa Rosa Mountains.

Located in the upscale La Quinta community, the five-bedroom, 5.5-bathroom abode is situated in the guard-gated exclusive Madison Club — known for its Tom Fazio-designed golf course and celebrity-filled homes, according to Dirt.com.

Built in 2019, the home first belonged to a Seattle-based couple, Michael and Alexis Rowell, who purchased it for only $9.5 million. Michael co-founded the tech startup Assurance, which sold for upward of $2.3 billion the year of the home sale.

Since the pandemic started, the housing market in the area has soared, and the Rowells left with a massive $3.5 million profit.

Spanning over 9,300 square feet with nearly an acre of land, the home features several amenities, including a wine cellar, movie theater, two pools, two spas, a wet bar and an outdoor projector-theater.

The residence also comes with a separate guesthouse.

On Tuesday, a federal judge in Boston granted Loughlin “expedited” permission to head to Canada to possibly rekindle her career. The request was necessary as she remains on probation.

“Ms. Loughlin anticipates she will be traveling for about one week” and is “being offered a filming production project” if allowed to go, her initial request sent by a probation official stated.

Meanwhile, Loughlin and Giannulli’s youngest daughter, Olivia Jade Giannulli, is set to compete in the upcoming season of “Dancing With the Stars.”

The 57-year-old actress, best known as Aunt Becky on the late-’80s sitcom “Full House,” and her fashion designer husband pleaded guilty last May to paying $500,000 to get their two daughters, 23-year-old Isabella Giannulli and 22-year-old Olivia Jade, accepted into the University of Southern California as crew recruits despite not being rowers.

The couple initially claimed they were innocent, insisting that investigators had concocted evidence against them, but they eventually pleaded guilty to making payments to the bribery scam’s mastermind, William “Rick” Singer.

They were both ordered to pay substantial fines as part of their sentence — $150,000 for Laughlin and $250,000 for Giannulli. Loughlin was also ordered to complete 100 hours of community service, while Giannulli served 250 hours in addition to their jail time.

Loughlin was sentenced to two months in prison and served from Oct. 30 to Dec. 28. Giannulli was sentenced to five months, beginning in December, and he was released on April 3 — finishing out the rest of his sentence in home confinement, which lasted until April 17.