She’s got style, she’s got flair. And now, Fran Drescher has got a new book.

“N Is for The Nanny,” out now, is an eye-popping picture book that teaches young readers the alphabet through references to the ’90s sitcom, which ran for six seasons on CBS. The book features illustrations by Gary Chestney of Fran Fine (Drescher), the outspoken Jewish nanny who stumbles into caring for the wealthy Sheffield family, with cheeky nods to her fabulous fashion (“A Is for Animal Print”) and singular cackle (“L Is for Laugh”).

“I thought it was utterly charming and really captured the tone of the show,” Drescher says of the book, written by author Rebecca Kelly. “She asked me if I had any notes and the only thing I said was, ‘Have the artist make the hands more delicate.’ “

One hundred percent of the book’s proceeds go to Drescher’s Cancer Schmancer Movement, a non-profit charity that promotes early detection of cancer and prevention through healthy lifestyles.

Drescher, 64, talks more about the organization and the enduring legacy of “The Nanny”:

Question: In the book’s foreword, you write how most people in medicine are “focusing entirely on curing the end symptom, which is cancer, but not at all on causation.” Is that something you wish you’d known during your own experience with uterine cancer 20 years ago?

Fran Drescher: I definitely know a lot more now than I did (then), about what I was bringing into the home that was toxic. I didn’t know there’s differences between meats and produce, and what industrial farming is versus organic or pasture-raised. And all the things I’d see advertised on TV, like toothpaste that says, “Call Poison Control if swallowed.” I started to question, “Why are we getting sick in the first place?” That led me on a deep path of causation, because if you had an apple tree that was yielding rotten apples, you would not try and cure each apple. You would get to the roots of the tree and try and find out what the underlying problem is. This is something our Western medical community fails us on.

Q: “The Nanny” saw a whole new wave of popularity last spring when it started streaming on HBO Max. Why do you think it resonates with a younger generation?

Dresher: Timing is everything. The millennials were children when the show was first airing on CBS. As they got older and started having kids of their own, not only did they appreciate this classic television show with nostalgia, but also (watched it) through a new lens as an adult: They got to really appreciate all the double entendres, the gay humor and of course, the costumes. Now (Gen Z) has picked it up and it’s all over social media.

I also talk very straight to my fans about issues that matter, so I think my character (and I) have an authentic nature in common that makes people feel like I have their back. At this point, I’m active as an actor just to continue to have a platform where I can speak on the things that really matter to me. 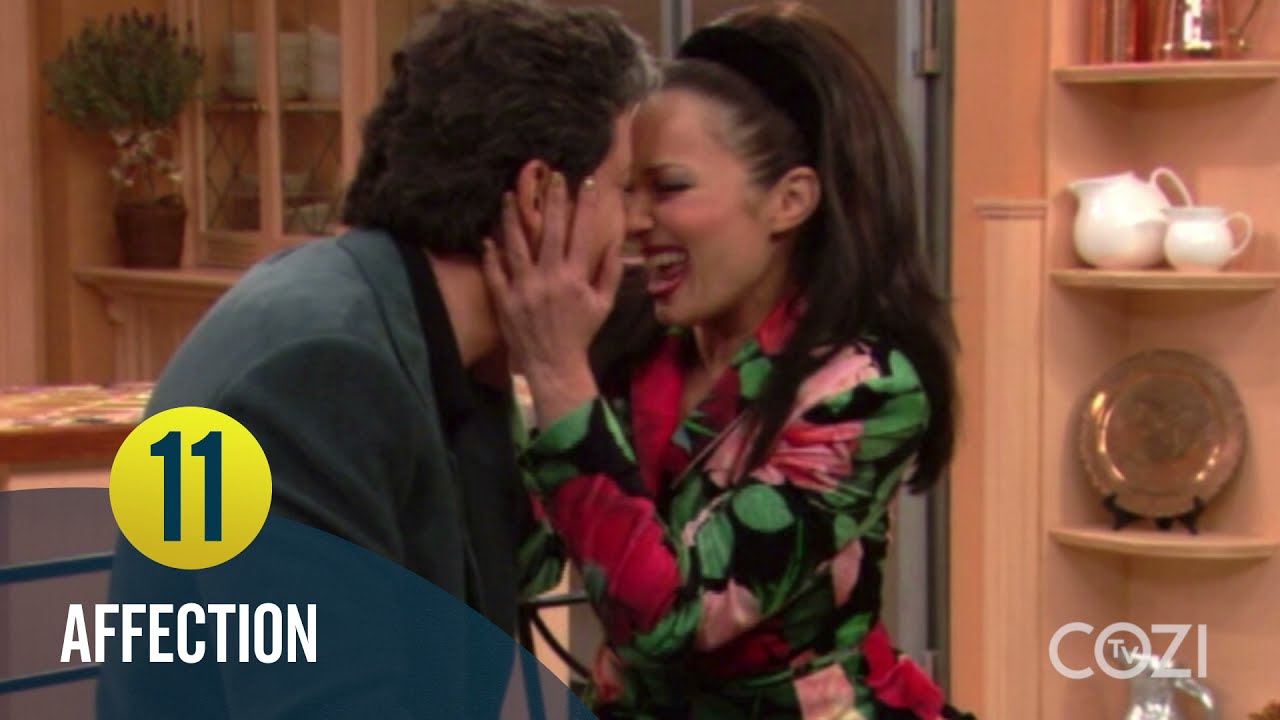 Q: Is there a moment from the show that fans always ask you about?

Drescher: I am very often asked if I could say, “Oh, Mr. Sheffield!” It’s that and my laugh. That’s what I call my seal act. You’d be amazed how many people come up to me and say, “Everybody says I sound like you. Everybody says I look like you.” Men, too, it’s really funny. And the drag queens that do me, Halloween (costumes) – it’s truly a phenomenon. Peter (Marc Jacobson, the show’s co-creator and Drescher’s ex-husband) helps keep track of so many of the independent (“Nanny”) Instagram accounts and TikToks. We just saw a video of a 3-year-old girl wearing an all-zebra outfit, sunglasses and a headband, with the “Nanny” music in the background. It’s amazing. 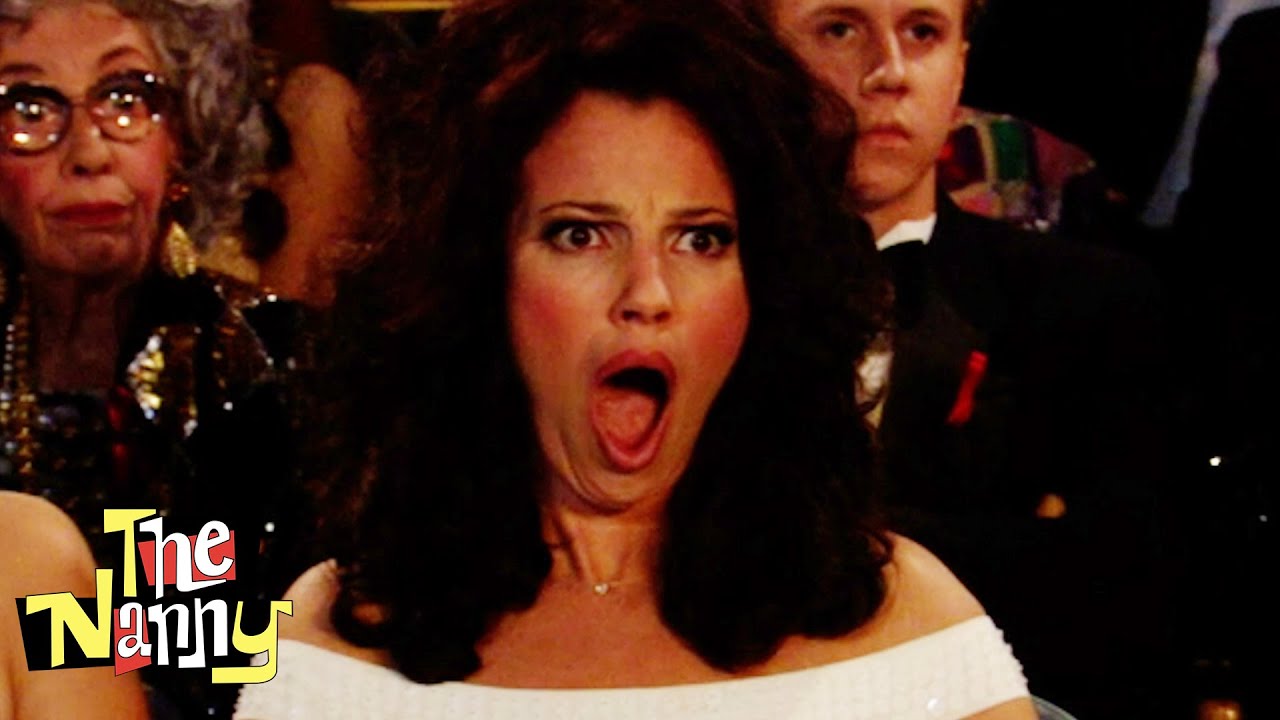 Q: The show had so many fantastic guest stars, like Elizabeth Taylor and Rosie O’Donnell. What do you remember about Elton John’s cameo in Season 5, when Fran is trying to hide from him after making a bad first impression?

Drescher: It took me a year or two get him on the show. I was always an Elton John AIDS Foundation supporter and we were very warm to each other at all of his events. When his documentary “Tantrums & Tiaras” was coming out, his publicist said, “Maybe this would be a good time to put him on the show to promote the documentary.” There’s a scene (in the film) where he throws a tantrum because he’s trying to play tennis and a fan starts saying, “Yoo-hoo! Yoo-hoo!” So we thought it’d be funny if Fran was actually the “Yoo-hoo” lady and gets in trouble when she has the opportunity to meet him through Mr. Sheffield. That was an amazing episode and he couldn’t have been more gracious. We heard that he loves red roses, so we filled his dressing room with red roses.

Q: Is there a Fran Fine fashion trend you see making a comeback now?

Drescher: Some of the things she wore then are in style now, like hot pants, over-the-knee boots, the classic black turtleneck. Now, even more than then, women are wearing big false lashes and hair extensions. “The Nanny” did that and didn’t apologize for it. Wearing clothes that are sexy and give you confidence – that’s very much part of “The Nanny.”

Q: I’m so excited for the “Nanny” musical you’re writing with Peter and Rachel Bloom (“Crazy Ex-Girlfriend”). How’s that coming along?

Drescher: We cannot wait to get our production up on its legs. It’s moving forward at a very healthy clip. And (Bloom is) one of those millennials that grew up watching it. She totally gets the voice and the humor, and was really the perfect person to write the lyrics for the show.