Editorial: A sigh of relief for California as Newsom survives the recall election 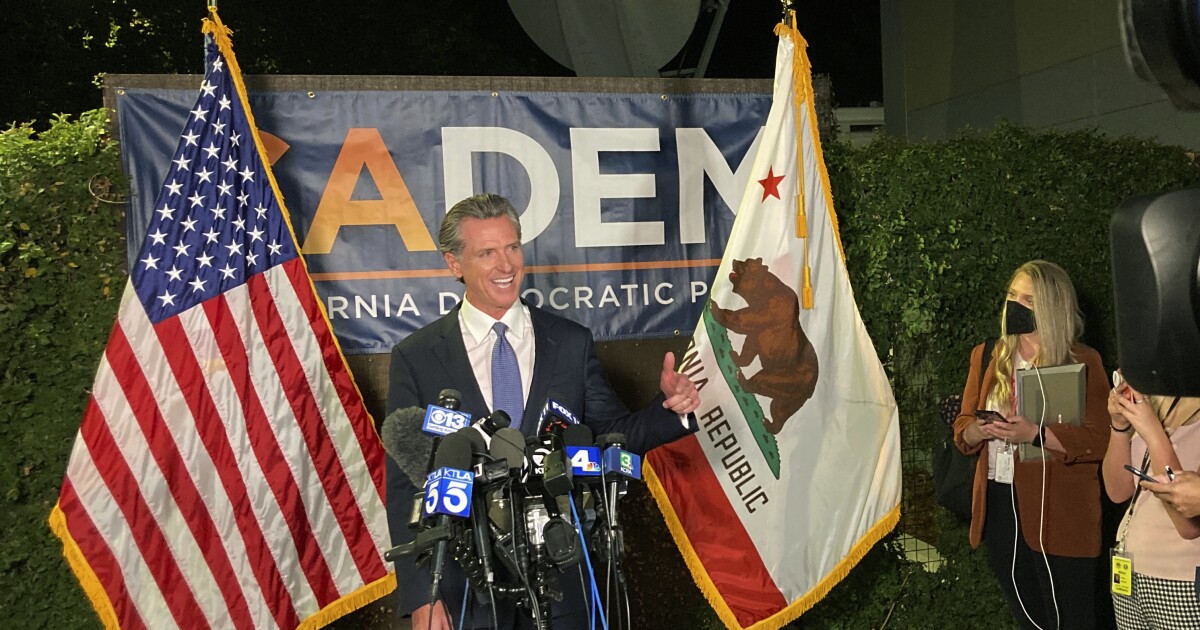 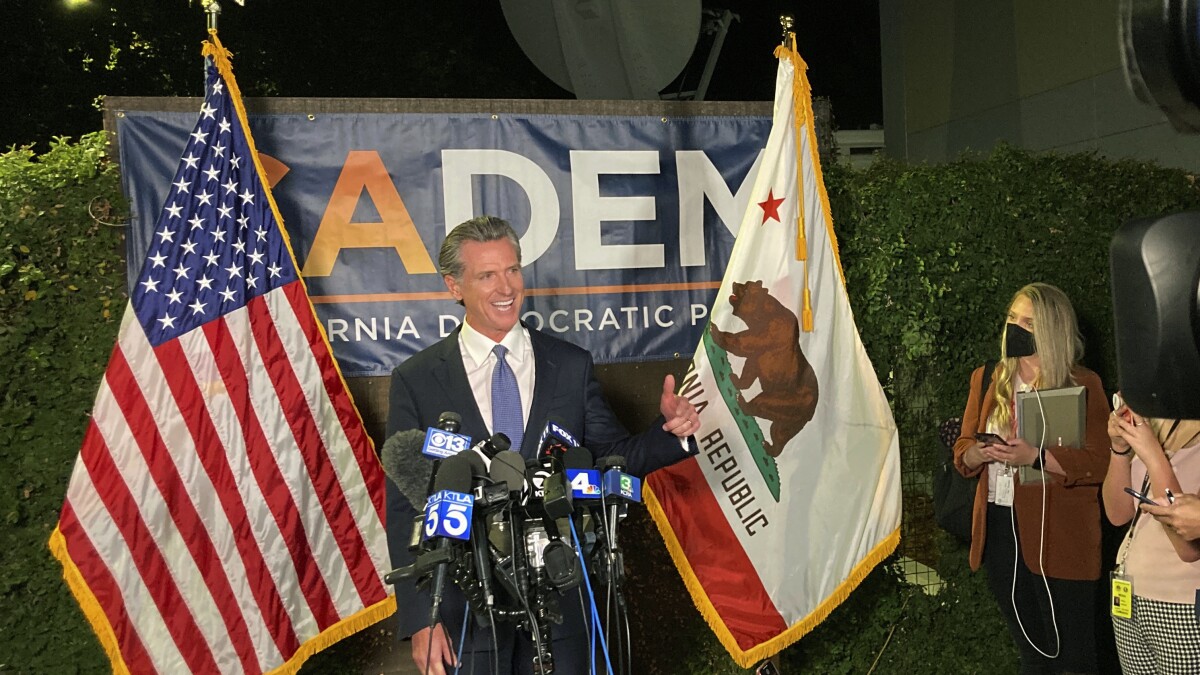 After months of worrying about the fate of California, we will sleep easier now that Gov. Gavin Newsom will not be removed from office early and replaced by right-wing provocateur Larry Elder, a radio host with no experience in elective office and who doesn’t seem interested in being a governor for all Californians — only those who share his extremist, intolerant views.

Californians voted overwhelmingly to support Newsom. This is what the recent polls predicted, based on the early and heavy turnout of Democratic voters, who outnumber Republicans nearly 2 to 1 in California.

Elder, as expected, led the field of replacement candidates. He admitted defeat Tuesday night, telling supporters “We may have lost the battle. But we’re going to win the war.” It was a nice surprise given that before election day, Elder and other Republicans had seeded the suspicion that if the recall failed it would be due to fraud rather than the more plausible scenario that millions of voters, most of them Democrats, heard what Elder had to offer and said “no thanks.”

Voters evidently saw through the smokescreen that recall proponents threw up about how Newsom was responsible for every bad thing that has happened in California over the last few years: wildfires, COVID-19, homelessness, crime, income equality, and on and on.

The decision to reject the recall is the best outcome for California. Even if you dislike Newsom, it would have been a disaster to abruptly hand over leadership of the state to Elder or any of the other 45 people listed on the replacement ballot in the middle of a public health crisis and with a regular election little more than a year away. Moreover, Newsom has been a strong leader during one of the most challenging periods in California’s recent history. It would have been madness to swap him for anyone, let alone someone with no relevant experience.

While recall is an important tool for democracy, it should be used sparingly and only in cases of clear dereliction of duty — and certainly not as a cynical ploy by political opponents to remove a legitimately elected governor. This was not about Newsom’s performance, not really. The recall started life as a referendum on Newsom’s liberal values, which were clear when he won with 62% of the vote in the 2018 election.

It’s unfortunate taxpayers had to spend between $200 million and $400 million to hold an election that didn’t change anything. But it could pay off down the road if it convinces the state’s Republicans that using the recall isn’t a fair, honorable — or even effective — way to win office. Yes, it worked in 2003, when Arnold Schwarzenegger replaced Gov. Gray Davis, but that was an unique situation driven in large part by the fame of the winning candidate.

If Republicans want to end the “one-party rule” in California, then it’s up to them to develop a platform that appeals to voters, rather than trying to gain power by gaming the state’s direct democracy system.

Newsom can get back to work but he should not rest on his laurels — he’s got another election in less than 14 months. The recall failed, but millions of people voted to oust him nonetheless. That the recall qualified at all, rather than dying in the signature-gathering stage as most recall efforts do, exposed a deep ambivalence by Californians about the direction of the state.

Though the dust hasn’t yet settled on this election, let’s start talking about fixing the state’s deeply flawed recall law. This election has shown that the process is confusing and the outcome potentially undemocratic. It takes a majority of voters to oust the governor (or any elected official), but the replacement needs only to win a plurality of votes. A system that makes it possible for a California governor to be replaced with someone who has received a small fraction of the total votes cast in the election is nuts.

California has escaped that possibility this time. Let’s do more than hope there isn’t a next time.

Joan Washington, Dialect Coach to the Stars, Dies at 74