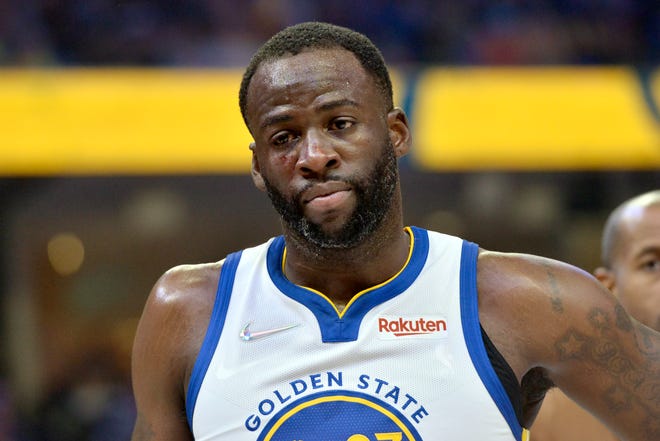 
Moments after Dillon Brooks was ejected in the first quarter of Game 2 between the Memphis Grizzlies and the Golden State Warriors, Draymond Green went down after an elbow to the face by Xavier Tillman Jr.

Green got up with blood on his face and then made his way to locker room.

On his way down the tunnel, Green lifted both middle fingers to the Memphis crowd.

The Warriors forward was ejected in Game 1 after a flagrant-foul 2 after hitting Brandon Clarke in the face.

Green eventually returned to the game after receiving stitches “for a right eye laceration.”

Green and Tillman both played college basketball at Michigan State.

Trisha Easto is a digital producer for the USA Today Network. You can find her on Twitter @trishaanicole