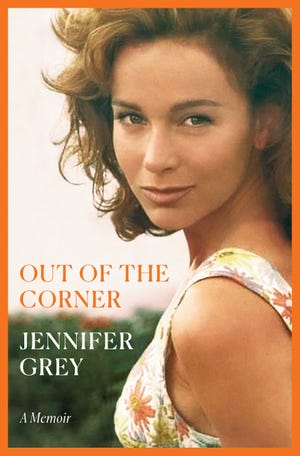 
Jennifer Grey is done being a people pleaser.

The “Dirty Dancing” actress, 62, is reclaiming her narrative and no longer “fearing other people’s disappointment or discomfort,” Grey tells USA TODAY.

In her new memoir “Out of the Corner” (Ballantine, 352 pp., out now), Grey takes readers on a candid tour of her life and career, from her breakout performance in “Ferris Bueller’s Day Off,” which stars her ex-fiancé, Matthew Broderick, to the “Dirty Dancing” role that changed it all, through her Season 11 win on “Dancing With the Stars,” sharing lessons on heartbreak, self-worth and family. “The story we tell is so much more powerful than we realize,” she says.

At the heart of Grey’s memoir is resilience. “There’s always a way out,” she says. “And if you can see the ways in which you were the architect of your own adversity, then you can be the architect to get yourself the hell out.”

As she tried to find her footing in Hollywood, the daughter of Oscar-winner Joel Grey (“Cabaret”) and actor Jo Wilder had big shoes to fill. Grey dealt with naysayers and a relentless industry that wasn’t ready to accept women who looked like her, she writes. Grey didn’t want to budge but her mother agreed, advising her at a young age that a nose job would be the solution to making it in Hollywood.

But there’s more to Grey than rhinoplasty and the famous “Nobody puts Baby in a corner” line from “Dirty Dancing.”

In “Out of the Corner,” Grey refreshingly tells it how it is and how it was, taking ownership of her experiences in a lighthearted, and at times heartbreaking, manner. And like any celebrity memoir writer, she also dishes on the circle of Hollywood A-listers she adventured with.

Grey writes of her “fervent cheerleader” Madonna, as the “Like a Virgin” singer dealt with a messy divorce from Sean Penn, and Grey picked up the pieces of her rocky relationship with Broderick (Penn even left Grey an angry voicemail after she warned Winona Ryder about him, she writes). As the two ventured into “single lady dom,” Madonna threw Grey a “slut party” where she invited a “sexy as (expletive)”  Alec Baldwin as a surprise birthday present (she later dated Baldwin’s brother William, or “Billy,” as she calls him).

She also revisits her complicated feelings toward two-time co-star Patrick Swayze, a tragic car accident with Broderick in Ireland that killed two others before the premiere of “Dirty Dancing,” followed by her brief but intense relationship — and engagement — with Johnny Depp and later meeting her husband Clark Gregg, with whom she shares 20-year-old daughter Stella.

But again, Grey’s memoir tackles more than the clickbaity headlines.

This interview has been edited and condensed.

Question: What made you write “Out of the Corner”?

Jennifer Grey: This book is a deep dive into my life. It’s choices that I made, whether consciously, reflexively, or because of what was modeled for me. As we age, we become more distilled versions of ourselves.

It’s interesting to reframe things in a way with distance, with life having been lived, and realize there are certain things that I assumed were empirical truths that aren’t. Writing the book forced me to really slow down and examine if the story I’ve been telling was giving me my best life…  I got more out of writing this book than all the years of therapy because I wanted to be unflinching in my desire for my truth.

Q: In July 2020, you announced your divorce after having been separated from your ex-husband and actor Clark Gregg. How was it to navigate this during the pandemic?

Grey: It was a very introspective time for a lot of people. What I knew was that there was a certain amount of grace to my ex-husband and I separating. We did it with so much love, and so much care. I’m just so proud of how we navigated something that from what I can tell in the world is not usually (like that). I have never loved him more. I feel enormous gratitude and I love him and care for him. It wasn’t like I was dealing with (something) unpleasant. Divorce is very, very, intense. The separating of lives that was once one, it’s a very intense undertaking.

Q: You write about Broderick undermining your career. For example, there’s a point after the car accident when he and his camp advise you to skip out on the “Dirty Dancing” premieres, and prior, Broderick was set on not attending the premiere, saying, “I won’t ever sit through that again.”

Grey: Those were choices that I made to have all of that information and stay – to choose a person who is not a bad person, (a person) who loved me, who I loved, and the way those things were expressed to me was acceptable to me. That tells me so much more about me than about him. His story is not for me to tell except I’m sure it came from fear and vulnerability. When we’re frightened, we say and do things that are not our highest self. I can’t speak to him. I’m not him. But I can tell you that I made those choices. I was attracted to that. I wanted to be with that. And on some level, I believed that that was true and that it was a reflection of my worth.

Q: Looking back on the relationships you were in, and the people you surrounded yourself with, how has that put things into perspective for you as a mother?

Grey: I think about my daughter being in situations that I was in as a teenager, you know, way before “Dirty Dancing” or any of that. When I think about her in those situations, I find it stunning that I didn’t understand how much it was going to cost me. It was a reflection of my self-worth. I interpreted it as my power that I was in those situations, but it was my not having the ability to assess how dangerous it was and how a person who puts themselves in that position is not someone who really values themselves the way I wished I had valued myself.

Q: You also explore the relationship you had with your mother and the comments she would make about your appearance. Did that influence how you approached motherhood?

Grey: My mother has always loved me and I have always loved my mother. And my mother, I believe, like a lot of mothers – we project onto our kids feelings about ourselves, and also the ways in which we want to protect our children and keep them out of harm’s way. It might come out in ways that hurt or sting or may not be the most productive, but never in my entire life would my mother aim to say anything to hurt me . It’s just not even in the realm of possibility.

I know there’s nothing more humbling than being a mother because there’s nothing in the world that I’ve ever cared about as much as the way I’ve mothered my child when she was little and now as a young woman. I make mistakes daily, and I’m constantly course-correcting. I’m constantly aiming for the best possible outcome for her. Motherhood is a Sisyphean prospect because it defies perfection. It is one of those things where you’re taking your history and everything you’ve learned and you’re trying (impart) it to this being. And all you want is for them to have everything they need for their journey.

‘Stepping Back From the Ledge’ by Laura Trujillo:A daughter’s search for truth and renewal after her mother’s suicide

Q: Had it not been for “DWTS,” you may have never known about the extent of your injuries from the 1987 car crash and you wouldn’t have found out you had cancer. How was it, finding out about these injuries?

Grey: I realized I loved dancing and I hadn’t danced for 20 years because of my fear that people would be disappointed I wasn’t good enough or the girl from “Dirty Dancing” who couldn’t learn fast enough. From that experience, I found I had cancer and that I had had it for four and a half years, but the doctor who looked at my spine said not only should you not be in a car, you’re lucky you’re not paralyzed. Your head is hanging off your spine and this is why you’ve been in pain for 20 years.  The fact is this reality show saved my life – a show I only did for my daughter and because Marlee Matlin had told me it was a life-changing experience. It was almost like it set the ball in motion of facing my fears. If I hadn’t had a bad accident and hurt my neck, then they wouldn’t have found the thyroid mass. So in a way, the accident that I thought was maybe one of the worst things that happened to me saved my life.

Q: That’s a huge theme of your book. You write: “what if the ‘worst things’ end up being the most transformative.” Can you speak more on that?

Grey: I believe that of every single thing that I wrote about. If you said to me, “List the worst things that have ever happened to you.” I believe that everything that really got my attention like getting my heart broken, getting in a car accident, and being injured – each of them changed me. They changed me for the better, I think of those (lessons) as my teachers. I noticed that if I got through that, I could get through this now. Each of those things has shaped me.

Terry Crews had a ‘false idea’ of masculinity: ‘I walked around this world with my chest puffed out’

Q: Can you give us any details on the new “Dirty Dancing” film?

Grey: I’m going to be playing Baby as an adult and also working as executive producer of the film, and I can tell you it will involve Kellerman’s (Mountain House), music, dancing and romance. I’m heavily and deeply committed to creating a story and a movie that is its own movie, that can satisfy the desires of the fans while keeping the original “Dirty Dancing” intact and safe.

‘I was no longer me’:Jennifer Grey on the late Patrick Swayze, nose job that made her ‘invisible’

Viola Davis is raw in new memoir ‘Finding Me’: Here’s what we learned reading her book