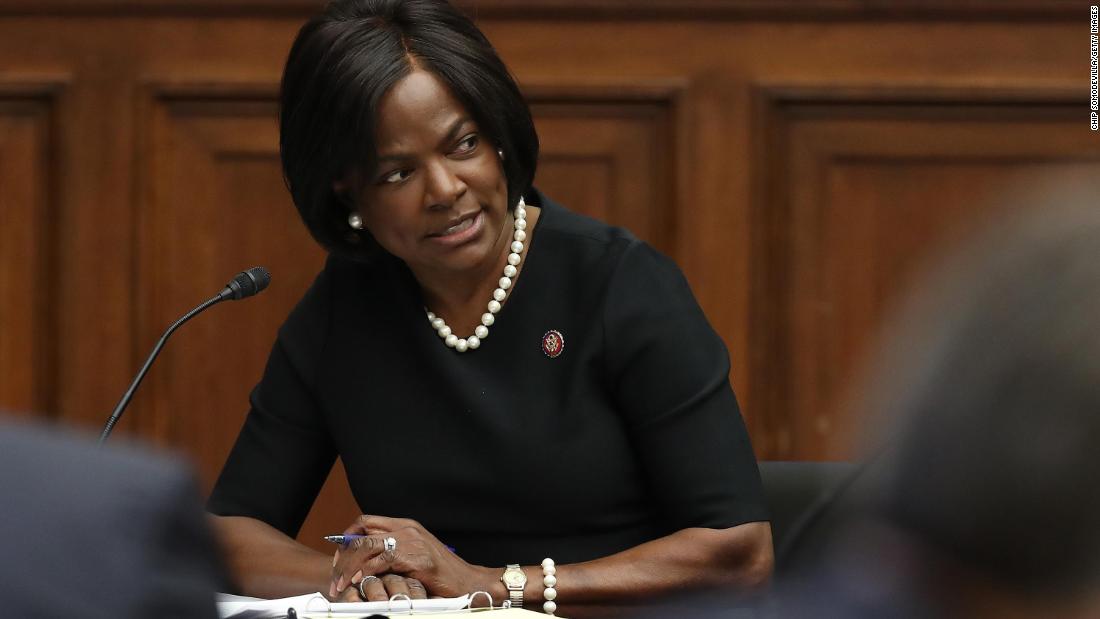 The Florida Democrat sought to highlight her resume, which includes serving as a chief prosecutor of President Donald Trump’s actions in office during his first impeachment trial and experience running a large city’s police force.

With a pitch of expanding her “unlikely story of opportunity” to other Floridians, Demings in her campaign video spoke of her humble beginnings, to her rise to the top of the Orlando Police Department to becoming a congresswoman who “brought law and order to a lawless president.”

Demings’ background as a law enforcement officer, rather than a lawyer, made her stand out among the team charged with making the case that Trump withheld a White House meeting and $400 million in security aid to pressure Ukraine to investigate then-Democratic candidate Joe Biden.

In remarks before the House Judiciary voted to approve the articles of impeachment against Trump, Demings drew on her personal experiences and family story when describing her support for the impeachment inquiry.

“I’ve enforced the laws and now I write the laws, and I know that nobody is above the law. But the law means nothing if the accused, whether the man who breaks into your house or the president, can destroy evidence, stop witnesses from testifying and blatantly refuse to cooperate in the investigation,” she added.

Born in Jacksonville, Florida, in 1957, Demings grew up in poverty, the youngest of seven children. Her father James was a janitor and her mother Elouise was a housekeeper.

Growing up in the South, Demings attended segregated schools for much of her childhood before becoming the first in her family to graduate college.

She briefly worked as a social worker in Florida, before joining the Orlando Police Department in 1983. She steadily rose through the ranks and in 2007 became the first woman to lead the department.

Demings often cites the FBI statistic that violent crime rate in Orlando fell more than 40% during her tenure.

As chief, she launched a project intended to revitalize one of Orlando’s crime-ridden housing complexes, by providing programs such as job skills training and building playgrounds.

Her role as impeachment manager, law enforcement background, and compelling personal story eventually led Biden to consider Demings as a potential running mate in the 2020 election, after pledging to pick a woman for the role. Demings was open to accepting the job, but it was her lengthy law enforcement career that complicated her chances of being selected for the Democratic presidential ticket.

Her nearly three decades with the Orlando Police Department and three-year tenure as the chief, which had long been an asset campaigning in Florida, started receiving renewed scrutiny.

As the nation was reckoning with racism and police brutality, some top Democrats felt Demings, as a Black congresswoman with law enforcement experience, would be a perfect pick given the moment, while others argued she was too intertwined with the establishment and pointed to her past defense of how the Orlando Police Department handled cases.

The Orlando Sentinel found that the Orlando Police Department, in just one year under Demings, used force 574 times, around 20% more than officers in some similarly sized cities.
As police chief, Demings responded in a 2008 op-ed, writing, “Looking for a negative story in a police department is like looking for a prayer at church. It won’t take long to find one.”
When she was under consideration as Biden’s VP pick last year, she had told CNN in an interview that she became an police officer with hopes of changing an entity viewed skeptically by Black Americans from the inside.

She retired from the police force in 2011, turning to a career in politics. She unsuccessfully ran for Congress in 2012 and Orange County mayor in 2014 but won her first elected office to represent Florida’s 10th Congressional District in 2016. She was reelected to her seat in 2018 and in 2020.

She also sits on the House Homeland Security Committee, in addition to the Judiciary and Intelligence panels, and has sponsored gun legislation, including recently introducing a legislative package that would require firearm assembly kits to be considered to be firearms, among other things.

Her congressional biography notes how she “enjoys spending her very limited free time” riding her Harley-Davidson motorcycle and has completed a marathon.

She and her husband, Jerry Demings, the current mayor of Orange County, Florida, have three children and five grandchildren.

The State of Schools as the Pandemic Wanes

Biden, en route to Europe, said he will unveil a global vaccination plan.