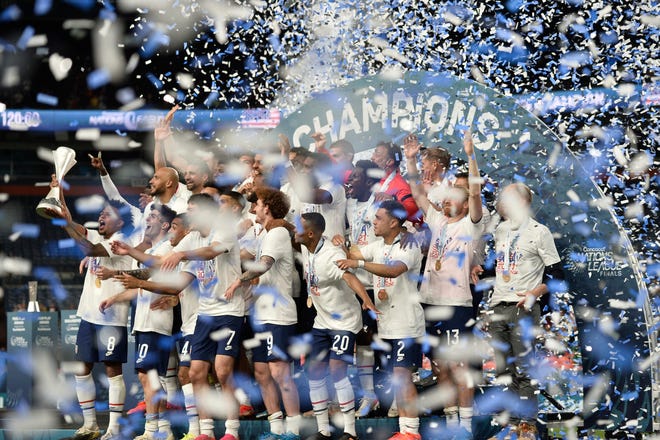 The United States isn’t waiting to move on from its anxiety-filled victory over Mexico in the inaugural Concacaf Nations League final. The team will travel West to Rio Tinto Stadium in Sandy, Utah to play Costa Rica for one last tune-up before this summer’s Gold Cup

The U.S. failed to qualify for the 2018 World Cup and before Sunday night, hadn’t had much to celebrate since winning the continental tournament in 2017.

But things are different this year. The crowded schedule is meant to simulate the pace of the upcoming World Cup qualifying schedule and test the team.

It could’ve been all for naught. Ethan Horvath, the USMNT’s second-string goalie relieved starter Zack Steffen who limped off the pitch with a knee injury in the 69th minute. Steffen will remain out against Costa Rica with a bone bruise.

During the final moments of extra time, Horvath saved a penalty kick to preserve the win. Through the turbulence, drama and antics. After the beer flew and the penalty kicks were taken, the USMT made its first statement in years.

“It’s exactly what we needed,” midfielder Tyler Adams said. “As a young group, you have to be playing these games, where there’s a different type of pressure on you.”

Wednesday’s exhibition proves such an opportunity for the team, whose lineup had an average age of 24 years and 206 in Sunday’s final, to continue building confidence heading into a crucial few months

“Our work’s not done,” Berhalter said.