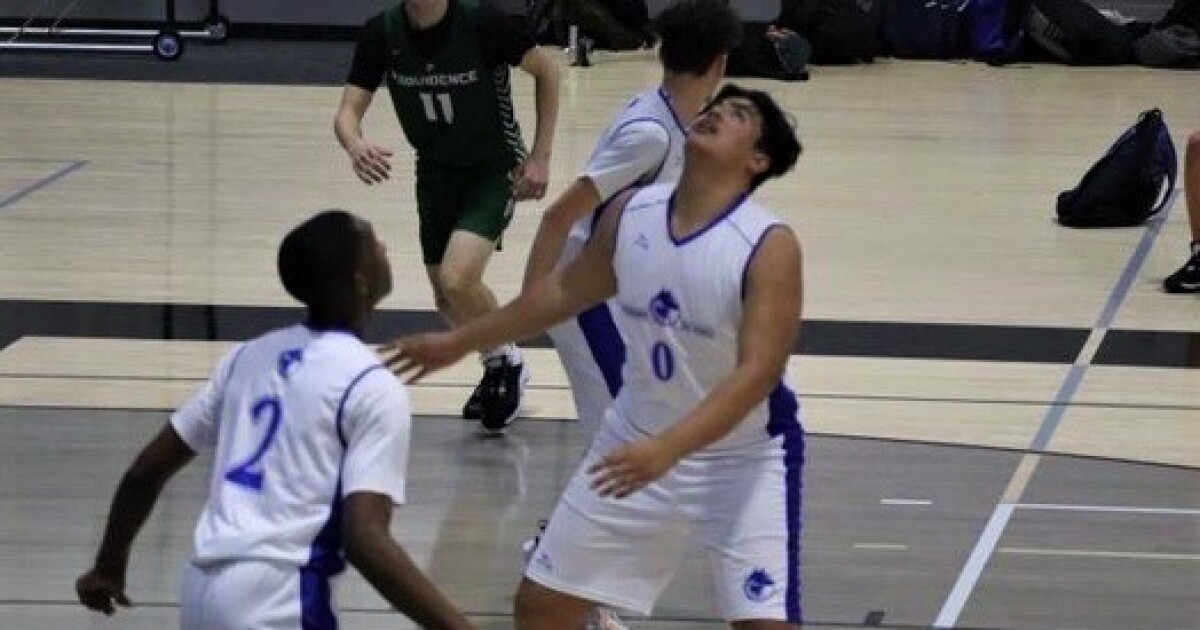 Taka Mahe, 17, is headed on a journey that could lead to a book deal, Netflix series or a movie. Like many adventures, it depends on how it turns out.

He’s a senior at Wiseburn-Da Vinci, a charter school in El Segundo with no football team. He’s 6 feet 6, 330 pounds and a standout for the basketball team. He last played football when he was 13.

While playing for a travel basketball team this last year, he said a staff member for UCLA’s football team spotted him and inquired about his background. His father is from Tonga and being big creates excitement for college recruiters. Suddenly, the conversation turned to whether Mahe would be interested in playing football.

“Me and my parents had a lengthy conversation about my commitment and how I had to be in all the way,” Mahe said. “I’ve been committed for two months.”

With no idea how to be a lineman, let alone put on pads correctly, he started learning the game two months ago from former San Francisco 49ers great Jesse Sapolu, a four-time Super Bowl winner who has a school for linemen.

“He’s got athletic ability,” Sapolu said. “We’ve been working on his fundamentals trying to introduce how to recognize schemes. There’s no question that kid has great potential.”

There have been success stories with turning basketball players into football players. The challenge for Mahe will be going from never playing football in high school to trying to learn on the fly at UCLA, where he said he has enrolled as a preferred walk-on.

“Over the summer, before going to UCLA, I’ll be getting my body right, learning offense and defense and the whole game of football,” he said.

Mahe attends Da Vinci because he followed an older sister to the school. If there had been a football team, he probably would have played. He has always watched football on TV.

“My dad was, ‘If you want to play football, you can.’ Mom said, ‘You don’t have to.’ I always stuck to basketball,” he said.

In what probably was his final basketball game on Tuesday night, he scored 21 points and had 12 rebounds in a heartbreaking 65-64 playoff loss to Arcadia at the buzzer in the Southern Section 4AA quarterfinals.

Now he’s changing focus to see if his size is better suited for football.

“Being Polynesian, I’ve been surrounded by others being tough my whole life, and I feel I can apply that on the football field,” he said.

He’s got a lot of catching up to do, starting with putting on pads.

“I’ve put on pads before,” he said. “It would probably take five minutes.”

Sapolu is willing to give him a crash course.

“I think he’s worth the investment,” he said. “I’ve had New Zealand and Australian rugby players make it to the NFL. It’s been done. It’s a matter of getting him in the right situation and not rushing him too much.”

Said Mahe: “I’m willing to try this for a long time.”

He better start a diary, because if it all works out, it won’t be hard to find an agent to sell his story.