RPNEWSPAPER
Home Health Closer to a Vaccine for Young Kids 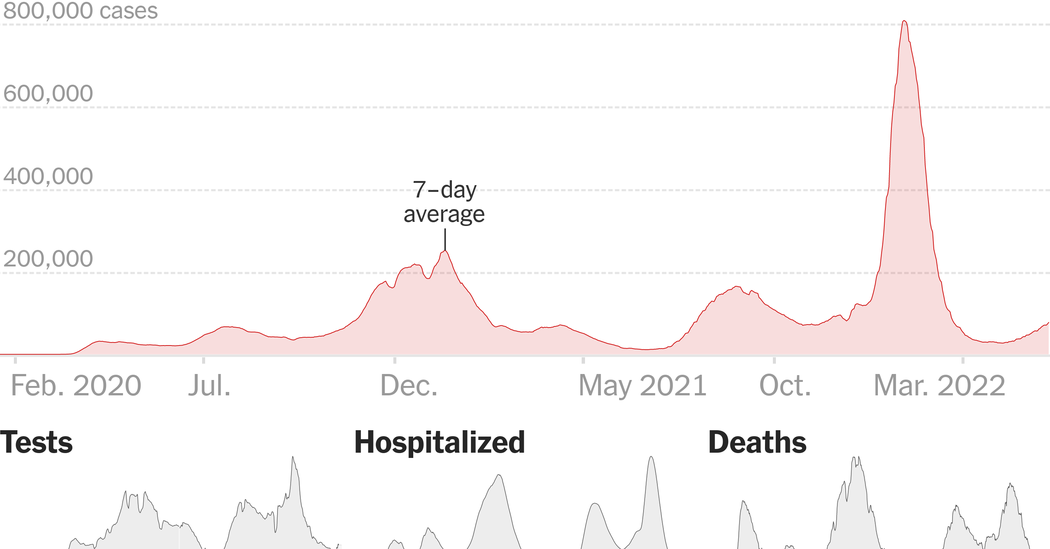 
Closer to a vaccine for young kids

June is shaping up to be a big month for vaccines for young children.

Currently there is no vaccine available for children younger than 5, forcing parents to rely on flimsier protective measures.

As we wait, we’re getting new data about how well Moderna’s vaccine works in young children. A new study published today in The New England Journal of Medicine found that the company’s vaccine elicited a strong immune response in young children — at least against the Delta variant, my colleague Apoorva Mandavilli reports.

In the clinical trial, which included only children 6 to 11 years old, Moderna gave half the adult dose — 50 micrograms — or a placebo, to 4,000 children.

To understand how well the vaccine worked, the researchers measured the children’s antibody levels after they were vaccinated. Those who received the vaccine produced antibody levels that were slightly higher than those seen in young adults, a promising sign.

The children experienced only minor side effects — including pain at the injection site, headache and fatigue — and less often than adults. But the trial was not large enough to detect rarer side effects, like the heart problems observed in other age groups, nor was it large enough to assess the vaccine’s ability to forestall severe disease or death.

But based on small numbers of infections with the Delta variant among the participants, the researchers estimated that the vaccine had an efficacy of 88 percent against infection.

While Moderna’s trial measured the vaccine’s power against the Delta variant, the company is still assessing its performance against Omicron. Independent teams have reported that the Moderna vaccine elicits a strong immune response in children 7 to 11 years as well as adolescents against Omicron, but the antibodies appear to wane over time, as they do in adults.

Still, as we approach another pandemic summer, millions of American parents are entering yet another season uncertain whether a vaccine will soon be made available for their young children. The process has been particularly confusing and unfair for these parents, who still do not have a vaccine more than two years into the pandemic, Dr. Sallie Permar, an expert in pediatric vaccines at Weill Cornell Medicine in New York, said.

“We really can’t do it this way in the future — we can’t leave children to the very last,” Dr. Permar said.

A spike in gun deaths

Gun deaths in the U.S. reached the highest number ever recorded during the first year of the pandemic, the C.D.C. reported.

More than 45,000 Americans died in gun-related incidents in 2020 in the U.S., and gun-related homicides surged by 35 percent, the highest gun homicide rate reported since 1994.

The new numbers also revealed widened disparities. The largest increases in homicides involving guns were in poor communities and exacted a disproportionate toll on younger Black men in particular. Deaths of Black women, though smaller in number, also increased significantly.

The rise in gun violence has afflicted cities of every size, in both blue and red states, leaving law enforcement scrambling for answers. The C.D.C. report was confirmation of something that many Americans had already sensed: Amid the stress and upheaval, citizens turned to guns in numbers rarely seen.

“Something has happened to the American people during this two years that has taken violence to a new level,” said Chuck Wexler, the executive director of the Police Executive Research Forum, a nonprofit that studies law enforcement policy. “We don’t know what it is, but if you talk to police chiefs they will tell you that what used to be some small altercation now becomes a shooting and a homicide.”

What else we’re following

I am an artist and I am almost 80. I have been working toward a gallery exhibition for 3 to 4 years and it will most likely be my last solo show. As the reports of the next surge of Omicron work their way onto the public radar, I see my opportunity slowly eroding. I have thrown all my energy, time and money into this exhibition. I thought surely we would have rounded the corner on this viral scourge by now. But there is increasing chatter about going virtual as the hoped-for finish line keeps receding into the future. We’re all sick of living life virtually. I selfishly want and need this final opportunity to happen. I’m on a slippery slope and sorrier than I can say.

Let us know how you’re dealing with the pandemic. Send us a response here, and we may feature it in an upcoming newsletter.

Sign up here to get the briefing by email.

Email your thoughts to briefing@nytimes.com.