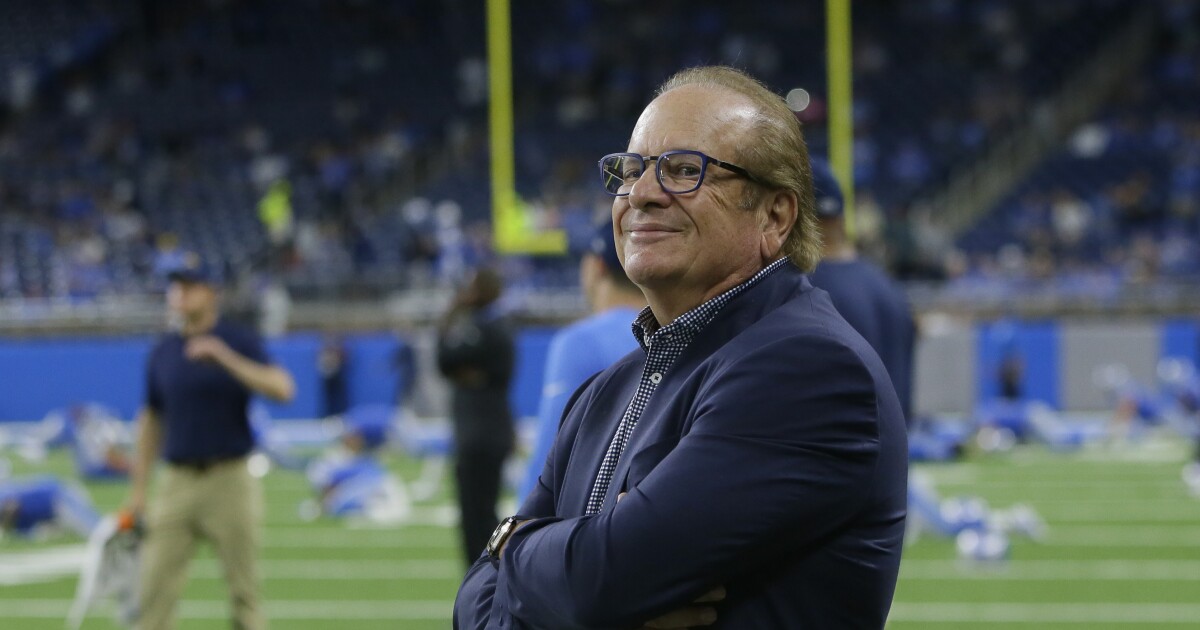 Two months after a sister of Chargers controlling owner Dean Spanos filed a court petition to try to force the sale of the team, a dispute has emerged over whether the matter should be resolved by the NFL or through the judicial system.

The attorney, Adam Streisand, wrote in the petition that “relief is urgently needed” because the NFL told Berberian and Spanos that Commissioner Roger Goodell has “exclusive arbitral jurisdiction” and the league would decide “whether this court or the NFL has jurisdiction.”

An NFL spokesman declined to comment on the league’s involvement in the dispute.

The April petition by Berberian, who serves as co-trustee of the family trust along with her brother, alleged the trust’s debts and expenses exceed $353 million with little hope for the situation to be reversed. The trust owns 36% of the Chargers, while Berberian, Spanos and their two siblings each control 15% of the franchise.

The petition wants the court to order Berberian and Spanos to sell the trust’s interest in the Chargers and exercise a provision of the trust that would compel the team’s other shareholders to do the same.

Dean Spanos and his two other siblings have vigorously opposed their sister’s effort, calling it a “misguided personal agenda” in a previous statement.

NFL executive Jeff Pash sent a letter to the parties May 4 saying “it appears that the dispute must be resolved through the internal dispute resolution mechanism established by the NFL Constitution and Bylaws” because the disagreement is between two owners and the relief Berberian seeks would impact ownership of the team.

Pash’s letter, attached to Thursday’s court filing, instructed the parties not to comment on the litigation or the “underlying dispute” or “take any action that would involve further litigation.”

Two weeks later, Joseph Shenker, an attorney for Spanos, sent a brief letter to the league agreeing that the dispute should be resolved by Goodell.

In a 23-page letter sent to the NFL the same day, Streisand raised numerous objections.

“Frankly, it is surprising that the League would seek to insinuate itself in this matter, or that it would believe it has the competence to make determinations about how these Co-Trustees must exercise their fiduciary duties under the California Probate Code,” Streisand wrote.

Shenker responded to Streisand’s letter in follow-up note to the league last week on behalf of Spanos.

“Dea’s submission misconstrues both the scope of the dispute she seeks to have resolved and the different ownership positions of the parties to it, and ignores her express agreement to adhere to the NFL Constitution, including its arbitration provisions,” Shenker wrote.

In the letter, Shenker took issue with Berberian’s accusations in the initial petition about the trust’s financial position, writing that it has a “conservative net worth in excess of $117 million” and the situation is “anything but dire.” He alleged the Berberian “has taken steps to go against the will of her parents and her other three siblings.”

In the midst of the back and forth, Spanos’ attorneys filed a motion to change the venue from Los Angeles to San Joaquin County because the trust is administered from Stockton. That motion accused Berberian’s legal team of filing the initial petition in L.A. as part of a “transparent, but improper, ploy to maximize publicity.”

But Thursday’s ex parte filing — which said the trust is “drowning under debt” — sets up another showdown in a dispute with wide-ranging implications.

“The NFL is expected to make its ‘decision’ about this Court’s jurisdiction imminently,” the filing said. “Dea believes, sadly, that the NFL’s ‘decision’ is a foregone conclusion …”

Pat Riley’s comment about LeBron James draws a $25,000 slap on the wrist for tampering