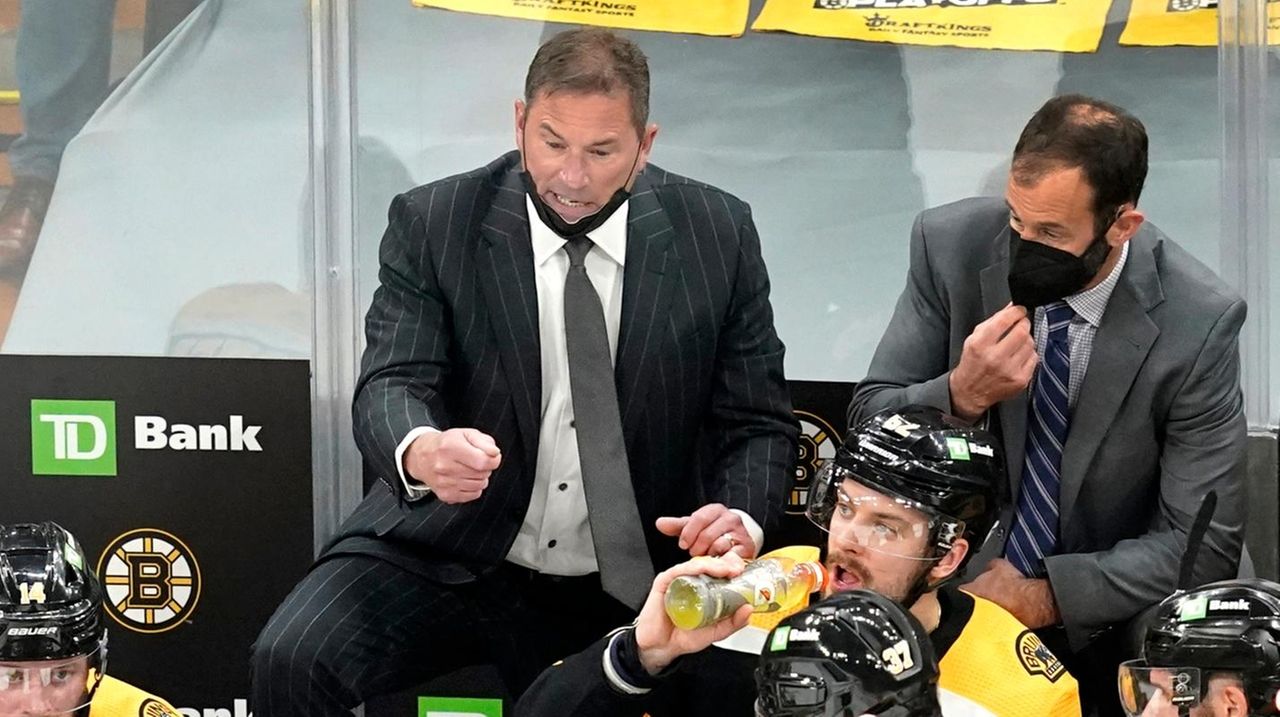 It was an expensive Tuesday for the Bruins, on the cusp of elimination heading into Wednesday night’s Game 6 of their second-round series against the Islanders at Nassau Coliseum.

The NHL fined coach Bruce Cassidy $25,000 for comments after the Islanders’ 5-4 win in Monday night’s Game 5 at TD Garden the league deemed critical of its on-ice officials. Bruins left wing Nick Ritchie was fined the maximum $5,000 for an unpenalized first-period elbow to defenseman Scott Mayfield

Also this series, Bruins right wing Jake DeBrusk was fined $5,000 after hitting Mayfield in the back of the head in Game 2, though no cross-checking penalty was called. And Bruins center David Krejci was fined $5,000 for getting his stick into Mathew Barzal’s groin area in Game 4. Krejci initially received a five-minute spearing major but that was quickly reduced to a two-minute slash by the officials.

Cassidy ran afoul of the league for saying the Islanders acted like the “New York Saints.” Cassidy said Tuesday those comments were not directed at the officiating crew. Islanders coach Barry Trotz declined to comment.

Trotz said Oliver Wahlstrom (lower body) continues to be considered day-to-day and has not been available to play. The rookie right wing has been skating . . . The Islanders’ AHL affiliate in Bridgeport announced six guaranteed home dates at Webster Bank Arena, including the home opener on Oct. 23. The AHL will announce its complete schedule this summer, with the season expected to begin on Oct. 15.

Cassidy said fourth-line center Curtis Lazar suffered a lower-body injury attempting to check Adam Pelech on Monday and will not be available for Game 6. Defensemen Brandon Carlo and Kevan Miller remain unavailable. Goalie Tuukka Rask’s status will be determined Wednesday after he exited Game 5 after two periods for health reasons.

Andrew Gross joined Newsday in 2018 to cover the Islanders. He began reporting on the NHL in 2003 and has previously covered the Rangers and Devils. Other assignments have included the Jets, St. John’s and MLB.