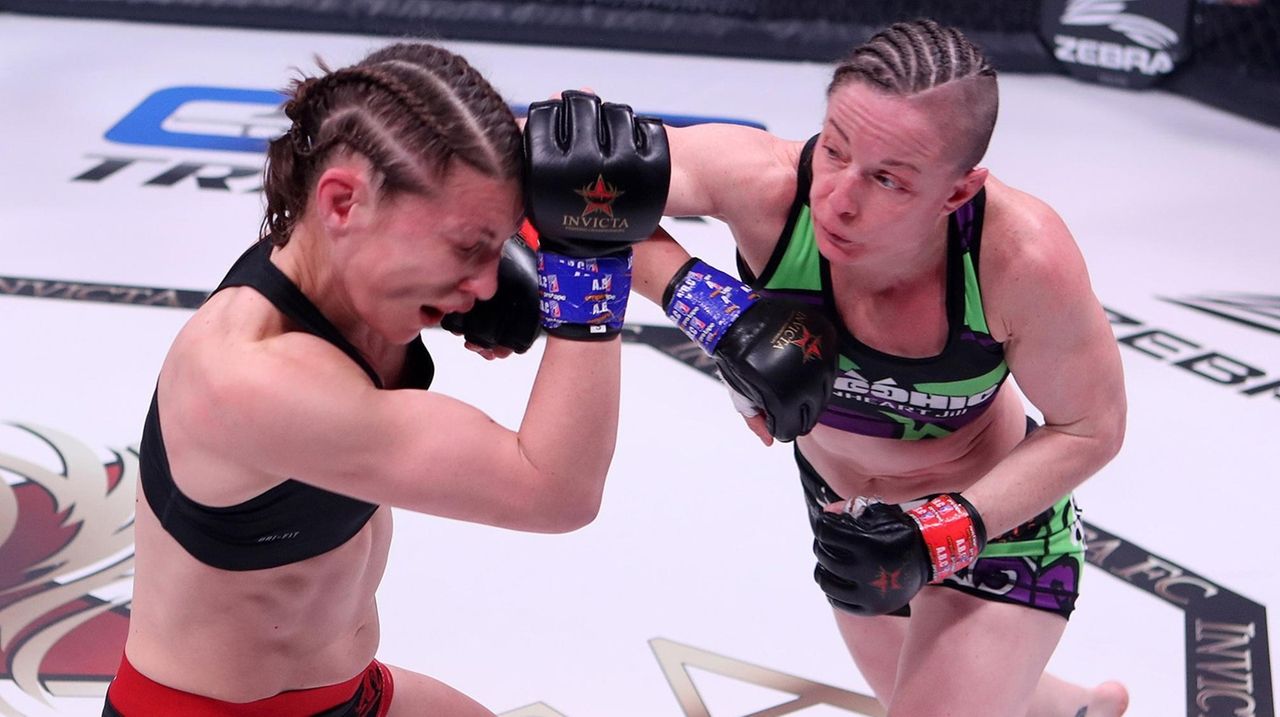 Bellmore’s Jillian DeCoursey flew to Kansas City to punch someone in the face.

Maybe Jessica Delboni will get it. Or perhaps Lindsey VanZandt or Katie Perez will catch those hands. Or it could be any of four other women. DeCoursey has no idea yet.

She has to wait until Thursday afternoon to find out her first-round opponent for Friday’s Invicta FC Phoenix Tournament. The one-night event for these atomweights (105 pounds) begins with a quarterfinal pairing determined by fan voting and ends with a guaranteed title shot in the near future against champion Alesha Zappitella.

“Definitely a lot of pressure, a lot at stake,” said DeCoursey, who grew up in Queens. “So, I think that’s going to bring a different dynamic and a different intensity to the fight because of what’s at stake. So, everybody’s going to be coming out gunning.”

The structure of Friday’s tournament at Memorial Hall in Kansas City makes training for it a little different than it would be for a regular fight. The quarterfinals and semifinals each are one round. The quarterfinal winner with the fastest finish can select their semifinal opponent. If all four quarterfinals go the distance, a random draw will determine the semifinal pairings. The final will be three five-minute rounds.

Training for such a unique night of fighting has its share of strategy to go alongside the physical work.

“For me, it’s focusing on cardio and pushing the pace, and really just kind of fine-tuning and focusing on my game plan and not really worrying about what your opponent might do, because you don’t know who your opponent’s going to be,” said DeCoursey (4-3), a brown belt in jiu-jitsu who trains at Long Island MMA in Farmingdale and Ring Sport Muay Thai in Whitestone.

Fighters often speak of the mental stress of fight week being tougher than anything that goes on inside the cage. The uncertainty of what will happen certainly gets exacerbated by not even knowing the first-round opponent until about 24 hours before walking into the cage.

That’s just one more thing for DeCoursey, who has her own mental health counseling practice in Little Neck, to practice this week.