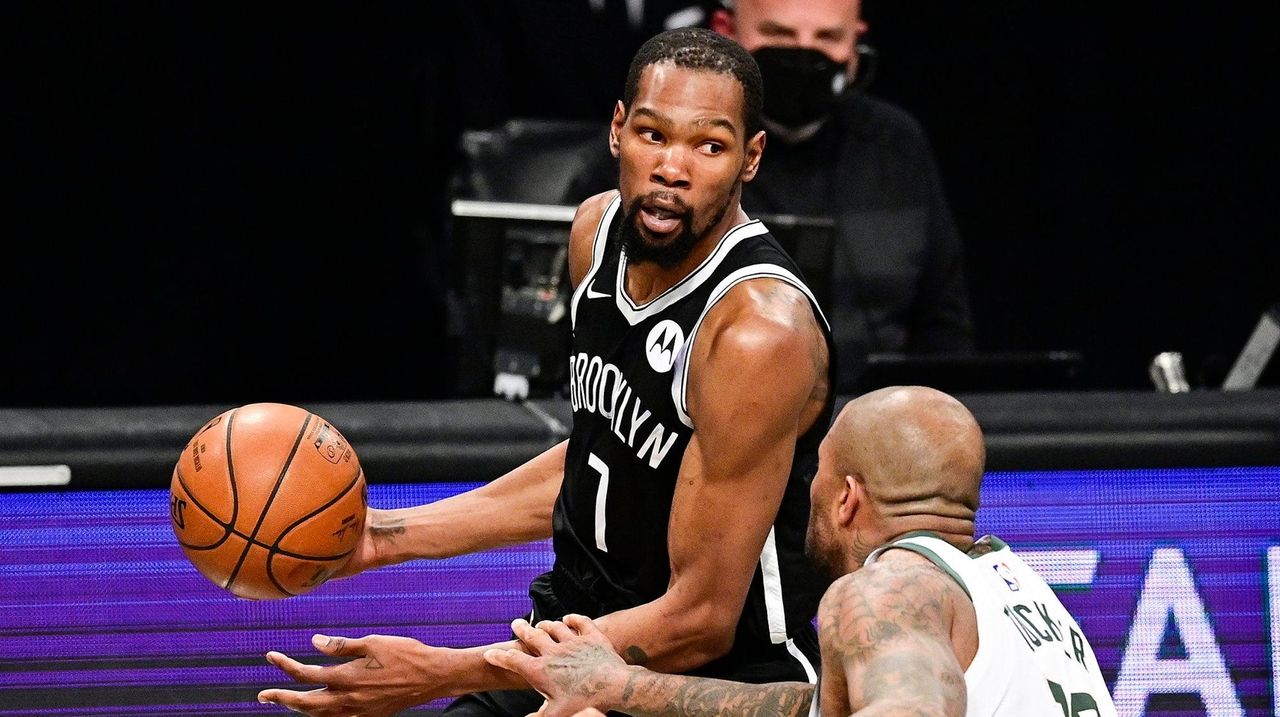 The Nets might have to do this without James Harden.

It took just 43 seconds for the Big 3 to become the Big 2 Saturday night. Less than one minute into Game 1 of their much-anticipated Eastern Conference semifinal series against the Milwaukee Bucks, Harden left the floor clutching his right hamstring. It then was reported on TNT that he had left the Barclay’s Center to get an MRI.

While results of the MRI aren’t known yet, Harden did miss 20 games near the end of the season with a hamstring injury so things do not look good. This is a mean turn of events for a Nets team that was finally getting its three big stars to coalesce. Now it appears very likely that the Net will have to find a way to handle an incredibly tough opponent without one of their biggest stars.

Saturday night, they managed. OK, they more than managed. Maybe it was the adrenaline that comes with having one of your own go down less than a minute into the game, but the Nets showed the Bucks, Harden or not, they are a team to be reckoned with.

During the regular season, Harden, Durant and Kyrie Irving played only eight games together. Yet, all three were so healthy in their five-game first-round win over the Boston Celtics that they scored a combined average of 85.2 points per game.

Harden was the difference-maker against the Bucks in the regular season. The Nets went 1-2 against Milwaukee. Harden missed the two games they lost but scored 34 points in a home win over the Bucks in January.

It was Irving and Durant who first built the foundation for a super team when they decided to sign with the Nets as free agents. So maybe it’s not out of the realm of possibilities to expect them to be able to hang with a start-studded team such as the Bucks without Harden.

The series has been billed as a showdown between Durant and Giannis Antetokounmpo, the two best scorers on the two best offensive teams in the NBA. both are league MVPs. Both are surrounded by incredible offensive talent. And both have something to prove.

What the heck does Durant have to prove, you ask? Durant already has won two NBA titles with Golden State in 2017 and 2018 while being named finals MVP in both series, before suffering a torn Achilles in a finals loss to the Raptors the following year. He already is considered one of the greatest scorers of all time as his career average of 27.02 is the fifth highest of all time, behind only Michael Jordan, Wilt Chamberlain, Elgin Baylor and Jerry West.

Still, the 32-year-old Durant wants another title, and wants to win it with a new team and new teammates that he chose to play with. And the only way for him to do it is to get by the 26-year-old Antetokounmpo, who has won league MVP the last two seasons.

“It’s cool to compete against the best at this stage, this part of the season,” Durant said.

Antetokounmpo also has plenty to prove. For the past two seasons, his Bucks have had the best record in the NBA before stumbling in the playoffs. Two years ago, they were beaten by Toronto in the Eastern Conference finals. Last season, they lost to Miami in a conference semifinal.

Should the Bucks fail again this year, there likely will be some kind of shakeup in Milwaukee — which makes winning this series critical for a team in which most of the key pieces have been together for three years. The Bucks certainly looked incentivized in the first round of the playoffs when they swept the Heat in workmanlike fashion.

“It’s cool to compete against the best at this stage, this part of the season,” Durant said before the game.

Yes, it is. Even if you are missing one of your best.

Barbara Barker is an award-winning columnist and features writer in the sports department at Newsday. She has covered sports in New York for more than 20 years.