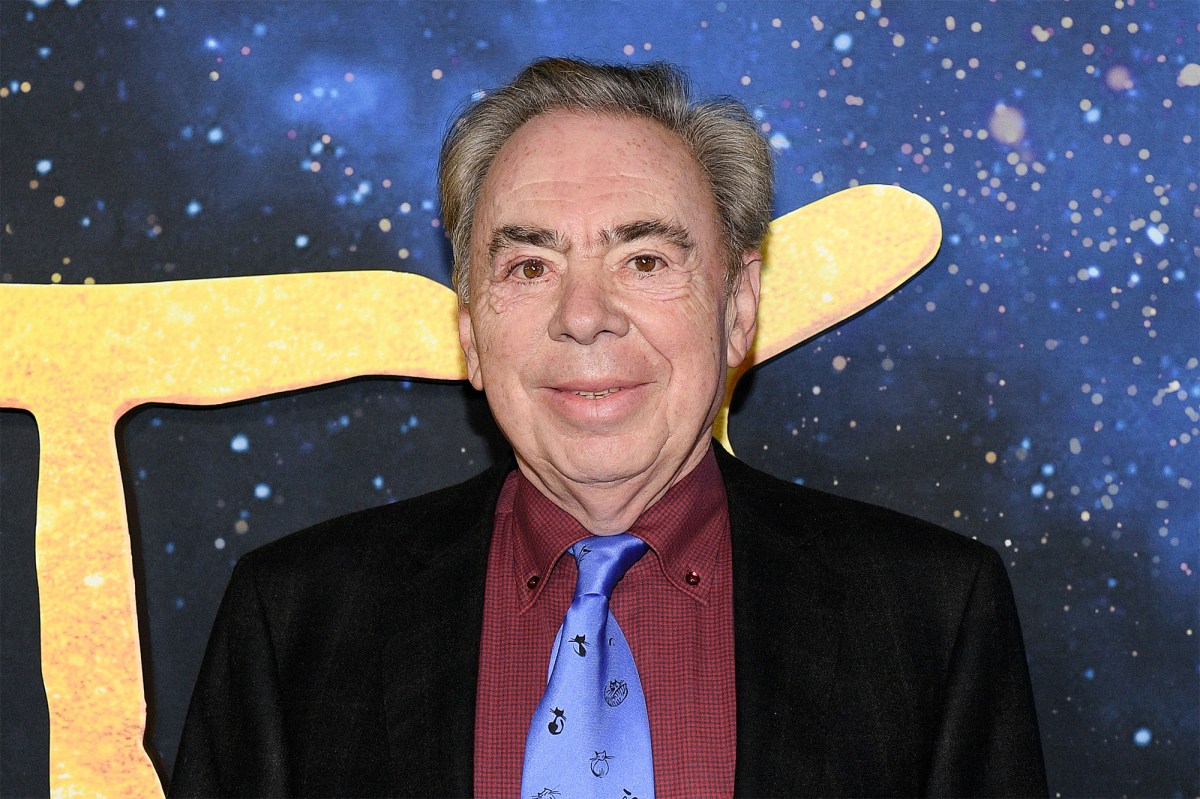 Andrew Lloyd Webber is intent on opening up his six London theaters in less than two weeks, even if it means he’s arrested for violating social distancing protocols.

The composer said the curtains will open at his West End venues on June 21, “come hell or high water,” in an interview with The Daily Telegraph.

Lloyd Webber, 73, also reportedly pledged to go ahead with his theatrical production of “Cinderella,” which is slated to open for previews in the last week June.

London’s planned June 21 easing of COVID-19 distancing measures is in doubt over concerns about rising cases and unknown variants, but the impresario told the outlet theatres are “completely safe” and he won’t be deterred by extended restrictions.

“I’ve seen the science from the tests, don’t ask me how,” he reportedly said

“If the government ignores their own science, we have the mother of all legal cases against them. If ‘Cinderella’ couldn’t open, we’d go, ‘Look, either we go to law about it or you’ll have to compensate us.’”

When asked if he would be prepared for lockdown-flouting legal ramifications he said authorities can “come to the theatre and arrest us,” according to the article.

The British lord told the paper he has remortgaged his home and may have to sell his theatres if the government does not allow large capacity crowds to gather soon.

“Unfortunately, the government regards theater as a nice thing to have rather than a necessity,” Lloyd Webber told the outlet.

On Sunday, British health minister Matt Hancock said officials are reevaluating the reopening plan due to a “very significant” impact from the “Delta” variant of COVID-19

“The prime minister and I and the team will be looking at all the data over this week. We’ve said that we’ll give people enough time ahead of the June 21 date,” Hancock said.

Lloyd Webber has been fighting for the return of live theatre for the better part of the pandemic.

In November, the composer lamented the realities of the lockdown in Manhattan in an interview with CNBC.

“Well, as you probably know I’ve been fighting to get theaters reopened and indeed all forms of indoor and music spaces, up and down, not only just Britain but all over America,” the composer said.

The lights of the Great White Way will begin to return later this month, as Bruce Springsteen announced Monday he will do a run of his intimate musical at the St. James Theatre beginning on June 26.