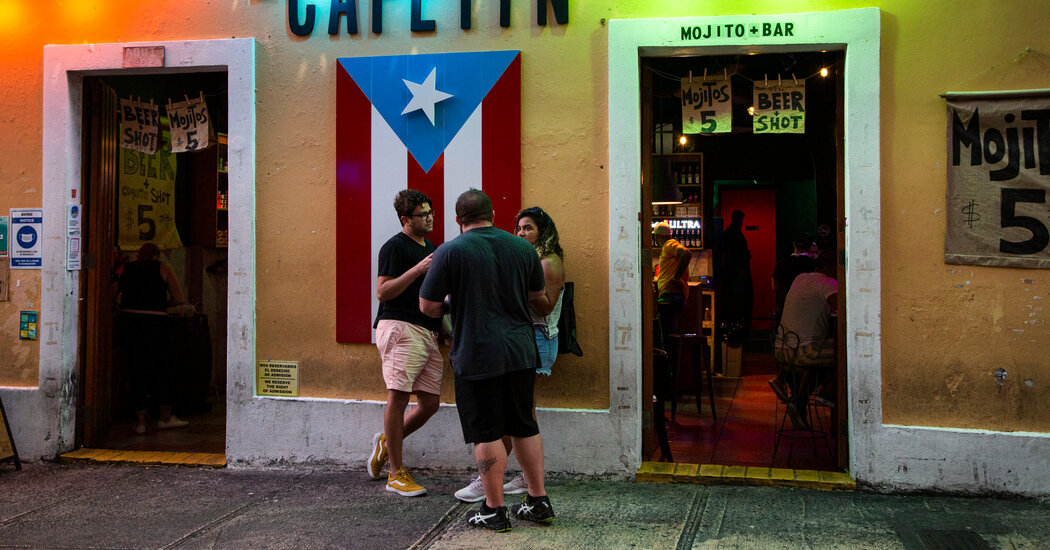 
The coronavirus is surging in Puerto Rico, with new cases being reported at a per-capita rate more than six times the national average. The spike began just five days after the island lifted all its pandemic restrictions.

Puerto Rico has reached a seven-day average of 4,000 reported cases a day, more than 3,700 of them first-time infections — up from fewer than 200 new cases a day in early March. Though the island accounts for less than 1 percent of the United States population, it is reporting 7 percent of the nation’s new cases.

“It was doubling every week for a couple of weeks,” said Rafael A. Irizarry, a Harvard statistician who keeps a dashboard on Puerto Rico’s Covid-19 data.

The increase in cases is no longer quite so steep, but it has been going on long enough now to show as well in a dreaded lag effect: hospitalizations are rising. Though only 245 people on the island are currently hospitalized with coronavirus infections, that’s nearly three times the number from two months ago, according to Department of Health data.

The Holy Week holiday season leading up to Easter Sunday, and a series of big concerts where most people in attendance did not wear masks, did not help the situation. The superstar Dominican musician Juan Luis Guerra tested positive a few days after performing in San Juan.

Puerto Rico achieved high rates of initial vaccination — 78 percent of the island’s population is fully vaccinated, well above the national average of 66 percent. But many people in Puerto Rico have not received booster shots, and there was an explosion of new cases on the island around the Christmas and New Year’s holidays, when the Omicron variant first surged in much of the country.

Governor Pierluisi has said that the era of mandates has passed, and it was now up to individual citizens to look to their own sense of “civic responsibility” to decide what precautions to take. Even so, in late April, his administration reinstituted mask mandates in schools.

Dr. Thompson said the rise in cases was a natural result of lifting mandates on the mainland and on the island, which has seen a steady stream of visitors this year.

“Walk through the airport in San Juan — it’s packed,” Dr. Thompson said. “There’s been a lot of interchanging of people. Tourism is Puerto Rico’s main source of income. We are happy to have people here. But with that exchange of people, we are going to have an increase in positivity and the spread of disease.”