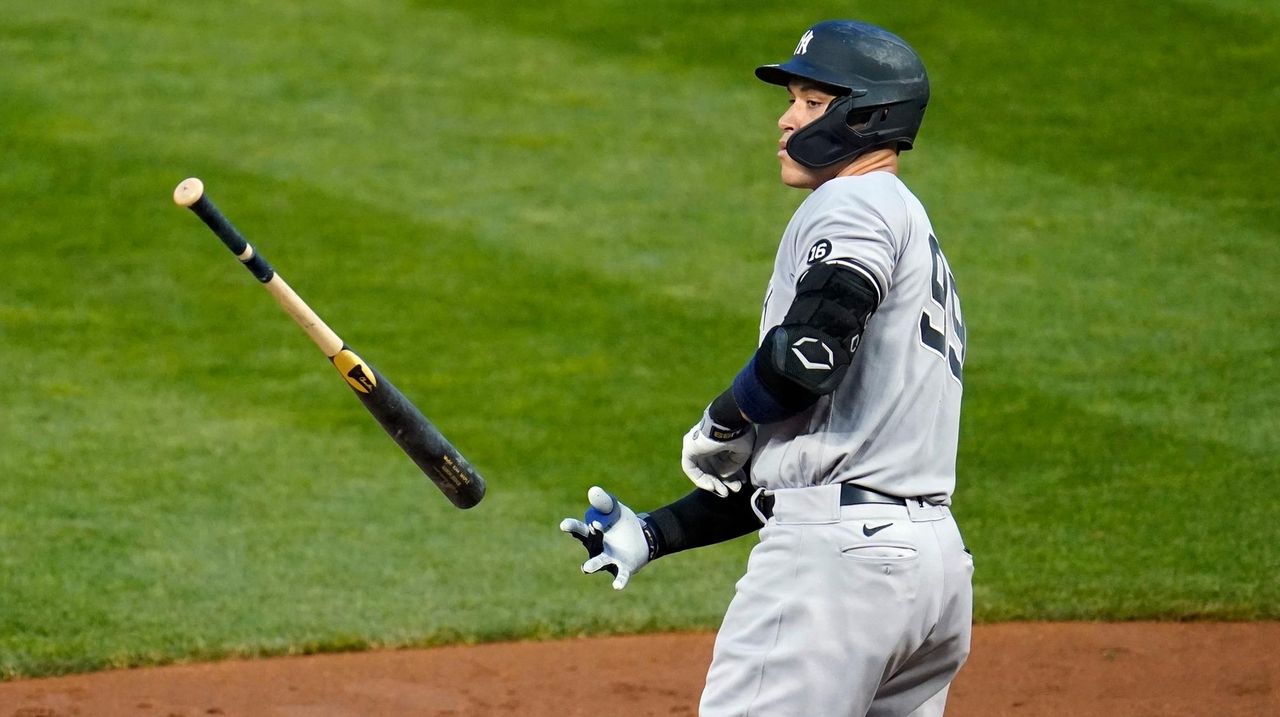 MINNEAPOLIS – If ever there was a team the Yankees would break out against, they faced that club Tuesday night.

Indeed, the personal Yankees’ punching bag from the Midwest showed up on the schedule just in time.

And, as has been the case pretty much all of this century, the sight of the Twins led to victory.

Though not especially impressive, the Yankees snapped a four-game losing streak with an 8-4 win in front of 17,949 at Target Field.

Jordan Montgomery was solid after allowing a pair of first-inning runs and the Yankees (32-29), now 102-37 against the Twins since 2002, including the postseason, scratched out just enough on offense.

Much of it with the help of the awful Twins (24-36), who committed four errors, including a throwing error in the eighth that allowed pinch runner Tyler Wade to score from third on a play at the plate. With the infield in, DJ LeMahieu smoked a ball to second but right at Jorge Polanco, who made a nice stop by a wild throw home. With Miguel Andujar at third, courtesy of the Polanco error, Aaron Judge’s fielder’s choice, and ensuing error on shortstop Andrelton Simmons for pulling his foot at second, led to another run that made it 5-3.

Gary Sanchez’s two-run homer in the ninth, his seventh, made it 7-3 and, two batters later, Andujar’s fourth made it 8-3.

Montgomery allowed three runs and eight hits over 5 2/3 innings and the bullpen took it from there.

The Yankees, who went 2-for-15 with runners in scoring position and stranded 11, fell behind early.

Josh Donaldson, who created a bit of a stir last week in implying Gerrit Cole, who starts Wednesday night, was among the many pitchers in the sport using illicit substances to aid their pitch movement, reached on an infield single with one out in the first. After Polanco flied to center, Miguel Sano singled and Ryan Jeffers won a nine-pitch at-bat, lining a full-count curveball into the corner in left, the double making it 2-0.

The Yankees finally broke through in the fifth, though “breakthrough” might be a stretch. Andujar started the rally with a one-out walk and consecutive singles by Brett Gardner and DJ LeMahieu loaded the bases for Judge, who walked to make it 2-1.

Righty Jorge Alcala came on for Pineda and, with Gleyber Torres at the plate, he spiked 1-and-2 fastball for a wild pitch that brought in Gardner, tying it at 2.

The Twins gifted the Yankees a run in the sixth, aided by an error by Astudillo, with Gardner’s sacrifice fly giving them a 3-2 lead. But Montgomery could not hold it, giving up, after a mound visit from Boone, a two-out, RBI double to former Yankee Rob Refsnyder (who hurt his left hamstring on the play) to make it 3-2.

Cole, at times appearing uncomfortable during a pregame Zoom news conference, discussed Donaldson’s comments and the overall issue of pitchers loading the baseball with sticky substances, which MLB has vowed to crack down on.

“I kind of thought it was a bit of low-hanging fruit, but he’s entitled to his opinion, to voice his opinion,” Cole said of Donaldson insinuating, after Cole’s rough outing last week vs. Tampa, the ace is among the most prominent of those doctoring the ball. “I have other things that I need to keep my focus on.”

Asked point-blank if he’s ever used Spider Tack, one of the substances being used with increased regularity, Cole didn’t help himself with his answer.

“I don’t quite know how to answer that, to be honest,” Cole said after a several-second pause. “There are customs and practices that have been passed down from older players to younger players from the last generation of players to this generation of players. I think there are some things that are certainly out of bounds in that regard, and I’ve stood pretty firm in terms of that.”

Erik Boland started in Newsday’s sports department in 2002. He covered high school and college sports, then shifted to the Jets beat. He has covered the Yankees since 2009.