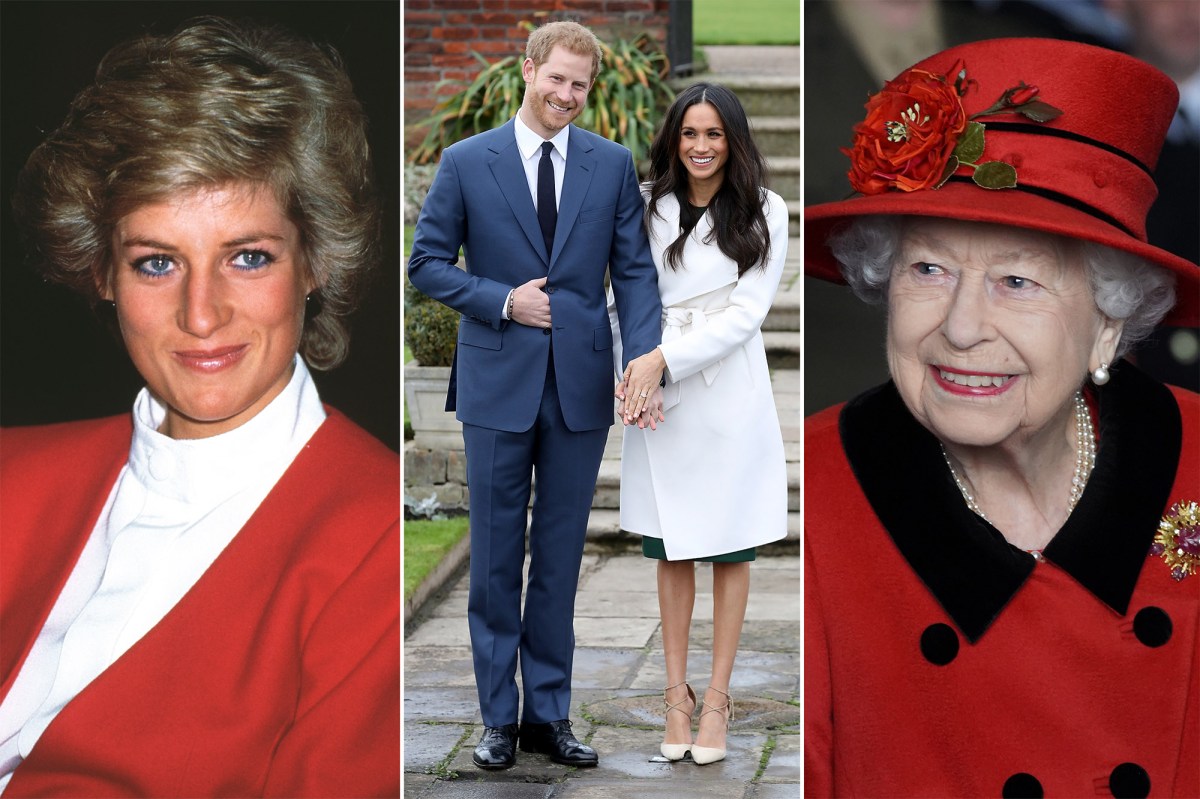 What’s in a name?

After a torrid few months, Prince Harry and Meghan Markle have made a clear bid to strengthen family ties with their newborn baby daughter’s name.

The couple have been outspoken about their treatment behind Palace walls — and why they were forced to quit the royal family in 2020.

However, Page Six is told that the first thing they did after baby Lilibet Diana’s birth on June 4 was to phone the Queen and the rest of the family, including Harry’s father, Prince Charles, and older brother, Prince William.

Despite making serious charges against the family — including claims that one member asked what color their children would be — Harry and Meghan have been insistent that they have nothing but love and respect for the Queen.

Lilbet is the Queen’s childhood nickname. The moniker goes back to when the Queen was too young to be able to pronounce her own name, calling herself “Lilibet” instead.

Her parents and grandparents soon took up the nickname, which the Queen’s father, George VI, was once quoted as using when he said, “Lilibet is my pride. Margaret is my joy.”‘

Legendary royal photographer Arthur Edwards pointed out that her late husband, Prince Philip, always called her Lilbet, as did her mother, the Queen Mother, and sister Princess Margaret.

Writing after Philip’s death in April at the age of 99, Edwards said, “Later, seeing those haunting TV pictures of the Queen in black sitting all on her own in Chapel Quire, it dawned on me there is no longer anyone left in the world to call her ‘Lilibet.’”

The naming of baby Lilbet Diana Mountbatten-Windsor means that the Queen’s nickname will live on, as the statement announcing her birth read, “Lili is named after her great-grandmother, Her Majesty The Queen, whose family nickname is Lilibet.”

During their bombshell interview with Oprah Winfrey, the couple discussed the state of their relationship with Her Majesty.

After Markle recalled their “lovely” first meeting, the Duke and Duchess of Sussex insisted they did not blindside the Queen when they announced their royal exit in January 2020. “I never blindsided my grandmother. I have too much respect for her,” Harry said.

During another point in the interview, Harry revealed, “I’ve spoken more to my grandmother in the last year than I have done for many, many years.”

He also confirmed that they’ve done a few Zoom calls with their 2-year-old son Archie.

“My grandmother and I have a really good relationship and understanding. I have a deep respect for her,” he said. “She’s my commander-in-chief, right?”

Markle also revealed that she personally called the Queen after learning that Prince Philip was hospitalized.

“This morning, I woke up earlier than H, and saw a note from someone on our team in the UK saying that the Duke of Edinburgh had gone to the hospital, but I just picked up the phone and I called the queen just to check in,” Markle told Oprah. “That’s what we do.”

Lilbet’s middle name, Diana, is of course a tribute Princess Diana, who died at age 36 in August 1997 in a tragic car crash in Paris.

Harry has been open about the toll her death took on him, and how he has sought therapy for his grief.

In his new AppleTV + series “The Me You Can’t See,” he told Winfrey that suffered panic attacks and descended into binge-drinking and drugs while battling the helplessness of being unable to save his mother.

He recently revealed that “grandma” was one of Archie’s first words. “I’ve got a photo of her in his nursery, and it was one of the first words that he said — apart from ‘mama,’ ‘papa,’ it was then ‘grandma.’ Grandma Diana,” Harry said in his docuseries.

He also said he panicked that he would lose Markle like his mother after she confessed that she was feeling suicidal.

As we revealed, Lilbet and her big brother Archie will get to see their cousins hopefully next summer when they travel to the UK for the Queen’s Platinum Jubilee.