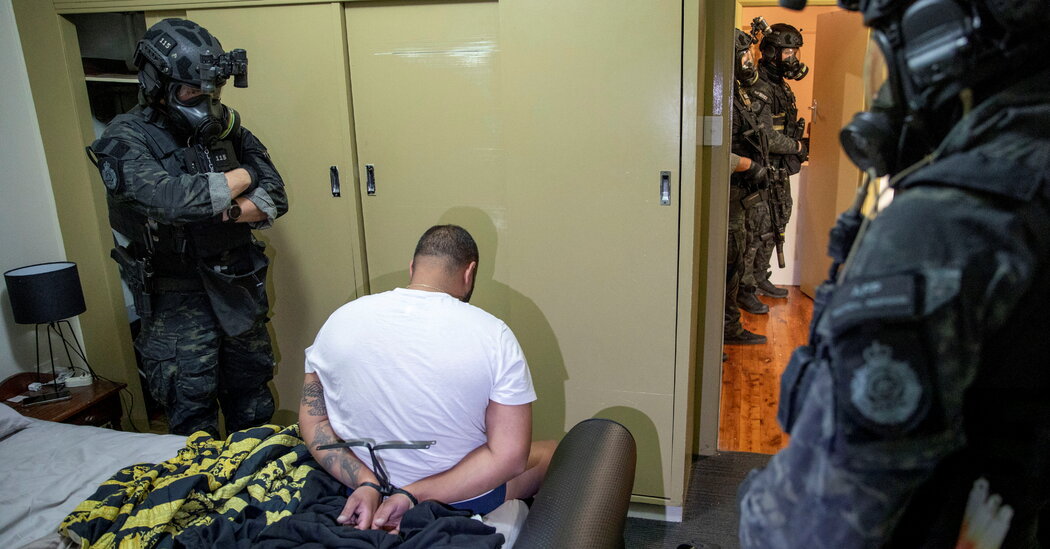 Law enforcement officials said on Tuesday they had intercepted over 20 million messages in 45 languages and arrested at least 800 people in a three-year global sting operation.

“For the first time, the F.B.I. developed and operated its own hardened encrypted device company, called ANOM — A-N-O-M. As we allege in our indictment, criminal organizations, and the individual defendants that we have charged, purchased and distributed ANOM devices in an effort to secretly plan and execute their crimes. In fact, ANOM’s distributors, administrators and agents had so much confidence in the secrecy of their devices that they openly marketed them to other potential users as designed by criminals for criminals. The criminals using these devices believe they were secretly planning crimes far beneath the radar of law enforcement. But in reality, the criminals were not underneath the radar. They were on it. The F.B.I. was monitoring those conversations. The criminal users didn’t know that for more than 18 months, the F.B.I. captured more than 27 messages — 27 million messages between users around the world who had their criminal discussions reviewed, recorded and translated by the F.B.I.” “Here in San Diego, a federal grand jury indicted 17 foreign nationals for RICO violations and their roles in facilitating drug trafficking, money laundering and obstruction of justice. These were the most prolific distributors involved in marketing and selling thousands of ANOM devices to the criminal organizations. The amount of intelligence that we received was staggering — from seizing drugs, guns and millions of dollars in multiple currencies to addressing more than 150 threats to life.”