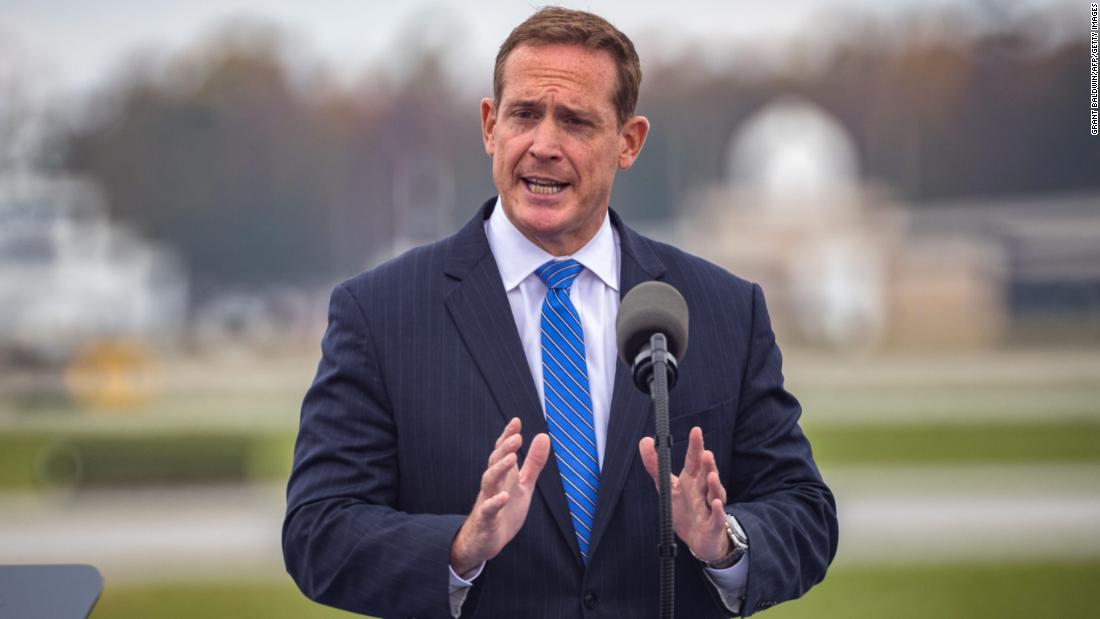 “There’s somebody in this room that I think is very special. This man is a great politician but more importantly, he loves the state of North Carolina,” Trump said of Budd while appearing at the state GOP’s convention in Greenville.

“This gentleman is going to be your next senator,” Trump added, offering Budd his “complete and total endorsement.”

Elected to Congress in 2016, Budd announced in April that he planned to seek the Republican nomination for the Senate seat currently held by retiring three-term Sen. Richard Burr. His campaign announcement included a video showing him and Trump together at campaign rallies and footage of him driving a monster truck over cars emblazoned with the phrase “liberal agenda.”

Trump’s endorsement of Budd, which came minutes after Lara Trump announced she would not be entering the primary field, appeared to catch some of his primary opponents in the audience by surprise. While the former President praised Budd from the stage, former North Carolina Gov. Pat McCrory — who is also running in the GOP primary — sat stone-faced at a table in the crowd.

As Budd came to the stage to make brief remarks, Trump took a shot at McCrory, who lost his first bid for governor in 2008 and lost reelection in 2016.

“This means the world to me. We’ve got a lot of hard work so let’s win this together and let’s get back to making America great again,” Budd said, thanking Trump from the podium.

A source familiar with the interaction said Trump greeted McCrory, Budd and former Rep. Mark Walker, another GOP contender for Burr’s seat, shortly before he took the stage Saturday night — even teasing them about who he might support if Lara Trump didn’t run.

The former President told the crowd before endorsing Budd that he had recently begun to “pressure” his daughter-in-law on her decision about launching a campaign in North Carolina, where she grew up.

“‘Make your decision please,'” Trump said he told her.

An adviser to Budd said the GOP congressman didn’t know he would definitely be receiving Trump’s endorsement until 15 minutes before the former President took the stage. He and his wife, Amy Kate, were made aware of the development just before Trump’s appearance following a brief meeting with the 45th President and Lara Trump.

From the stage, Trump told the crowd that Budd had refrained from jockeying for his endorsement in the same way other candidates had, saying, “(He) hasn’t been pushing me at all unlike some of the others that won’t win.”

McCrory spoke to reporters after the speech, saying Trump got “bad advice” from “Washington insiders” with his endorsement of Budd. He also denied the endorsement changed his plans.

“There are a lot of politicians who lose. We all live in glass houses,” said McCrory, taking a shot at a Trump’s defeat in 2020.

Walker spoke briefly to CNN after Trump’s speech and denied the endorsement changed his plans or strategy to win the nomination.

Budd is a member of the conservative House Freedom Caucus and was among the 147 House Republicans who voted against certifying the outcome of the 2020 election on January 6.

This story has been updated to include comments from both McCrory and Walker.