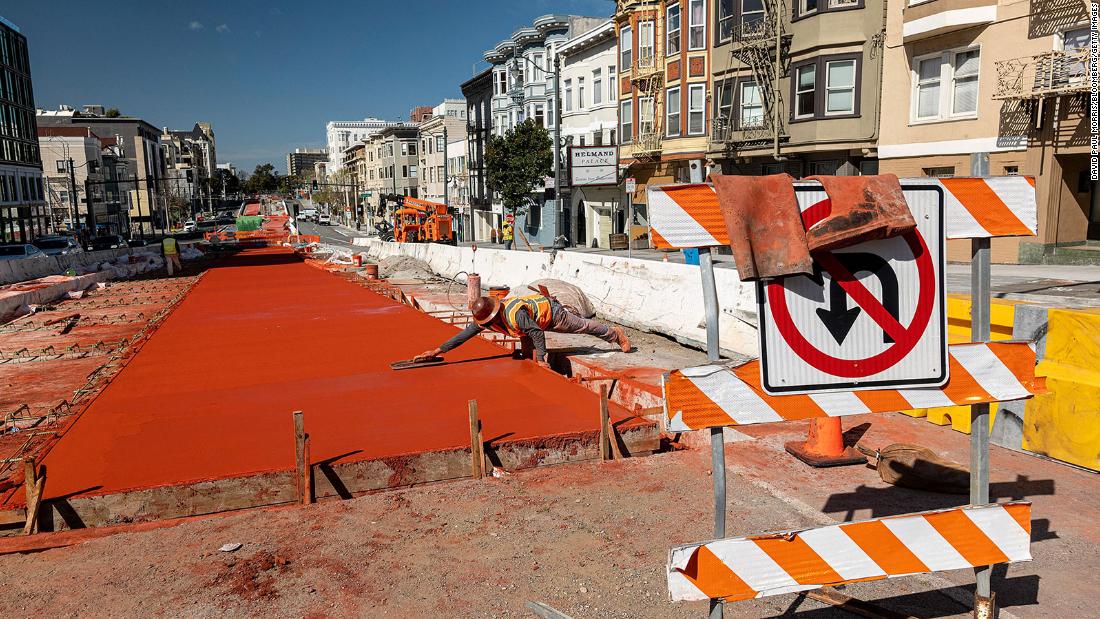 At the start of Biden’s presidency, I very much hoped for bipartisanship, but that hope was based on my expectation that the GOP would repudiate former President Donald Trump, defeated and disgraced after his botched handling of the Covid-19 pandemic and the January 6 insurrection. Instead, the handful of Republicans who voted to impeach him for his role in the insurrection have been censured by their own state parties and/or are facing primaries from Trump loyalists next year.
Too many Republican leaders would rather tear apart the country than admit that Trump lost the 2020 election. These profoundly cynical leaders seem to believe that their overriding economic aim — to enrich the wealthiest Americans who are their biggest donors — can succeed only by tacitly supporting Trump’s lies and drafting legislation to suppress liberal voters.

Though Biden is a true believer in collegiality and compromise, he must face the truth — the Republican Party is not committed to reaching a bipartisan deal. Sure, when Biden introduced his American Jobs Plan, the Republicans called for bipartisanship. But their counteroffer to the President’s plan is a sham — based on three faulty premises.

First, their offer is simply a continuation of the status quo under a false headline. The Republicans announced that they would spend $928 billion on infrastructure over eight years. Yet only $257 billion of that offer would go toward funding new public works projects, as the rest was already budgeted in baseline transportation spending.
That $257 billion is a pittance compared with the needs of the American people. The American Society of Civil Engineers estimates that the 10-year funding gap for surface transportation, water and wastewater, airports and seaports comes to $2.6 trillion, and that sum doesn’t include digital infrastructure, retrofitting buildings and other capital improvements in the Biden infrastructure plan. The Republicans’ proposal is, therefore, less than a tenth of our nation’s estimated infrastructure needs.
Second, the Republicans want to tax average Americans rather than the richest Americans to pay for the infrastructure plan. They have the audacity to criticize Biden’s plan to tax corporations and the wealthiest Americans while saying that their plan would be paid for by “user fees,” such as gasoline taxes, toll fees, and other charges, which would hit working-class Americans the hardest. So while Biden is trying to protect average Americans, the Republicans are trying to squeeze them.
Third, the Republicans claim that Biden’s infrastructure plan is too costly, would create a “massive tax increase” and lead to generational debt. This is utter nonsense, argued by people who either cannot do basic arithmetic or, more likely, do not want average Americans to.
The Biden plan, presented in detail in the 2022 fiscal year budget, would spend about $2.2 trillion over 10 years. (Though, in the context of negotiations, Biden has also offered a more limited package at $1.7 trillion.) The $2.2 trillion plan sounds like a lot when stated as a single number, but it’s actually quite moderate and easily affordable.
The US gross domestic product (GDP), which measures the nation’s domestic output and income, is currently around $21.7 trillion. With economic growth and inflation, GDP will average around $28.2 trillion per year from fiscal years 2022 to 2031, or $282 trillion in total. The $2.2 trillion American Jobs Plan over 10 years is therefore only about 0.8% of GDP per year.

Suppose that you are a family earning $100,000 per year. Would it be outrageous to spend an extra 0.8% of your income, or $800 per year, on capital upgrades of your property, including your electrical system, automobile, cable connection and home repairs? Clearly not.

It’s even more reasonable since Biden is proposing that it’s the rich CEO living in the mansion behind the tall gates at the end of the street who should pay for the neighborhood’s capital repairs, given that the corporate sector has gotten massive tax breaks over the years, culminating in the 2017 Trump tax giveaway, while your take-home pay has barely kept up with inflation.

Corporate taxes as a share of GDP were 4.0% in 1960. After rounds of tax cuts, they were a minuscule 1.2% of GDP in 2020. Biden’s plan calls for a partial reversal of the 2017 tax cuts and a minimum corporate tax to prevent companies from using tax havens and other tricks to avoid paying taxes altogether.
And the leaders of America’s biggest companies certainly have some change to spare. Professors Emmanuel Saez and Gabriel Zucman, specialists in income inequality, recently wrote in The Washington Post that the richest 400 Americans have a combined wealth equal to 18% of the US GDP. According to the Economic Policy Institute, CEO pay, which averaged 15 times the average worker earnings in 1965, was 320 times the average earnings as of 2019.
So we have come to the crux of the matter. The Republican Party aims to serve a tiny coterie of the nation’s wealthiest Americans. The public gets this. An overwhelming majority believes that the political system unfairly favors powerful interests. And, as recent polling shows, a majority of the American people support taxing corporations to pay for infrastructure needs.

The US needs to move forward, and the President and Democrats in Congress need to lead. The time has come to pass the American Jobs Plan. A new generation of Republican politicians, no longer beholden to the richest Americans, will eventually follow — if they hope to regain the support of the people.