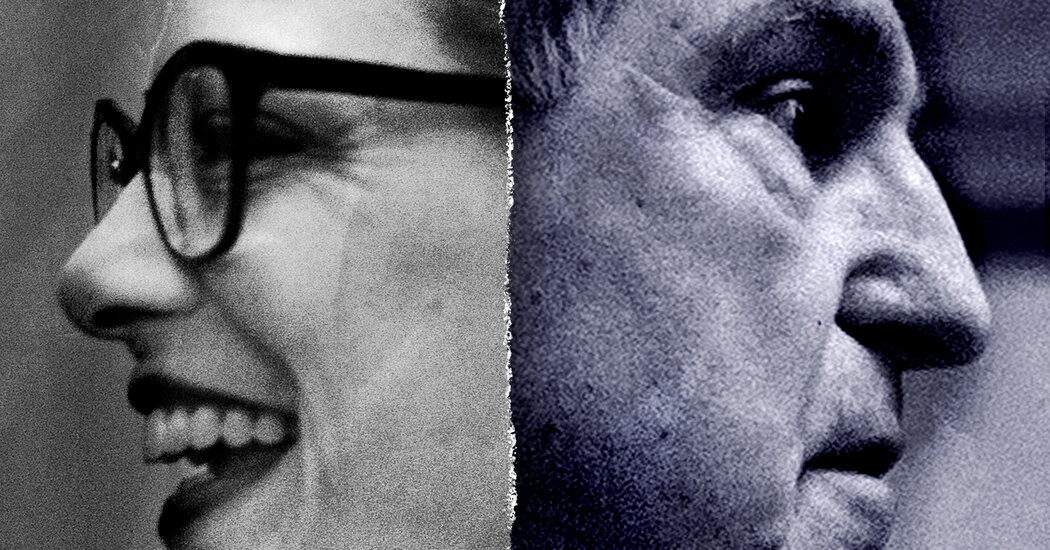 We are in the eye of the storm of American democratic collapse. There is, outwardly, a feeling of calm. The Biden administration is competent and placid. The coronavirus emergency is receding nationally, if not internationally. Donald Trump, once the most powerful man on earth and the emperor of the news cycle, is now a failed blogger under criminal investigation.

Yet in red states, Trump’s party, motivated by his big lie about his 2020 loss, is systematically changing electoral rules to make it harder for Democratic constituencies to vote and, should Democrats win anyway, easier for Republicans to overturn elections.

You’ve probably heard the details already — Democrats are repeating them ad nauseam, with a growing sense of desperation. States are accelerating voter roll purges and empowering Fox News-addled partisan poll watchers to roam election sites searching for signs of malfeasance. They are stripping the authority to administer elections from those who stood up for the rule of law this past year. A Texas bill would, among other things, significantly lower the burden of proof a judge would need to throw out an election result based on allegations of fraud. Democrats were able to thwart it temporarily with a last-minute walkout, but Republicans are expected to pass it in a special session.

Republicans have an excellent chance of gerrymandering their way to control of the House in 2022, whether or not they increase their vote share. A Republican-dominated House is unlikely to smoothly ratify even a clear Democratic presidential victory in 2024. We may be living through a brief interregnum before American democracy is strangled for a generation.

Two Democratic senators, Kyrsten Sinema and Joe Manchin, could save us by joining their colleagues in breaking the filibuster and passing new voting rights legislation. But they prefer not to.

On Tuesday, Sinema, touring migrant facilities with her Texas Republican colleague John Cornyn, defended the filibuster by spouting an alternative history nearly as delusional as Trump’s claims to have actually won the election. “The idea of the filibuster was created by those who came before us in the United States Senate to create comity and to encourage senators to find bipartisanship and work together,” she said.

This is nonsense. The filibuster was created by mistake when the Senate, cleaning up its rule book in 1806, failed to include a provision to cut off debate. (A so-called cloture rule allowing two-thirds of senators to end a filibuster was adopted in 1917; the proportion was reduced to three-fifths in 1975.) The filibuster encouraged extremism, not comity: It was a favorite tool of pro-slavery senators before the Civil War and segregationists after it.

More than any other type of legislation, the filibuster was used in the 20th century to derail civil rights bills, from anti-lynching measures to bans on housing discrimination. During Barack Obama’s administration, Republicans began using it to an unprecedented degree to block his nominations. According to a 2013 Congressional Research Service report, “Out of the 168 cloture motions ever filed (or reconsidered) on nominations, 82 (49 percent) were cloture motions on nominations made since 2009.” The filibuster’s history is both ignominious and ever-changing.

It is impossible to know whether Sinema believes what she said, or whether she simply doesn’t care. Both she and Manchin are committed to bipartisanship as a supreme good, which in practice means bowing to the wishes of a party that doesn’t believe Joe Biden is a legitimate president and wants above all to see him fail. (“One hundred percent of our focus is on stopping this new administration,” the Senate minority leader, Mitch McConnell, said last month.)

When you have a system that’s not working effectively, said Sinema, “the way to fix that is to change your behavior,” not the rules. This is a bizarre stance for a legislator, whose work is all about changing rules. But it also ignores the fact that the system is working perfectly well for Republicans.

Democrats hope that Manchin, who has said Democrats should have faith that there are “10 good people” in the Republican caucus, will lessen his opposition to filibuster reform when Senate Republicans repeatedly prove him wrong. It’s harder to know what Sinema actually believes and thus what could sway her; she seems above all dedicated to a view of herself as a quirky maverick, and delights in trolling the Democrats who elected her. In April, after infuriating progressives by voting against including a federal minimum wage increase in the coronavirus relief package, she posted an Instagram photo of herself wearing a ring spelling out a dismissive obscene phrase that begins with “F” and ends with “off.”

This gap between the scale of the catastrophe bearing down on us and the blithe refusal of Manchin and Sinema to help is enough to leave one frozen with despair. Democrats have no discernible leverage over Manchin and little over Sinema, though they ought to consider primarying her. (Unlike Manchin, she’s not the only Democrat who could win a Senate seat in her state.) Those who want our democracy to endure have no choice but to keep asking, imploring and cajoling these two lawmakers to value it above the false idol of bipartisanship, but so far there’s little sign they will.

So we’re stuck. The overarching story of American politics right now is that Republicans are laying the groundwork to accomplish legally what they failed to do by force on Jan. 6. Sinema could help fortify our country against a tide of Trumpist authoritarianism that could soon wash away everything that makes it worthwhile. Instead she’s showing us her ring.