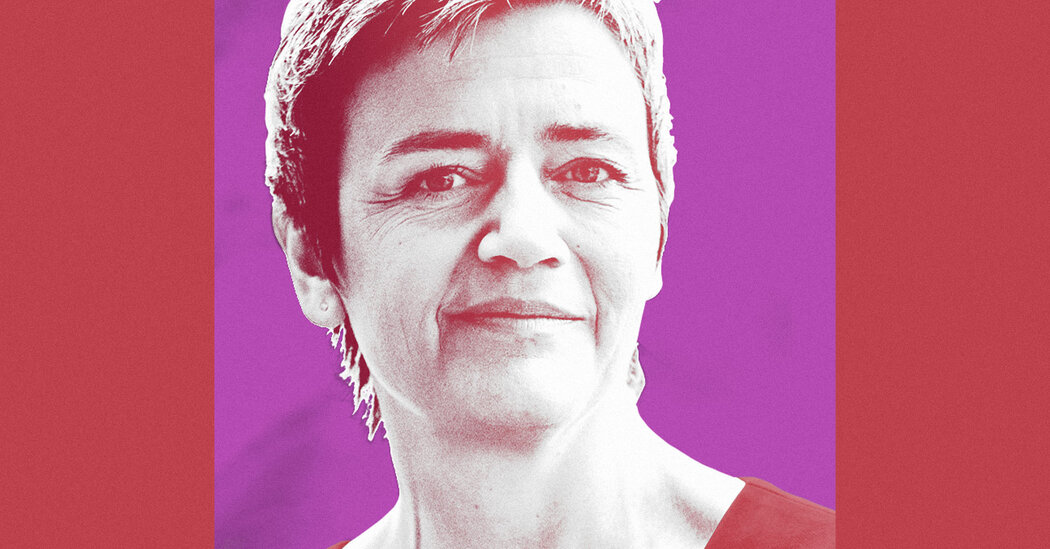 Margrethe Vestager and Kara Swisher have something in common: They both have made it their job to keep watch on Jeff Bezos, Tim Cook, Mark Zuckerberg and the other titans of tech. Vestager does this from her post as the head of the European Commission’s antitrust division. And while Swisher may regularly opine on what drives tech C.E.O.s, Vestager says she isn’t interested in “soul-searching” their motives. She’s focused on catching them in the act — whether companies are sliding from “aggressive tax planning into tax avoidance” or they are moving from content moderation into censorship.

[You can listen to this episode of “Sway” on Apple, Spotify, Google or wherever you get your podcasts.]

In this conversation, Swisher and Vestager trade notes on the power of tech. They discuss the Group of 7’s recent agreement to work toward a global corporate tax rate. (Vestager thinks she’ll be 150 years old by the time there’s a global tax authority.) They discuss Facebook’s two-year ban of Donald Trump. (Vestager admits that she’s not an active Facebook user, but even she was surprised that “one could express oneself as the former president did without any consequences until the very last minutes.”) And they talk about antitrust — about which Vestager is quick to clarify that her point is “not to say that they should be smaller,” but instead that dominant companies “should take the responsibility that comes with the kind of power you have when you are this size.”