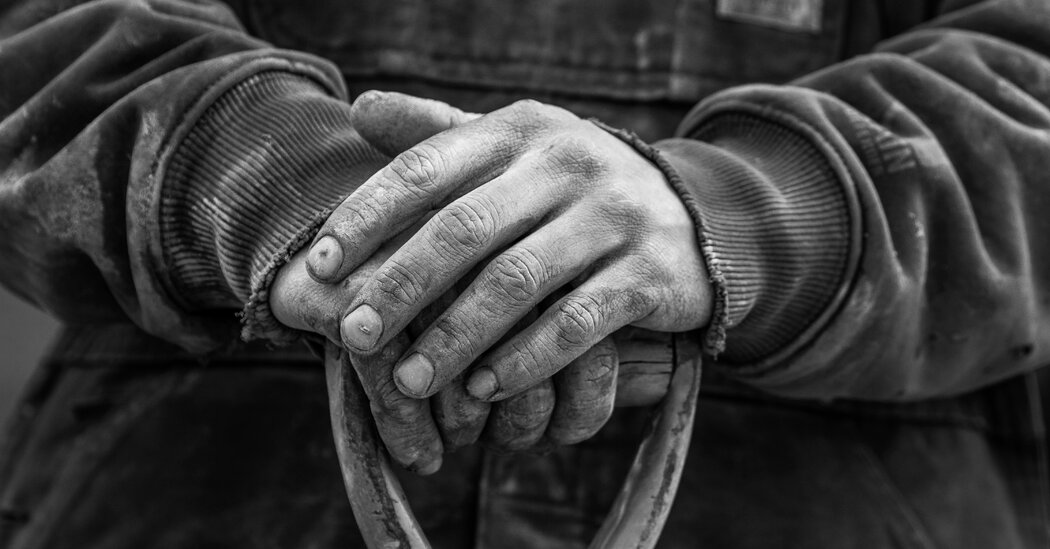 This article is a wonky edition of Paul Krugman’s free newsletter. You can sign up here to receive it.

Don’t pay too much attention to today’s jobs report; it came in slightly below expectations, but given the noisiness of the data (and the extent to which the numbers are often revised), it told us very little that we didn’t already know.

The truth is that two things are clear about the U.S. economy right now. It’s growing very fast, and adding jobs at a rapid clip; but the pace of job creation is being crimped, at least a bit, because employers are having a hard time finding as many workers as they want to hire.

Sometimes complaints about a lack of willing workers just mean that companies don’t want to pay decent wages, and there’s no doubt some of that is going on. But this time that’s not the whole story. The latest Beige Book — the Fed’s informal survey of business conditions — suggests both that a number of companies really are having trouble adding workers as fast as they’d like, and that this is happening even though some are raising wages, offering signing bonuses, etc.

But what, if any, policy conclusion should we draw from this evidence? Republicans say that it means that we must cut benefits for the unemployed (and so many Republican-controlled states are now cutting aid, even though the federal government was actually bearing the cost). But they always say that, whatever is happening to the economy.

Many others point to lack of child care, with schools still closed in some states and normal day care crippled by the lingering effects of the pandemic. And fear of infection is still out there, despite a vaccination campaign that has proceeded faster than almost anyone expected.

There may be truth to all of these stories — yes, even some role for unemployment benefits, although the impact is probably modest. But are we just overthinking this? How much of the issue is simply that it takes some time to get the economy back up to speed from a standing start?

I’ve been struck by reporting from Britain, which has been even more successful than the United States in achieving widespread vaccination (thank you, National Health Service). The thing is, Britain and America took very different approaches to supporting workers through lockdown. Where we relied mainly on enhanced unemployment benefits, Britain relied mainly on a “job retention” scheme — subsidizing earnings of workers placed on temporary leave by employers in locked-down sectors.

This scheme meant that Britain experienced much less of a rise in measured unemployment than we did, even though it suffered a deep economic slump:

You might think this would also make it easier for Britain to quickly restore its economy as the pandemic fades. Instead, the British press is full of reports about employers having a hard time finding workers.

So maybe the problem is simply that it’s hard to get the economy restarted in a few months.

One indicator many of us have been looking at during this weird economic period, in which facts on the ground change too quickly for standard statistics to keep up, is the number of diners reported by the reservation service OpenTable.com. OpenTable conveniently provides data on the number of seated diners during the pandemic relative to those on the corresponding date in 2019. Here’s what it looks like:

Some automakers used to promise that their cars could go from zero to 60 in 16 seconds; well, the U.S. restaurant sector is trying to go from minus 60 — 60 percent below its prepandemic level — to zero in roughly 16 weeks. Why imagine that this could happen smoothly?

It’s true that some fairly old history might have made economists complacent.

Most forecasters expect U.S. economic growth this year to be the fastest since 1984, when the economy was going through the “morning in America” boom after the double-dip recession of 1979-82. Superficially, neither that recession nor the boom that followed looked anything like recent events. At a deeper level, however, there are some similarities.

In particular, the early ’80s slump, like the 2020 slump, was brought on by a sort of exogenous shock — in the earlier case, a huge rise in interest rates as the Fed tightened money to curb inflation. The impact of this shock, like that of Covid-19, fell especially hard on one sector — housing, rather than travel and leisure — which then sprang back rapidly as the headwinds abated:

But I’ve been reading through Beige Books from that era, and there isn’t much about problems hiring workers. Why was rapid economic acceleration apparently easier back then?

One answer is that as fast as it was, the 1983-84 recovery wasn’t a match for what’s happening now. Housing was never as deeply depressed as travel and leisure are today.

Also, the economy was different then, with far more workers on temporary layoffs who could easily be recalled to their jobs (although that may be true in Britain now, and there are still hiring problems.)

So if the question is whether I’m entirely sure why we’re hearing reports of trouble hiring, the answer is no. But I still suspect that it’s mainly a transitory issue of getting a stalled economy up to speed in record time. And in a few months all of these short-term problems will probably have been forgotten.

Opinion | These Iranians Want a Boycott. The Regime Will Still Win.

Opinion | The American Renaissance Has Begun