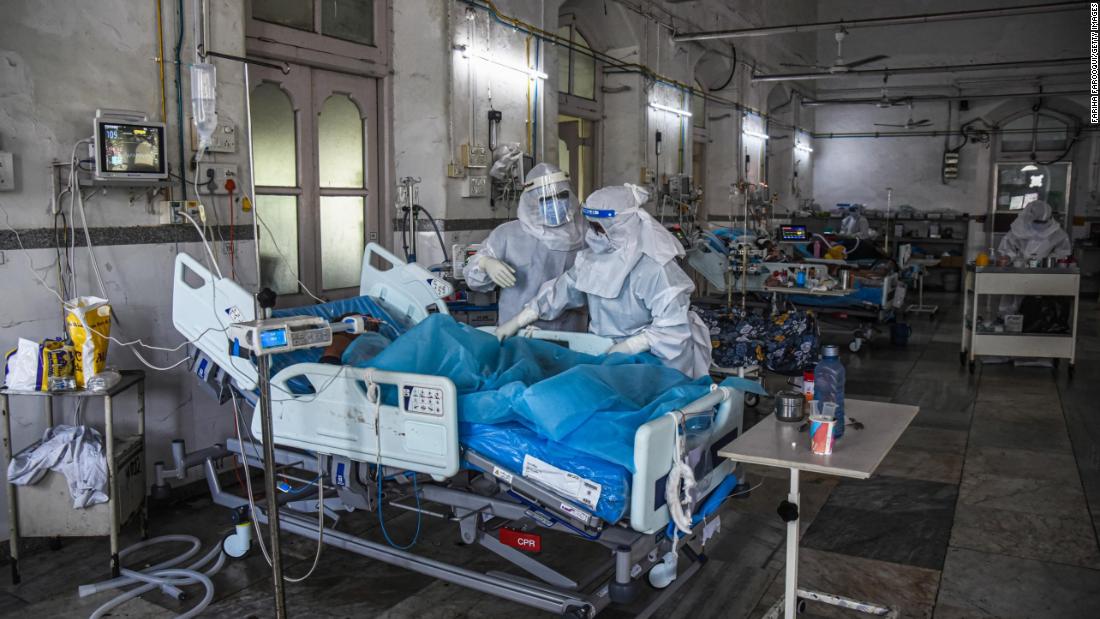 While the concern for reader sensitivities is commendable, many Indians wish that they were not shown at all. Their frustration can be gleaned from outbursts on social media and print platforms, where some Indians complain about a Western media bias. One recent tweet warns of “Anglo elites” who are “plotting and working to undermine India.” “The BBC never,” it alleges, “made a single video like this for COVID deaths in the UK”.
As an economist, I was initially skeptical of this narrative. It seemed grounded in confirmation bias, misinformation and xenophobia. To me, these visuals conveyed the monumental scale of the crisis in India. Official government data, which is increasingly unreliable, obscures that reality. Getting better data from official sources is difficult (the recent World Press Freedom index places India at a rank of 142 out of 180 countries, below Afghanistan, South Sudan and Myanmar). So newsrooms that are framing stories with these images of mass immolation might just be doing their job.

Recently, however, I started looking at the international coverage of India’s Covid crisis more carefully. The number of images of burning bodies quickly started to feel excessive. There are far fewer images of living, breathing citizens such as doctors, scientists, public health experts, or pharmaceutical company executives working to combat Covid. Similarly absent were images of civil society actors like the women’s self-help groups that are the focus of my own research.

The Western fixation on Indian dead bodies is not new. The Hindu funeral pyre has been the focus of “lurid orientalism” for hundreds of years. Novels from the era of British colonial rule, travelogues and paintings depict Europeans’ revulsion for this specific ritual. These works almost never feature the perspective of those who participate in these intensely private moments. For many Hindus, Sikhs, Buddhists, Jains and others, cremation is believed to release the immortal soul from the physical body, enabling it to continue on its journey.
Interestingly, for all of their outrage, Westerners in eras past quietly appropriated many of the practices of the “heathens” for themselves. On the issue of cremation, David Arnold, a British historian, argues that there was a two-way exchange of ideas between East and West. When criticized by 19th-century colonial elites, Hindus launched a highly effective defense of this practice. By the late 1800s, this campaign, together with the growing evidence about the public health risk of burials, induced British administrators to endorse cremations in India.
The impact of this interaction is evident even today. The website of The Cremation Society of the UK acknowledges that the practice has become more popular over the past 100 years, and “is now accepted by over 56% of the population.” The Old and New Testament are cited. There is no mention of India in its history section. Cremation, like so many other things of Indian provenance — yoga, turmeric chai latte, basmati rice and even the word “loot”— has been appropriated with little acknowledgment of its origins.

In light of this colonial baggage, it should not surprise anyone that images of funeral pyres anger a lot of Indians. What may have gone unnoticed, however, is the manner in which these inadvertent media flubs are now routinely weaponized by political actors in India.

Each image of a funeral pyre transmitted by an English-language news outlet strengthens the hand of Prime Minister Narendra Modi and his ruling Bharatiya Janata Party (BJP). They have won successive elections on the platform of freeing India from “Western ideas” and restoring the ancient values of Bharat (the name for India in many local Indian languages).
These leaders routinely shut down internal debates by arguing, sometimes without evidence, that dissenting voices are under the influence of foreigners. During the farmer protests earlier this year, organizations representing farmers were suddenly investigated for receiving “foreign funds.” A fake YouTube video called for five international journalists to be “hanged” for being paid to participate in an “anti-India conspiracy.” Modi himself warned that he welcomes “Foreign Direct Investment” but will not tolerate “Foreign Destructive Ideology” in India.
In the current pandemic crisis, the strategy of vilifying outsiders is again being deployed to discredit investigations of the pandemic’s impact. This has the immediate effect of triggering outrage, diverting attention from the government’s blunders, and limiting accountability. Krishnamurthy Subramanian, the chief economic adviser to the government, has even urged Indians not to pay “any attention to what the West is saying about us.” It is a convenient stance, to say the least.
Given these realities, I believe the world needs to see coverage of India that goes beyond pyres and the Covid crisis. India has billions of stories. Last month, in local elections in the state of Uttar Pradesh, a majority Hindu village elected a minority Muslim cleric as its leader despite the prevailing anti-minority rhetoric. Every day, countless community groups are finding creative ways to support each other, often crossing class, caste and religious lines. Indian scientists are persisting in their work even without state support. Engineering students are developing creative apps to manage the distribution of critical supplies.

Such stories, hardly congenial to the worldview of the nationalist government, should be brought to the attention of Westerners sipping their “chai tea” and stretching in their yoga classes. Indians welcome accurate, critical reportage from abroad. They would appreciate being depicted as complex, thoughtful and diverse agents enduring a crisis with both science and tradition. Funeral pyres are just one small image in a vibrant kaleidoscope.