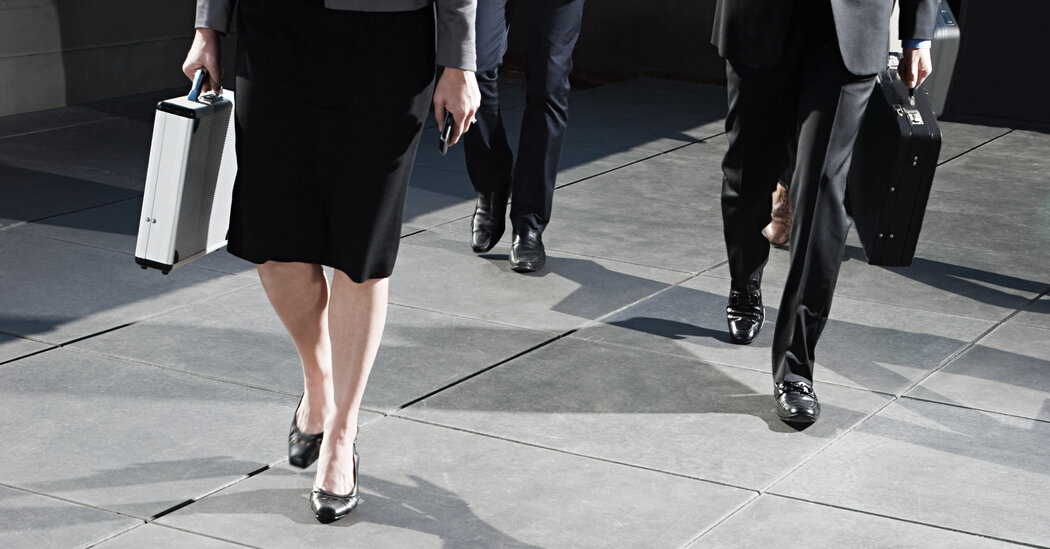 “It’s systemic,” Goldin told me. “We have to go back to the drawing board and think harder.” She argues that without addressing parenting, the solutions bandied about are “the economic equivalent of tossing a box of Band-Aids to someone with bubonic plague.”

When a child is sick, one parent — it’s usually the mom — has to extricate from work and rush to the pediatrician. In theory, father and mother could trade off these responsibilities, but then neither would make partner. So in practice the man is often the designated career maximizer, while the woman sacrifices career advancement for the sake of family.

This made me think of my own family. My wife, Sheryl WuDunn, and I believe deeply in gender equity — we wrote a book about it — and yet, looking back, I see this was true of us. I was typically the one who flew off to cover coups, leaving Sheryl (who has more graduate degrees than I do) to deal with the kids’ birthday planning or the bat in the bedroom.

But there is hope, and that takes us to veterinarians.

It used to be that vets, like top lawyers, financiers and management consultants, often worked long and irregular hours. Dogs triumphed; vet families suffered. But 77 percent of new vets are female, and they have nurtured a system of group and emergency practices that is more family friendly: If Rover gets sick at night you take him to a 24-hour emergency clinic.

Likewise, the neighborhood pharmacist often toiled long hours and offered personal services. But today you call in a prescription and don’t expect to see a particular pharmacist. This allows pharmacists to work much more flexibly, so one-third of female pharmacists in their 30s work fewer than 35 hours a week.

By various measures, pharmacy is now one of the most equitable and family-friendly professions in America. And similar flexible practices are reshaping female-dominated fields of medicine such as pediatrics and obstetrics.

Could finance or consulting be structured more like this? If a C.E.O. is willing to trust his sick child to an on-call pediatrician, then why not let an on-call C.P.A. handle a weekend accounting question?

Opinion | Eric Adams Is Awful. I’m Putting Him on My Ballot.