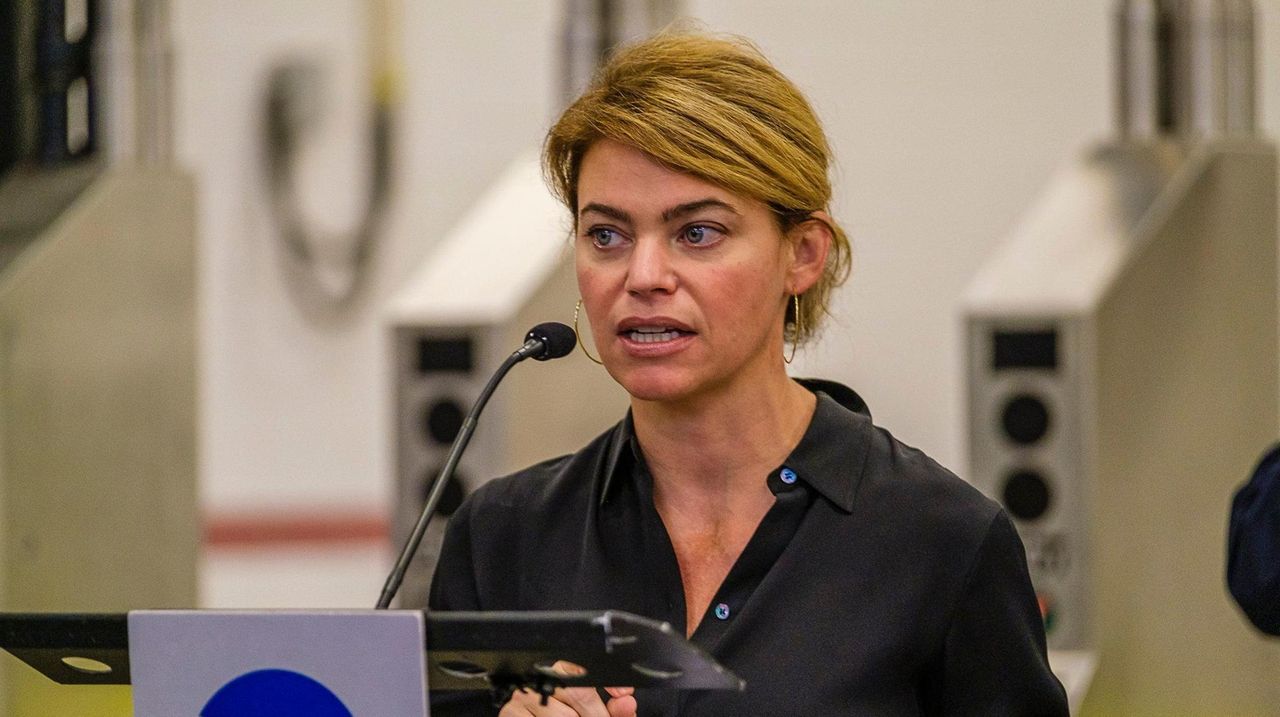 Inside the MTA moves

The significant leadership changes coming to the Metropolitan Transportation Authority and Empire State Development will ripple through many layers of state government, but there’s still a lot we don’t know.

MTA chairman and chief executive Pat Foye’s move to lead Empire State Development will mean new plans for current ESD President and Chief Executive Eric Gertler, who has led the agency for just two years but was never even confirmed by the State Senate. Tuesday, Gertler told his staff he had expressed interest in returning to the private sector several months ago and would continue as an ESD board member.

Feinberg, who will be the first woman to serve as MTA chair, will continue as head of NYC Transit until Foye leaves in late July. She told The Point Tuesday that she’s already “actively looking” for a new Transit president and hopes to have someone in place by the time she takes on the chair position.

Lieber, meanwhile, will continue to oversee the MTA capital plan even after becoming CEO. It’s unclear as of now whether someone will take on his current title, or how leadership of Construction & Development will change going forward.

Lieber’s role has become particularly important for the Long Island Rail Road, as he has spearheaded the railroad’s Third Track project, and for the progress being made on the East Side Access connection to Grand Central Terminal. While Feinberg’s focus at the MTA has been on subways and buses, she noted that her prior role as Federal Railroad Administrator put her in charge of regulating the LIRR, adding, “I arguably have spent more time dealing with the commuter railroads.” Feinberg said one of her top priorities is bringing ridership back to the LIRR.

On top of all of these moves, the MTA still doesn’t have a chief operating officer since the departure of Mario Peloquin earlier this year, so that’s another role Feinberg and Lieber will have to work to fill.

Then there’s the question of whether Feinberg and Lieber will want to make changes to other spots their predecessors had filled. Will Phil Eng, for instance, continue to head the Long Island Rail Road? Sources say that at least for now, the likely answer is “yes.”

Feinberg and Lieber will be splitting the roles Foye singularly held. Gov. Andrew M. Cuomo had wanted to split the two jobs back in 2017, but at the time, Foye reportedly wanted the gig only if both titles were included.

While Foye plans to stay on with the MTA until the end of July, Cuomo needed to take some public steps to prepare for the move now. That’s because splitting the two MTA positions held by Foye requires a change in state law, and with the legislative session ending this week, that had to happen now.

Feinberg, like Gertler, never held her position as president of NYC Transit without an “interim” before the title, something she specifically wanted because of the freedom she said it offered her. (In response to an interviewer who once speculated Feinberg “likes being able to pick up and go at some point if she wants,” Feinberg replied, “Ding ding ding.”)

When Foye heads to ESD, he, too, will have the “interim” designation. Is that to provide him some of that same freedom?

If there’s one thing Tuesday’s big moves showed, it’s that nothing in state government is permanent.

“Have you ever wanted to tell a police officer where to go, or what to do?” Cameron teases, in words that sound as if they’re a pitch from a legal defense firm. Quickly, Cameron adds the punchline: “Have we got a job for you. We’re hiring public-safety dispatchers.”

Cameron’s unique appeal for applicants first popped in social media, particularly Instagram and Facebook. Then, police spokeswoman Dawn Schob told The Point, Ronkonkoma-based JVC Broadcasting agreed to run the message as a public service announcement, including a spot in Spanish.

The ironic mini-script is homemade, not the work of a public-relations agency, officials said. It was crafted by the acting commissioner himself, according to Schob.

Behind the appeal is an alarming shortage of dispatchers, reported in the county for some time. Nearly a year ago, Newsday reported that vacancies in the ranks of 911 call operators and dispatchers at the SCPD spiked as some trainees quit and the coronavirus pandemic stymied hiring. This spring, even with pandemic restrictions easing, vacancies have persisted.

The duties can be challenging. “It is a tough job. It’s not for everybody,” Lt. Anthony Calandrillo, the police department’s legislative liaison, testified before county lawmakers last July.

The SCPD’s ad runs until Wednesday, the final day to sign up for the dispatcher exam. It’s airing three times a day on JVC’s local stations, including MyCountry 96.1, Oldies 98.1, LI News Radio 103.9, Party 105.3 and La Fiesta 98. The test itself is to be administered on July 31.

Salary for the job is advertised as nearly $46,000 for those with rotating tours, plus medical, vision and dental benefits. This works both ways, of course. By inviting people to tell police where to go and what to do, Cameron gets to suggest where they can go and what to do — if they want the job. Or at least the county can do that, through its Department of Human Resources, Personnel and Civil Service.

Did one smart ad, unassisted by a special consultant, help? Maybe the number of test applicants will tell us.

State Conservative Party chairman Gerard Kassar will be heading to Manorville Tuesday evening for a party event. One of the talking points he’ll likely bring up: Lee Zeldin.

That’s because Kassar on Friday announced that the Shirley Republican had notched enough county support to become the party’s “presumptive candidate” for governor.

The official bestowing won’t happen until sometime around late February or March at the minor party’s convention, Kassar told The Point on Tuesday, but he says the “presumptive” title is a meaningful shift.

“The major difference is going to be me,” Kassar said, explaining that it would not have been appropriate for the chairman to specifically advocate for Zeldin beforehand. But when Zeldin passed the 76% mark with the endorsement of the St. Lawrence County Conservative Party, that changed.

Kassar anticipates the same will happen this time around, noting that though GOP challenger Rob Astorino interviewed with the Conservative Party’s state executive committee, he’s not aware of any party leaders who prefer anyone to Zeldin.

He says he’s confident that Zeldin would carry the party over the new ballot threshold of 130,000 votes or 2% of the ballots cast in presidential or gubernatorial elections, and he also thinks Zeldin’s connections to former President Donald Trump aren’t a problem for the party.

“The Conservative Party is very comfortable with the Trump connection.”

Did you miss an issue of The Point? Browse past newsletters here.