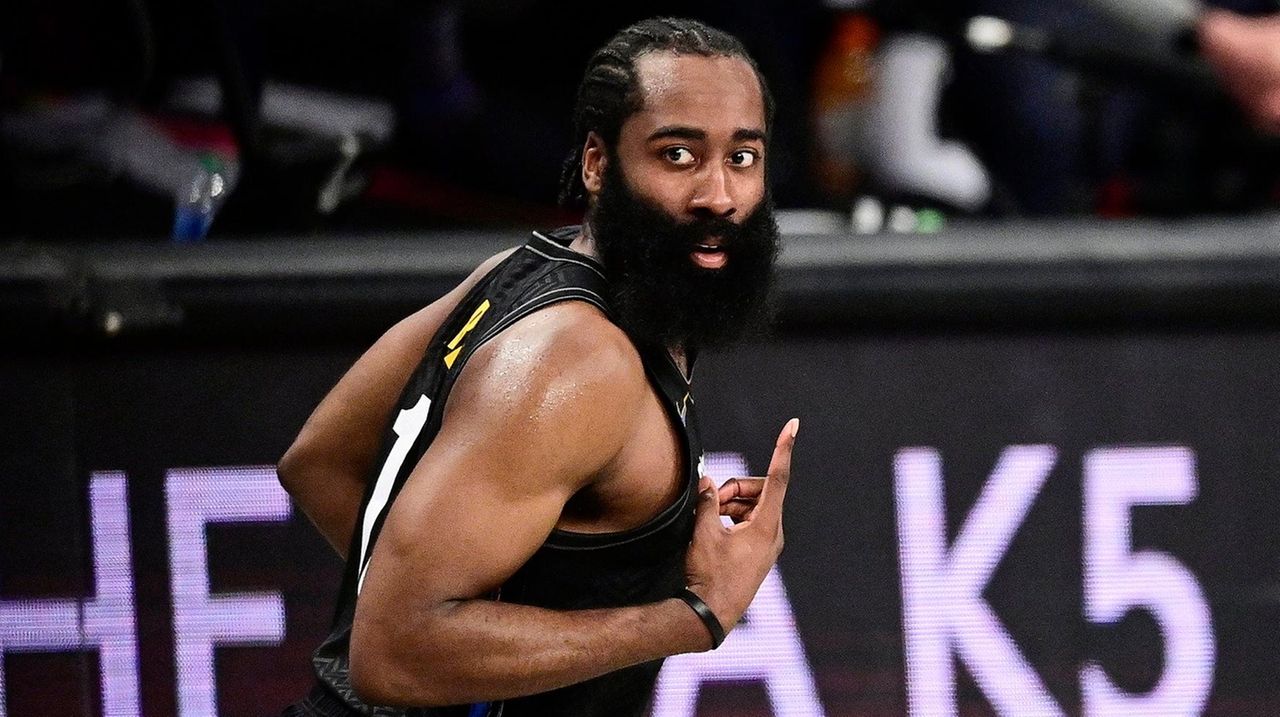 No one will feel sorry for the Nets as they make their way through the Eastern Conference Semifinal series against the Milwaukee Bucks without James Harden for an uncertain period of time. And the Nets aren’t dealing with his absence by feeling sorry for themselves either.

The Nets lost Harden to what the team is still calling tightness in his right hamstring just 43 seconds into Game 1 of the series and managed to regroup with the other two components of their “Big 3” — Kevin Durant and Kyrie Irving coming up big and several of the remaining 12 players stepping up.

But as difficult as it may have been to change gears quickly it also presented a change in style that the Bucks had prepared for against Harden and the Nets. Now, with a day off to prepare, the plans would be different for Game 2 — and beyond if Harden can’t get back in the lineup.

“I don’t want to bring this up again but you know things are new for us,” Nets coach Steve Nash said before Monday’s game, “There’s plenty to work on. It’s not like a final product at all. We got a win in a tough playoff game and that was super positive but at the same time we can refine all the things we’re doing defensively, offensively. We’re still growing into ourselves and learning to play with one another. So without getting specific there is plenty of things on both sides of the ball that we want to continue to refine.”

“At this point, we’ve obviously dealt with our fair share of adversity throughout the season,” said Landry Shamet, who had just two points off the bench Saturday, but it was a basket that sent the Barclays Center crowd into a frenzy as he threw down a dunk over Jrue Holiday. “But it’s a good thing in preparing you for inevitability and knowing things like this are going to come up if you want to make a long run. We’re equipped for whatever comes forth with all of it. Yeah, we’re in a good place being able to manage and handle things like this.”

“You have to accept it and you have to enjoy the opportunity we have regardless of the adversity that we face,” Nash said. “And we’re still alive, we’re still playing basketball and we get to work with a great group of guys. So I look at all the positives and look at this great opportunity our team has to compete in the playoffs, learn, challenge ourselves and grow.”

It’s certainly no secret that the Nets have had to adapt to changing circumstances this season around their stars. With Harden joining the team less than a month into the season, the Nets still only managed to get Harden, Durant and Irving on the floor together for eight games in the regular season as Nash navigated his way through injuries, recovery days and Irving’s assortment of absences.

But the Nets did get comfortable with the three of them on the floor together in the opening round, five-game run through the Boston Celtics. The trio all played in every game and were the top three in minutes played for the Nets as they combined to average 85.2 points per game — the rest of the team putting up just 38.2.

Joe Harris was next up with 34.9 minutes played per game and was the only other player to average double-figure scoring in the first round (13.4 ppg.), but the Nets got huge contributions in Game 1 from the likes of Blake Griffin, who had 18 points and 14 rebounds, and Mike James, who had played just nine minutes in the five games against Boston but played 30 minutes in Harden’s absence and put up 12 points and seven rebounds.

“James [Harden] is one of the best players in this league,” Harris said. “But we’ve been in situations over the course of the regular season where we’ve been shorthanded, different lineups, different guys in and out. The whole philosophy doesn’t necessarily change. Trying to play the right way, play for each other, compete at a high level at both ends and try to put it together for a full 48.

” . . . You never know what’s going to happen over the course of the playoffs. You see it year after year where different people have huge impacts being able to come in and it might be the 10th, 11th, 12th, 13th, 14th guy on the roster. And you just never know what’s going to happen, what sort of situation presents itself and then I think it’s just about staying ready. [It’s] exactly somebody like . . . Mike James where he didn’t play at all in the first series but his number is called and he’s ready to go.”