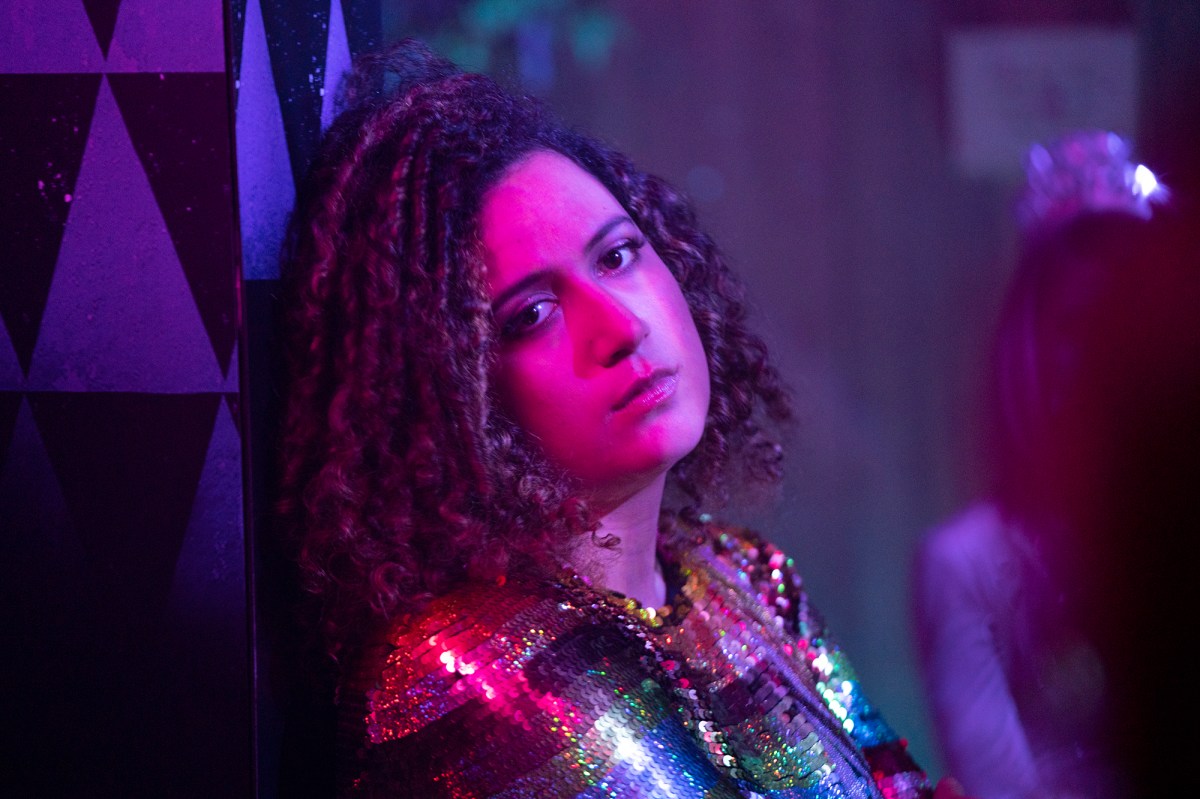 “Starstruck” is a refreshing comedy about what happens when a young woman’s meet-cute with a movie star takes a romantic, awkward turn.

New Zealand comedian Rose Matafeo co-wrote and stars in the six-episode series, premiering Thursday (June 10) on HBO Max. It’s a co-production with the BBC and premiered in late April in the UK.

Matafeo plays Jessie, a 28-year-old New Zealander living in London and holding down two uninspiring jobs, one working the concession stand at a local movie theater. She lives in a small apartment with her roommate/best friend, Kate (Emma Sidi), and is no stranger to casual flings. “Being sad doesn’t make you interesting,” Kate tells her.

Each episode unfolds in a different season and, in the series opener, it’s New Year’s Eve. Kate drags Jessie to a party at a nearby bar, Jessie gets roaring drunk, and ends up sleeping with a guy she meets in the men’s room. Unbeknownst to her, he’s movie star Tom Kapoor (Nikesh Patel), and the unlikely couple hit it off. “It’s just the cleaner!” a paparazzi yells to his shutterbug compatriots as Jessie emerges from Tom’s apartment in the morning — an indication of things to come as “Starstruck” chugs forward.

It turns out that Tom is actually a good guy with his heart in the right place, which is a nice departure from the usual celebrity-as-a-self-involved-jerk trope we’re used to seeing. Jessie, too, is a good person, and eschews the millennial kneejerk reaction of turning her encounter with Tom into a viral social media moment: no tweets or selfies or Instagrams in sight, just her surprised reaction that she and Tom seem truly interested in each other, despite their alternate-universe lifestyles. (He comes up as “Tom Famous” on her iPhone.)

In the proceeding episodes, Tom and Jessie find themselves thrown together in a series of unlikely situations as they both try to move on with their lives since they don’t see much of a future together — a situation for which they both secretly pine. Jessie walks out on Tom after discovering photos of a woman in his bedside table; Tom walks out on Jessie after one of her jealous, wannabe suitors tells him she has a serious boyfriend. Those kinds of things.

It’s all done with a whimsical-yet-revealing tone and the two leads are endearing: Jessie marches to the beat of her own drummer, firing off one-liners with aplomb, with just a hint of sadness behind her bravado. Tom, meanwhile, is fed up with the “movie star” lifestyle and being controlled by his neurotic, pushy agent, played by Minnie Driver — who refers to everyday people as “civilians” and lectures him about staying slim (“No bread!” she barks at him when leaving a restaurant). He’s bored with his new movie’s co-star, Sophie Diller (Nadia Parkes) and is just going through the motions of their expected off-screen romance. He connects with Jessie, and she with him, in that almost intangible way.

Matafeo, a veteran standup comedian and TV star in New Zealand, shows a distinctive flair in writing about Jessie’s everyday life (the series was co-written by Matafeo’s podcast co-host, comedian/writer Alice Snedden) and in developing farcical situations. Matafeo and Patel have nice on-screen chemistry; you believe that Jessie and Tom really are simpatico, if only they can get past the many obstacles, personal and otherwise, that are thrown in their way.

And with “Starstruck” being renewed for a second season, we’ll get the chance to see where their story ends up.