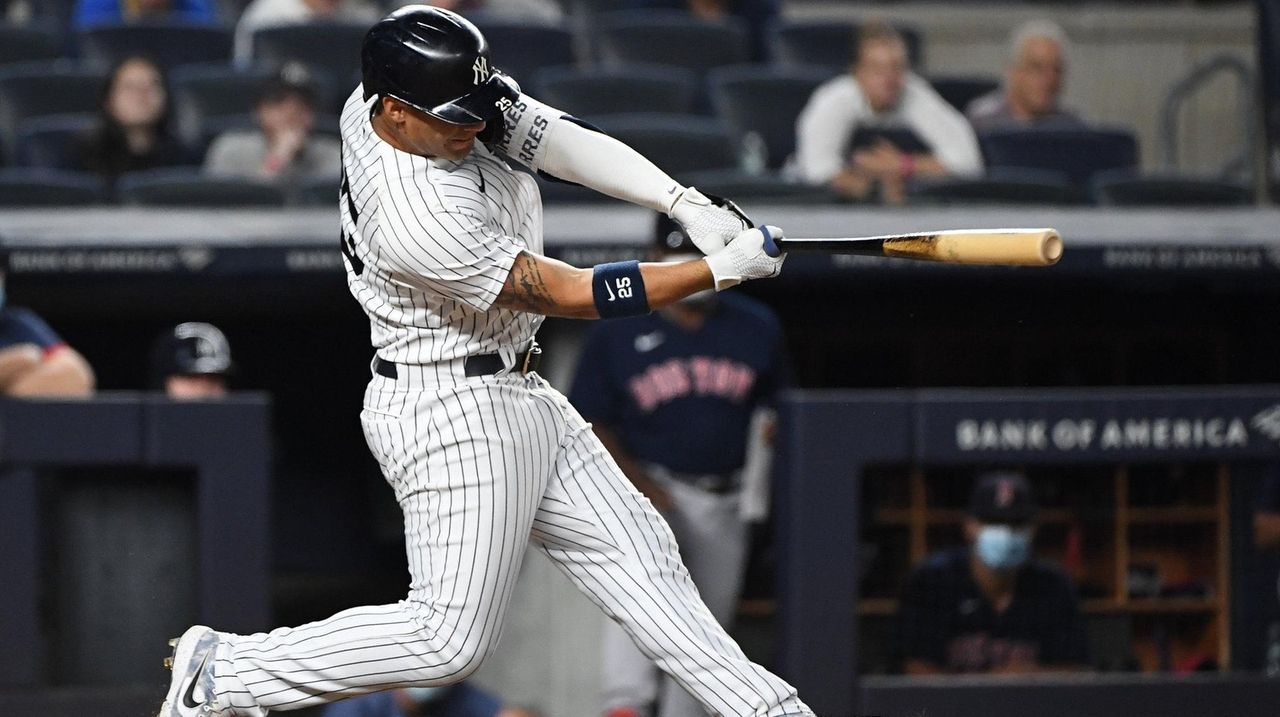 Listening to the Yankees late Sunday night after they were swept by the Red Sox in the Bronx for the first time in a decade, they sounded as delusional as Gabe Morales.

Morales, as you probably know, was the plate umpire who rung up Rougned Odor on a knuckle-curve from Matt Barnes that was roughly five inches outside the strike zone, thus ending the Yankees’ great chance to win in nine innings.

It was a bad break, a brutal call, and should have MLB working overtime to get those robots operational ASAP. The furor over Morales’ inflated zone also led to a pair of Yankees coaches getting bounced, first Phil Nevin (IV still in his arm after a horrendous bout with COVID-19 and a staph infection) and later Carlos Mendoza, perhaps in a case of mistaken identity.

But that wasn’t the reason the Yankees ultimately went belly-up to the Bosox, losing 6-5 in 10 innings.

A contributing factor, sure. A walk to Odor was only going to load the bases with two outs, and from what we know about the 2021 Yankees, scoring there was no guarantee.

Just as the Yankees disagreed with Morales’ warped version of reality in that spot, we should take issue with their vision of what this season is shaping up to be, especially after getting their butts kicked in their own backyard (2-5) during what was supposed to be a pivotal “Rivalry Week” in the Bronx.

Amid the fog of Aaron Boone’s unwavering positivity, the Yankees now reside in fourth place in the AL East, 6 1/2 games behind the division-leading Rays, who never lose. They’ve dropped 10 of 13 to sit a mere two games over .500 (31-29) and still had the audacity Sunday night to speak of themselves as a “championship team.”

At the moment, the Yankees aren’t even a wild-card team, and it’s never a good sign when players talk about building on a tough loss, or everything they did right — otherwise known as doing just enough to lose.

“Look, there’s urgency,” Boone said. “But we’re in control of our season and our destiny. Very much so. And we’ve got to take control of it.”

The Yankees are right where they should be based on their level of performance. They hit into three more double plays Sunday night, raising their total to 58 in 60 games — tops in MLB — and went 3-for-12 with runners in scoring position, stranding a dozen over 10 innings.

Then there was the defensive debacle that occurred in the eighth inning, when three Yankees failed to catch a pop-up in shallow rightfield, and Christian Arroyo’s resulting “double” — a ridiculous ruling — led to the Red Sox taking a 4-3 lead.

DJ LeMahieu, Chris Gittens and Clint Frazier all converged on the high pop-up before it finally clanged off LeMahieu’s glove. Boone wouldn’t name a culprit on the misplay, saying he had to see the video first, but Frazier appeared to have the easiest read on the ball as he was running in. Arroyo hustled all the way to reach second, moved to third on Alex Verdugo’s grounder to second and scored on Xander Bogaerts’ sacrifice fly as the Red Sox built a run.

The Yankees did show some fight to rally from an early 1-0 deficit to go up 3-1 on Gary Sanchez’s two-run double and Judge’s hard grounder up the middle that was turned into a forceout at second, each time with the bases loaded. Gleyber Torres also got them to extras with his RBI double in the ninth. But all that gets overshadowed when you commit Little League miscues or two-thirds of the lineup is misfiring on a regular basis.

“We’ve still got about 100 games left in the season,” Judge said. “And that’s what we’ve got to focus on — the bigger picture.”

The Yankees didn’t even start Giancarlo Stanton, as Boone suggested he’s still recovering to some extent in his return from a quadriceps strain, but he did make a rare cameo as a pinch hitter with a runner on first base and two outs in the eighth. Stanton whiffed on four pitches, waving at a slider, and is hitting .083 (2-for-24) with a pair of singles and 12 strikeouts in eight games.

As for the game’s final at-bat, the Yankees couldn’t have scripted their last chance any better, with Tyler Wade at second and LeMahieu — the former RBI machine — at the plate. This time, however, he grounded harmlessly to second, kicking off the Red Sox celebration.

For now, the sole owners of fourth place are alone in that mindset.