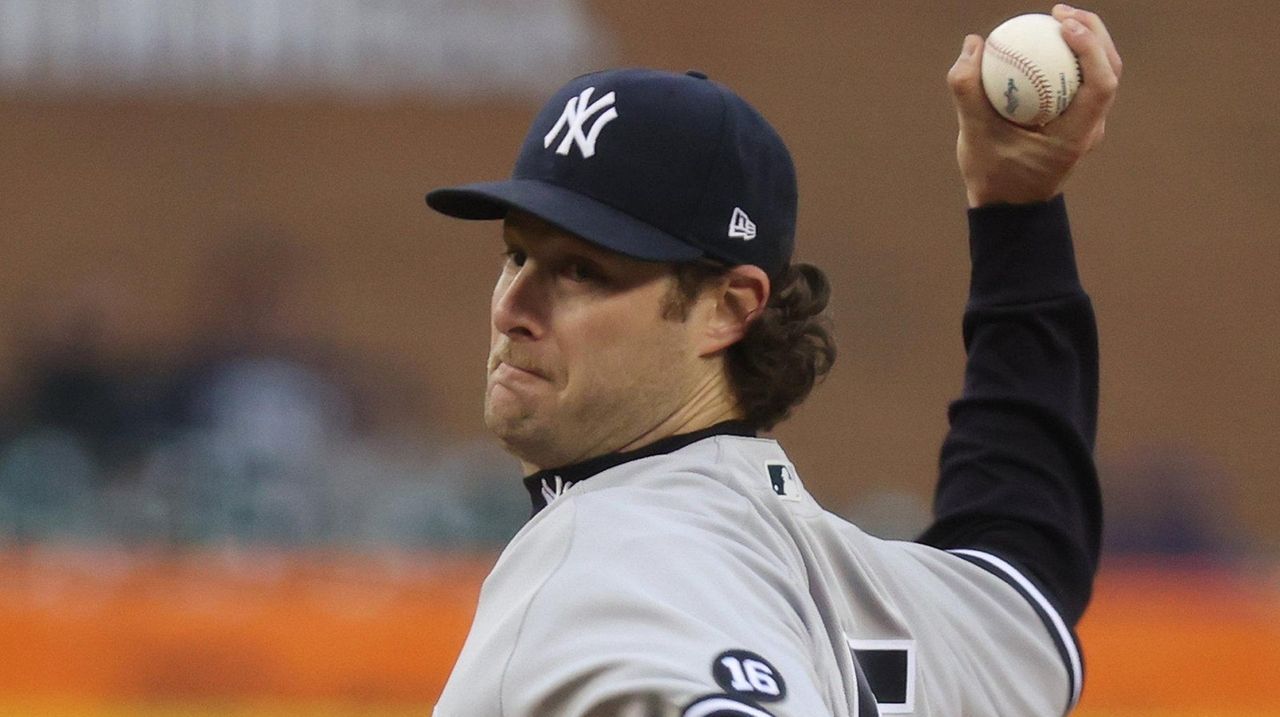 Gerrit Cole knows what it’s like to pitch with everything on the line. Do-or-die elimination games, a World Series quest hanging in the balance.

But nothing could have prepared him for what he faced Wednesday night at Target Field, where Cole’s reputation was at stake, his entire body of work on trial, due to clingy allegations of using “sticky stuff” to enhance his performance.

Cole further entangled himself in the gooey mess by projecting a confused, if not guilty face during Tuesday’s Zoom interrogation by reporters. There’s no denying Cole has relied on a supernatural spin-rate jump in becoming one of the game’s elite pitchers — a transformation that occurred after his trade to the Astros from the Pirates in 2018 — and some have accused him of using illegal grippy substances to do so.

The question now becomes whether or not Cole’s brilliance is merely a product of those products, and will his powers disappear once those concoctions are removed from the game, too? MLB’s pledged crackdown isn’t supposed to go into effect for another few days, but Cole already was feeling the heat Wednesday, the burn of an unwelcome spotlight, a nation of skeptical eyeballs tuned in.

Facing the lowly Twins, presumably without any of Cole’s sticky allies, wasn’t the only hurdle. Cole also had to contend with an invisible enemy, the Rapsodo scanners, implanted at every major-league ballpark to record spin rate, among other metrics. If Cole’s spin rate — the revolutions per minute of every pitch — continued the dip from last Thursday’s loss to the Rays, that figured to be another “a-ha” moment, more evidence for the growing pile.

On Wednesday night, Cole was forced to fight back against those ready to label him a fraud, a $324-million cheat. That’s a lot to be riding on a June 9 start.

“I think he’s very well equipped to handle so many things,” manager Aaron Boone said before the game. “Especially as good as he is at his craft, as smart as he is, as hard a worker, as focused as he is, he’s very equipped to handle it. When you’re one of the best players in the sport, you know you’re going to face different challenges, on different levels, all the time.”

The discussion over baseball’s latest form of substance abuse had swallowed the sport in recent days, but Cole was vaulted into the center of the storm, put there in part by the Twins’ Josh Donaldson, who called out the Yankees’ ace by name.

In Wednesday’s first meeting, Cole exacted some immediate revenge in the cool way many assumed he would — by striking out Donaldson on five pitches. Cole never even threw inside, twice going to his fastball (98 & 100) for foul-tip strikes before getting Donaldson to look foolish swinging over an 86-mph knuckle curve.

Cole enjoyed it, too. He glared at Donaldson, holding his gaze for a few seconds, before touching his visor in a “see-ya” salute.

It was Donaldson who teed up Cole for a renewed round of public scrutiny with last week’s thinly-veiled accusations, then doubled down on them before facing him Wednesday. Repeatedly poking a bear who throws 100-mph is a bold move, but it was Cole who did the most damage to himself during Tuesday’s Zoom conference with media.

Cole clumsily tiptoed his way through the awkward 15-minute session, and wound up leading with his chin when asked directly if he had ever used Spider Tack, the super-sticky, glue-like substance designed for power lifters but adopted by pitchers to jack up their spin rates.

“I don’t know quite how to answer that, to be honest,” said Cole, who stammered for roughly 10 seconds in processing the reply. “I mean, there are customs and practices that have been passed down from older players to younger players from the last generation of players to this generation of players. I think there are some things that are certainly out of bounds in that regard, and I’ve stood pretty firm in terms of that, in terms of the communication between our peers and whatnot.”

After flunking that test, Cole needed to formulate a better answer when he took the mound Wednesday, and perhaps find a cleaner way to restore his expected spin rates. In his previous start, the Rays’ loss, Cole’s four-seam fastball had decreased by 125 RPMs, a significant drop. Around that same time, word of MLB’s crackdown was leaking out, and four minor-league pitchers were suspended for using sticky substances.

All of that did not go unnoticed by Donaldson, who already had launched a personal campaign against the illegal practice, and then chose to make Cole the face of it, asking if Cole’s spin rate slide was “coincidence.”