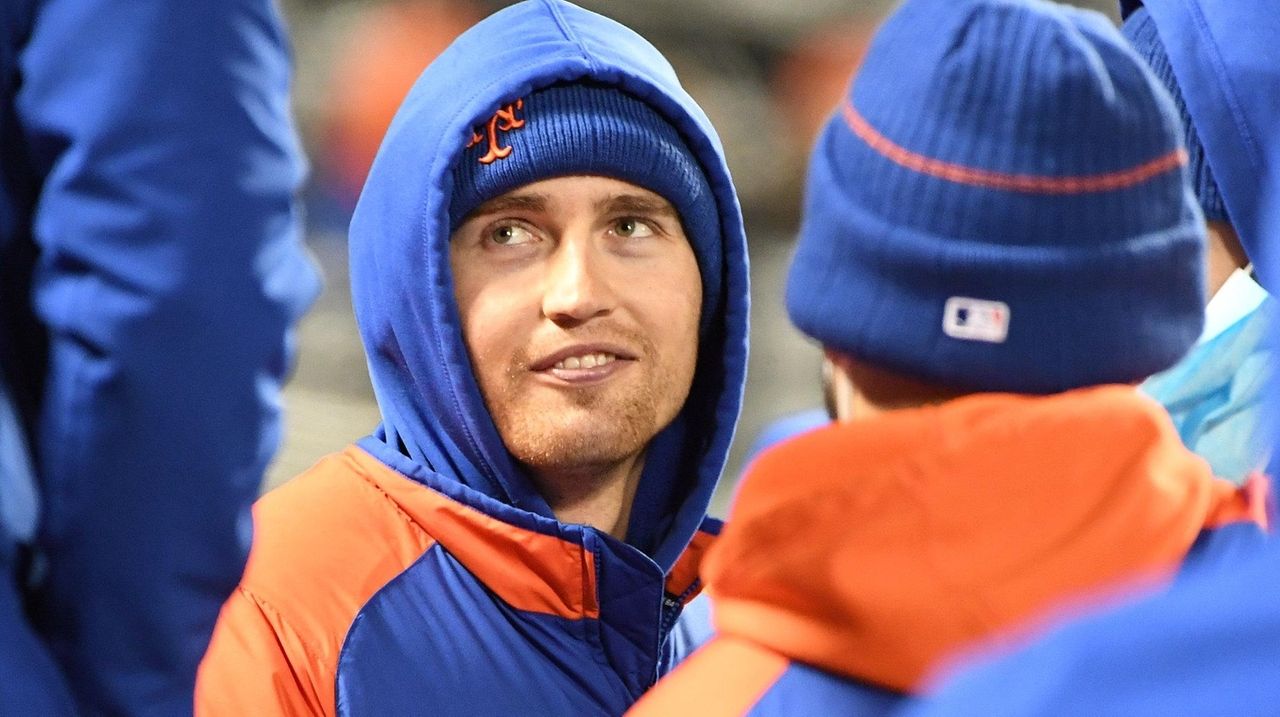 SAN DIEGO — J.D. Davis is wearing a splint on his left hand for at least a week, manager Luis Rojas said Sunday, the latest signal that he is not close to returning to the Mets.

That development came after the team shut him down again when he tried swinging several days ago. Davis is scheduled to take the splint off and be reevaluated in a few days. He has been out since May 2 because of a sprained ligament between his middle and ring fingers.

In other hand-related injury news, Brandon Nimmo is taking dry swings but is not hitting baseballs. He has been out about as long because of a nerve issue in his left hand.

“We want these guys to be at their best when they’re going to come to us,” Rojas said. “So, [Davis is] not there. He’s still feeling it. We want him to get there. So whatever time it takes now to get there, we’ll respect that. I just want him to be locked in with that and not to be frustrated, not to be negative about it.”

The Mets have gotten 76% of their Tier 1 personnel — mostly players — fully vaccinated against COVID-19, a source said.

That is a tick down from their 77% a month ago due to changes to the 40-man roster.

MLB and the MLB Players Association said Friday that 20 teams have reached the 85% threshold and are allowed to operate under relaxed protocols. Two additional clubs will be there within two weeks, when enough time has passed after their final shots.

Jonathan Villar was absent from the lineup for a fourth game in a row Sunday as he continues to deal with a tight right hamstring.

After he had three at-bats and played four innings at third base off the bench Saturday, the Mets thought it would be better not to start him. Then he can have the team day off Monday before hopefully starting Tuesday, Rojas said.

“We don’t want this to be another McNeil,” Rojas said.

Luis Guillorme (strained right oblique) played five innings for Syracuse on Sunday, up from three innings in each of his first two games. If he continues to feel good, he is looking at a return Friday.

The Mets plan to pitch ace Jacob deGrom on Friday against the Padres, the start of a seven-game homestand.

That will keep him on somewhat normal rest despite two days off this week (Monday and Thursday) and push Joey Lucchesi back to Saturday.

The Mets traded catcher Bruce Maxwell to the Giants for cash considerations. He had been with Triple-A Syracuse but hadn’t played in two weeks despite being healthy.

Maxwell is known for being the first major-leaguer to kneel for the national anthem, doing so when he was with the Athletics in 2016. He signed a minor-league deal with the Mets last July.

Orioles righthander Matt Harvey is scheduled to face the Mets again Wednesday in Baltimore. Taijuan Walker will go for the Mets.