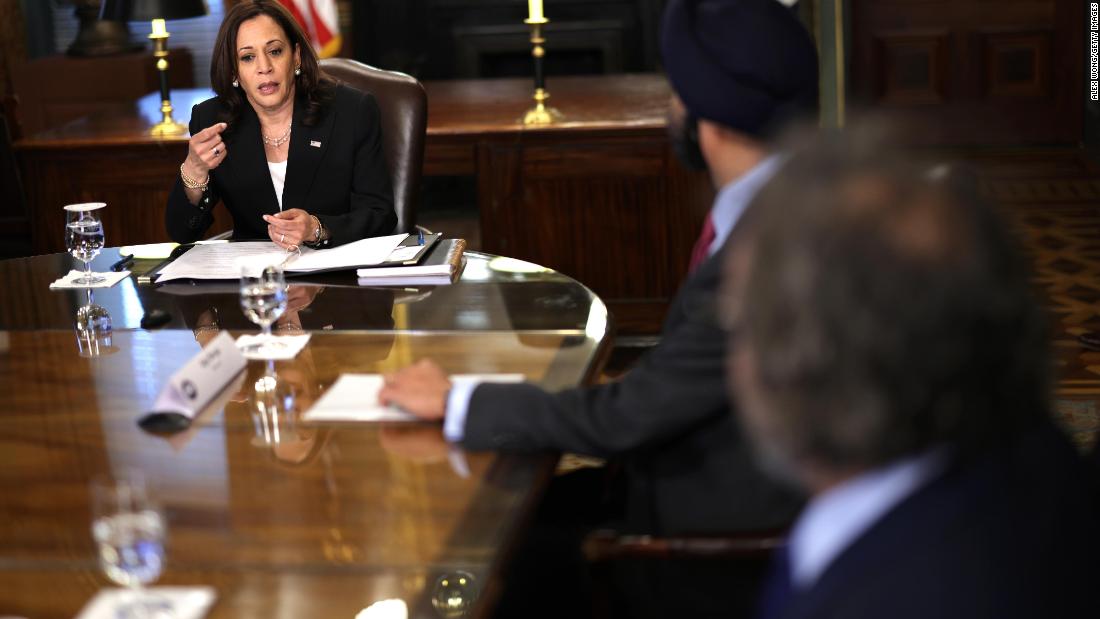 Harris’s national security adviser, Ambassador Nancy McEldowny, told CNN that Harris chose Guatemala as the destination for her first foreign trip as a sign that Central America is among her top agenda items.

“It shows the priority that she places on the strategy that she’s building out on the cooperation between our two countries,” McEldowney said. “We value this place, and we want to be helpful.”

A senior official also said that Harris had built up a “real rapport” with Guatemalan President Alejandro Giammattei, which she hopes to build on with clear policy agreements.

The Biden administration is facing ongoing political pressure to stem the tide of migrants at the US’s southern border, which hit a two-decade high for a single month in April, according to US Customs and Border Protection’s latest figures.

Nearly half of the 178,622 migrants encountered at the US-Mexico border came from the Northern Triangle countries of Guatemala, El Salvador and Honduras that month.

Harris and her team have also been combating the perception advance by Republicans that she is the Biden administration’s border czar. The vice president’s portfolio is focused on stemming the root causes of migration, not the situation at the southern border, though the two are closely intertwined.

Beyond the confluence of migration factors that Harris is aiming to tackle — from poverty and hunger to climate change and crime — Harris will need to engage in deft diplomacy as she looks to confront the issue of corruption in Guatemala and the Northern Triangle at large.

Harris’s arrival follows a slew of efforts by the Guatemalan government to weaken anti-corruption efforts in the country. Questioned as to why Harris would visit Guatemala amid those efforts, which have included the arrest of several anti-corruption figures, senior officials argued dialogue is the most productive way forward.

“The best way to deal with these cases, where you have a very complex relationship … is to talk clearly and plainly as partners. Right? As countries that have to get along,” Ricardo Zuniga, the US special envoy for the Northern Triangle said. “We talk about easy things, but we talk mostly about hard things.”

Amid those disagreements and the persistence of corruption in Guatemala, vice presidential officials are emphasizing the dual nature of Harris’ visit: meeting not just with the Guatemalan President, but separately also sitting down with civil society leaders and entrepreneurs.

Harris will also hold a joint news conference with Guatemalan President Alejandro Giammattei on Monday, with the two leaders expected to take questions from the press.

Biden’s experience with Russia, in key moments from 1973 to now

Biden to nominate Michael D. Smith as CEO of AmeriCorps