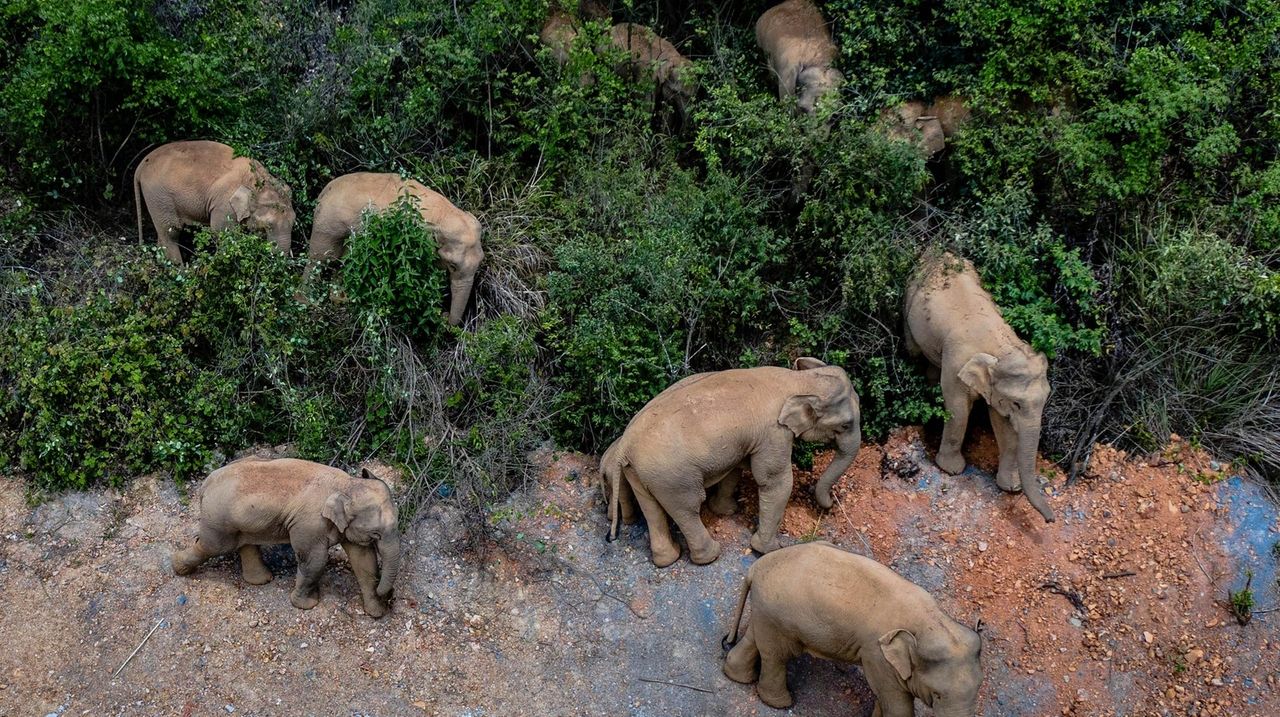 Perhaps you’ve heard about the elephants.

Fifteen of them, to be exact, and they’ve been traversing China for more than a year now. They are more than 300 miles from their starting point, a nature preserve in southwest China. Dividing that distance by the 15 or so months they’ve been on the move underscores why the beloved pachyderms are said to “lumber.”

And having crossed all sorts of terrain, encountered various manifestations of human civilization, suffered defections and welcomed births, they arrived recently on the outskirts of Kunming, a city of some 8.5 million people. Yes, that’s about the size of New York City. Imagine elephants making their way up the Jersey Shore.

The most delightful part of this unexpected journey is that no one knows why the elephants went rogue. Some are comparing their wanderings to the Oscar-winning “Nomadland.” Other hypothesize that the herd is following an inexperienced leader who has led them astray — which certainly seems like a useful metaphor for our times, though one ripped a little too obviously from the pages of recent history.

The movable drama, documented by drones and chronicled on social media, has a lot to teach humans about conservation, tolerance, and the ever-increasing chances for human-animal conflict in our modern world.

But at its root is mystery: Why did the elephants cross the road?

Expert elephantologists freely concede they might never know, which is a lesson for the rest of us. Some things defy explanation. And that’s OK. Other things can be explained but the explanations induce discomfort. Get buffeted with enough of both — as we have been lately — and it can feel like things are skewing out of balance, like the universe is awash in discordance, like disorder is winning the battle for the cosmos.

The drought map for California shows not one inch of the state not in drought, and fire season approaches. Meanwhile, genetically modified male mosquitoes have been released in the Florida Keys — to kill through breeding a particular species of mosquito that transmits a bunch of pretty lousy diseases to humans. The bugs have been moving steadily north from the warm environs they love.

Japan insists on holding the Olympics next month with barely 3% of the country currently vaccinated against COVID-19 and cases rising, some 10,000 of the mostly unvaccinated 80,000 volunteers who make the Games work having quit, and popular opinion in Japan running soundly against hosting the Games. An oil pipeline, the world’s largest meat supplier, and North America’s largest transit network are breached by hackers who manage to shut some of those operations for a time. A UN report out of Libya finds that a drone that attacked soldiers in one battle during that country’s civil war last year might have acted without human control.

We’re apparently going back to Venus having only recently arrived on Mars. And the federal government is about to issue a report that finds no evidence that the strange objects seen by Navy pilots over the past 20 years are alien spacecraft, but it also acknowledges that it has no explanation for the phenomena.

Are we experiencing a fissure in the intergalactic fabric? A time warp continuum? A wormhole, a portal, a convergence? Is Loki real and circulating among us?

And so like the elephants we go, lumbering through life.

Michael Dobie is a member of Newsday’s editorial board.