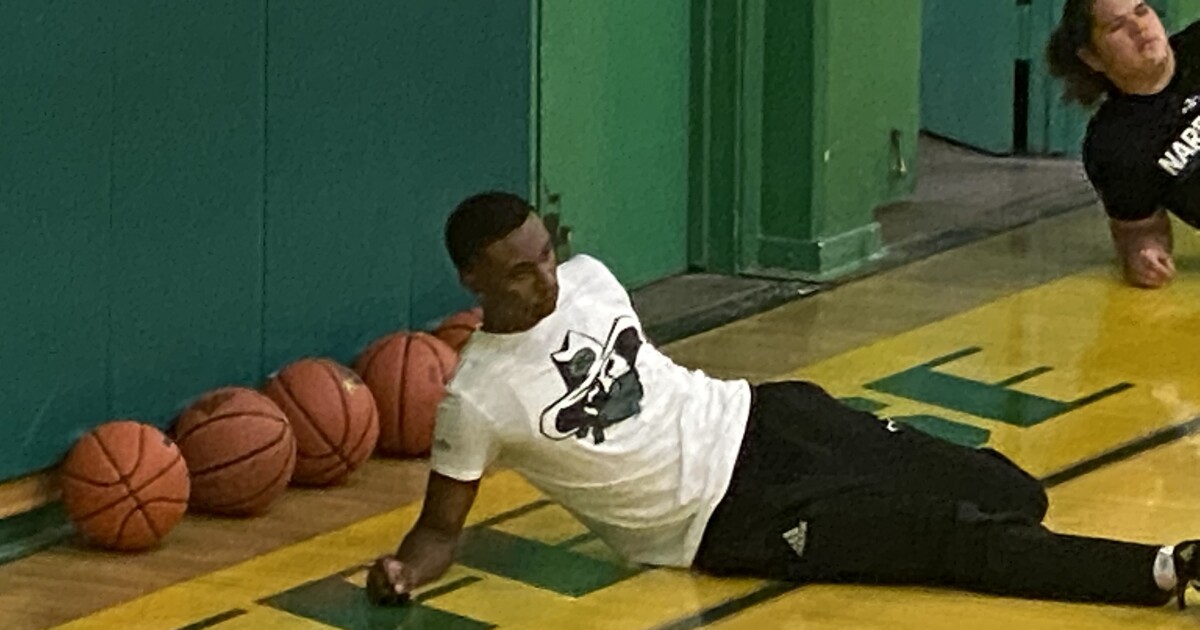 It was in December of 2019 that junior guard Devean Williams of Harbor City Narbonne started experiencing chest pains.

He spent a month in the hospital undergoing treatment and tests for a condition that was diagnosed as myocarditis, inflammation of the heart. He played in only two games last season.

COVID-19 shut down high school sports in March 2020, and even though he was cleared to resume playing in February, Narbonne’ season was on hiatus. The Gauchos finally got to play eight regular-season games, and Williams responded with 40 points against Woodland Hills Taft, 30 against Carson and 28 against Gardena.

“He’s a three-level scorer,” coach Anthony Hilliard said. “He can get to the rim, he has a pull-up jumper and he can shoot the three.”

On Friday night in a City Section Open Division playoff opener, Williams did his best for the No. 4-seeded Gauchos, scoring 24 points before fouling out in a 61-52 loss to King/Drew.

No. 5-seeded King/Drew (5-0) advances to play top-seeded Westchester, a 64-45 winner over El Camino Real. It will be a rematch of last year’s hard-fought semifinal won by Westchester.

“We get to face the great Ed Azzam,” Webster said of the opposing coach. “We have a lot of humility for that man. I have a lot of respect, but we’re up for the challenge.”

King/Drew received 18 points from Kalib LaCount and 12 from Kosy Akametu. Stanley Madu contributed six points during a 10-0 run in the fourth quarter that broke a 42-42 tie.

In the Southern Section Open Division, Corona Centennial came back from a first-game loss to Studio City Harvard-Westlake to win Pool B and qualify for the championship game. The Huskies received 33 points from Donovan Dent in an 84-69 win over Santa Ana Mater Dei. They finished 2-1 in their pool and advanced after La Verne Damien rallied for a 77-72 win over Harvard-Westlake. Centennial will face Chatsworth Sierra Canyon, an 82-76 winner over Rancho Cucamonga Etiwanda. Amari Bailey scored 25 points.

In Open Division girls, Mater Dei won Pool B with a 61-56 win over Harvard-Westlake and will face Centennial in next week’s championship game. Both teams are unbeaten.

In 2AA, Rolling Hills Prep received 19 points and 13 rebounds from Kenny Manzi in a 53-42 win over Santa Margarita to advance to the championship game against Hacienda Heights Los Altos, which defeated Long Beach Poly 58-56. In 2A, Irvine Crean Lutheran defeated Compton Dominguez 61-60 and will face Agoura, which defeated Murrieta Valley 86-72 behind 44 points from Jed Miller.