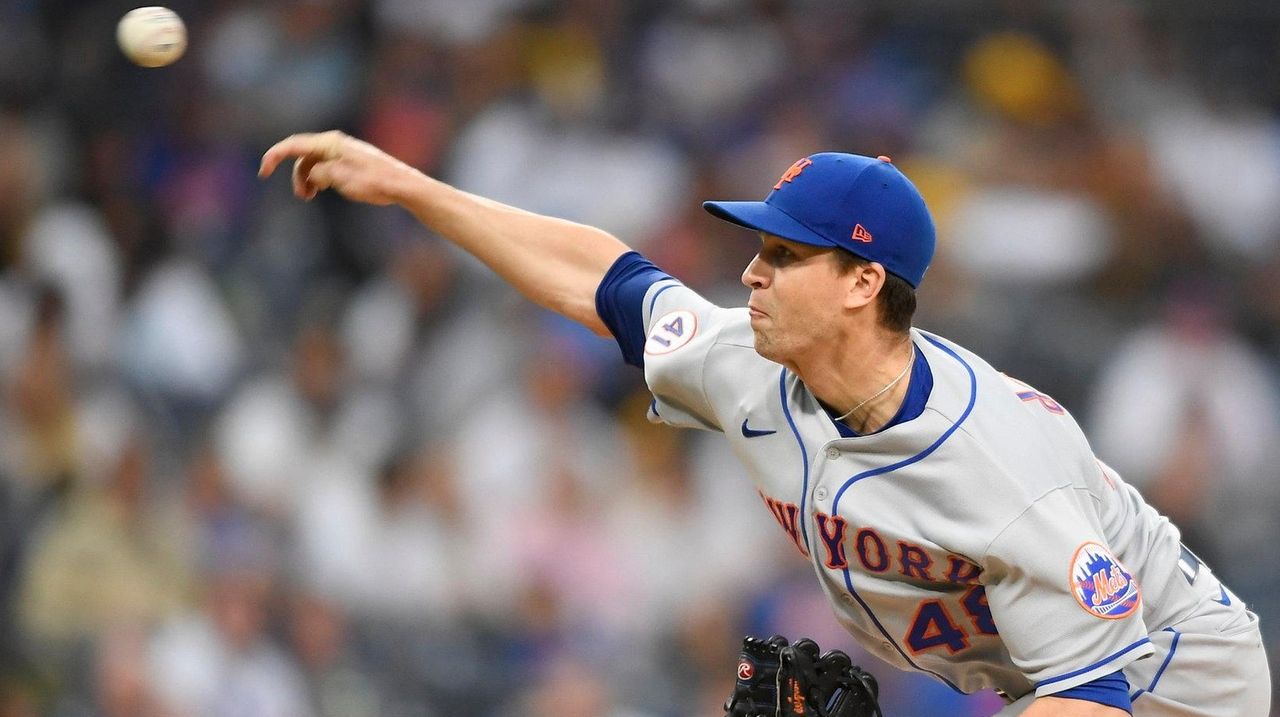 He offered more of his usual excellence Saturday in the Mets’ 4-0 win over the Padres: seven innings, no runs, 11 strikeouts. San Diego managed three hits and a walk.

Beginning with a bases-loaded, one-out situation in the fourth, deGrom retired 11 of his final 12 batters.

Among the other statistics that attempt to capture his dominance:

* DeGrom’s average fastball velocity was 100.4 mph, the fastest by a starter in a single game since 2008, when MLB started tracking such data.

* DeGrom’s 0.62 ERA is the lowest by any pitcher through nine starts since 1913, when earned runs became an official major-league stat.

* DeGrom’s ninth strikeout — Eric Hosmer swinging to end the sixth inning, stranding Fernando Tatis Jr. on second base — was the 1,450th of his career. That moved him into fourth place on the Mets’ all-time list, passing Sid Fernandez.

A hint of potential struggle Saturday came in the fourth, when the Padres (36-24) loaded the bases on Jake Cronenworth’s single, Tatis’ grounder to shortstop that became an error by Francisco Lindor and Eric Hosmer’s bloop single to left.

Manager Luis Rojas pulled deGrom at 85 pitches, his most in more than five weeks. DeGrom said after his previous start that he hoped to “take the reins off” this time, but that appeared to be not quite the case. Since he returned from a brief stint on the injured list, the Mets have been cautious with their ace, holding him to 63, 70 and now 85 pitches.

The Mets (28-23) took the lead — for the first time in the series — in the top of the fifth when Jose Peraza and Lindor homered against San Diego righthander Joe Musgrove.

It was Lindor’s fifth long ball of the season. He is tied with James McCann and Jonathan Villar for second on the team behind Pete Alonso (seven).

Musgrove worked into and out of trouble much of the night, and the Mets finally go to him late, starting with those dingers. He finished with three runs in five innings-plus, scattering eight hits and a walk. He also struck out 10.

The Mets added a run in the sixth. Kevin Pillar and Tomas Nido opened the inning with singles and Pillar scored on Jonathan Villar’s pinch-hit single against lefthander Tim Hill.

Villar’s single was the Mets’ first hit with runners in scoring position in 16 at-bats in the series.

Dominic Smith added a feet feat in the seventh, taking second base for his second steal of the week. Entering the week, he had one steal in his entire career.

The Mets added another run in the ninth against righthander Nabil Crismatt, a rookie who signed with them out of Colombia a decade ago. Lindor led off with a double and scored on Pillar’s single.