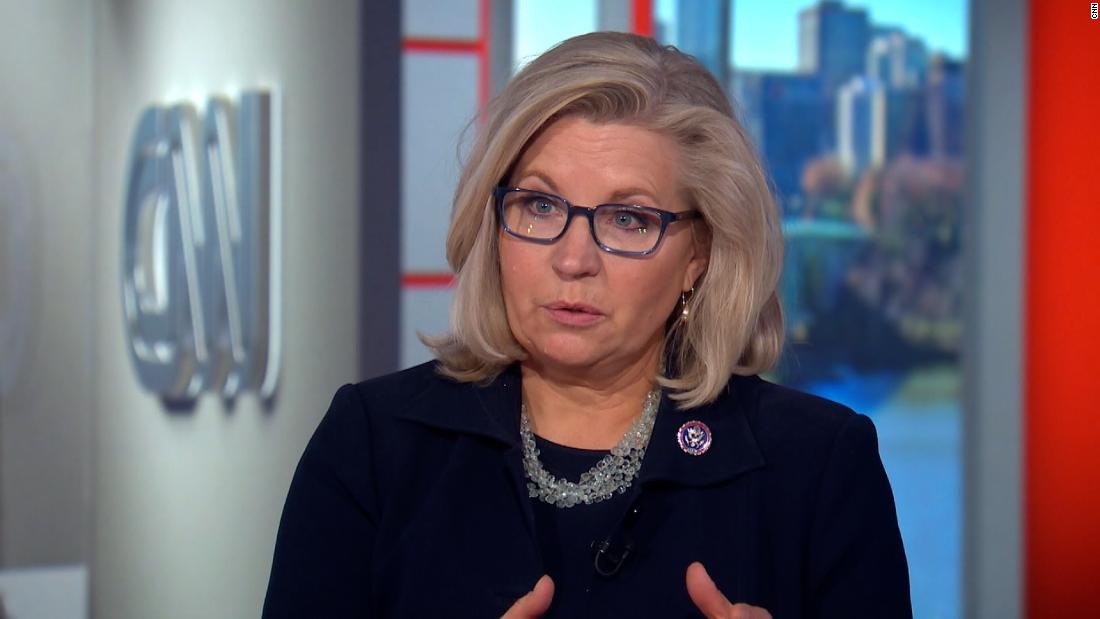 “I was stunned. I could not imagine any justification for doing that,” Cheney said of McCarthy’s visit to Trump during an episode of David Axelrod’s “The Axe Files” podcast, which was taped Saturday afternoon as part of a University of Chicago alumni weekend event. “And I asked him why he had done it, and he said, well, he had just been in the neighborhood, essentially.”
House Republicans ousted Cheney from her leadership position last month over her public rejection of Trump’s lie that he won the election — an ouster that McCarthy supported. Cheney, the daughter of former Vice President Dick Cheney, has repeatedly clashed with McCarthy, who has tried to align himself with Trump, and subsequently the Republican base, going into the 2022 midterms.
Cheney’s Saturday remarks underscored her commitment to decrying Trump’s baseless claims of election fraud and characterizations of the riot, despite losing her place in leadership over her stance. Trump continued to advance falsehoods about the election Saturday night when speaking to the North Carolina Republican Party, crushing the hopes of Republicans who want him to keep a stricter policy focus as Republicans go on offense in 2022.

“As I said, I think what Donald Trump did is the most dangerous thing, the most egregious violation of an oath of office of any president in our history,” Cheney said earlier Saturday. “And so the idea that a few weeks after he did that, the leader of the Republicans in the House would be at Mar-a-Lago, essentially, you know, pleading with him to to somehow come back into the fold, or whatever it was he was doing, to me was was inexcusable.”

Cheney also compared Trump’s rhetoric to that of the Chinese Communist Party, arguing that his casting doubt on the federal election system was comparable to efforts by the group to discredit American democracy.

“When you listen to Donald Trump talk now, when you hear the language he’s using now, it is essentially the same things that the Chinese Communist Party, for example, says about the United States and our democracy,” she said.

“When he says that our system doesn’t work … when he suggests that it’s, you know, incapable of conveying the will of the people, you know, that somehow it’s failed — those are the same things that the Chinese government says about us,” Cheney continued. “And and it’s very dangerous and damaging … and it’s not true.”

McCarthy has changed his tune regarding Trump’s accountability for the January 6 riot, which resulted in more than 100 police officers injured, halted Congress’ counting of the Electoral College votes for more than five hours, and forced lawmakers into lockdown when pro-Trump rioters overran the US Capitol Police. A week after the riot, McCarthy said that while he didn’t support impeaching Trump, he “bears responsibility for Wednesday’s attack on Congress by mob rioters.”
But about two weeks later, the California Republican visited Trump at Mar-a-Lago, where the two Republicans discussed strategy for winning the House majority in next year’s midterms, according to a readout of the meeting provided by Trump’s Political Action Committee Save America. CNN reported at the time that Trump was focusing his political energy on targeting Cheney.
In May, McCarthy announced his opposition to forming a bipartisan commission to investigate the January 6 attack, an effort that failed in the Senate later that month when Senate Republicans blocked it.
While McCarthy backed Cheney in her first leadership vote in February after her vote to impeach Trump, their relationship crumbled as Cheney continued to speak out against the former President’s grip on the GOP. McCarthy backed her opponent, Rep. Elise Stefanik of New York, who ultimately beat Cheney in the vote for House Republican conference chair last month.