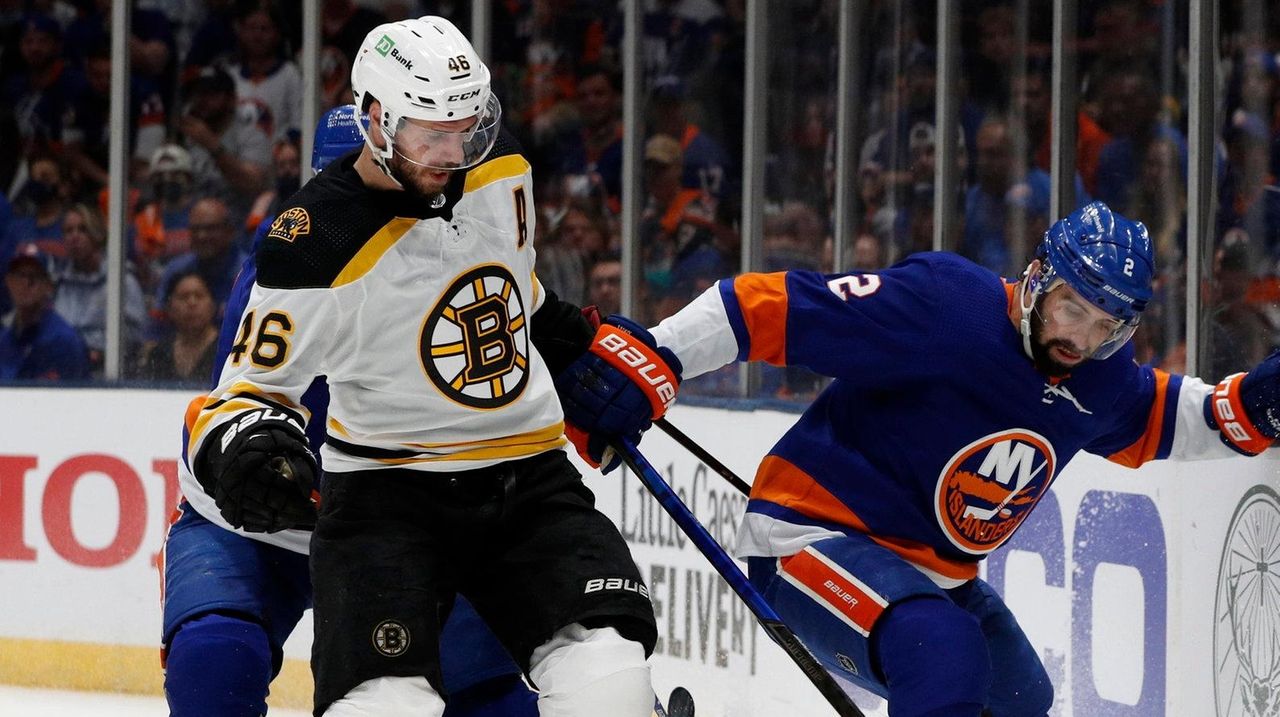 Bruins center David Krejci was fined the maximum $5,000 Sunday for his slashing penalty on Islanders center Mathew Barzal in Game 4.

Krejci was initially assessed a five-minute major for spearing after he jabbed Barzal in the groin with his stick, following a nasty exchange between the players at 11:13 of the second period. But the officials reviewed the play to determine if it did warrant a major penalty, and ultimately decided to downgrade it to a two-minute minor for slashing.

Barzal, who was doubled over in pain for several moments, said after the game he was “a little surprised’’ the penalty got downgraded.

Barzal, who had the game-winning goal Saturday, as well as an assist, was feisty all night. He had cross-checked Krejci multiple times on the play, which prompted Krejci to jab him in retaliation. Barzal also started a first-period dustup when he high-sticked Boston’s Curtis Lazar as Lazar attempted to run him into the boards. That led to teammate Matt Martin fighting Boston’s Jarred Tinordi, and gave Boston an early power play.

Krejci is the second Bruin to be fined in the series. Forward Jake DeBrusk was fined $5,000 for a cross-check to the back of Scott Mayfield’s helmet in Game 2.

Islanders coach Barry Trotz said he anticipated that injured forward Oliver Wahlstrom would make the trip to Boston, but the coach said he would “probably go with the same skaters’’ for Game 5 as he used in Game 4. “We don’t have, really, any (other) injuries that I know of,’’ Trotz said. Wahlstrom was injured in Game 5 of the Islanders’ first-round series against Pittsburgh and has not played since, missing the last five games.

Bergeron a finalist for Selke Trophy

The guys discuss Game 4 of the Isles-Bruins playoff series where Mathew Barzal assisted on the tying goal and scored the winning goal.

Boston’s Patrice Bergeron was named one of three finalists for the Selke Trophy, as the NHL’s top defensive forward, for the 10th straight season. He has won the award four times. The other two finalists are Aleksander Barkov, of the Florida Panthers, and Mark Stone, of the Vegas Golden Knights.

Colin Stephenson covers the Rangers for Newsday. He has spent more than two decades covering the NHL and just about every sports team in the New York metropolitan area.