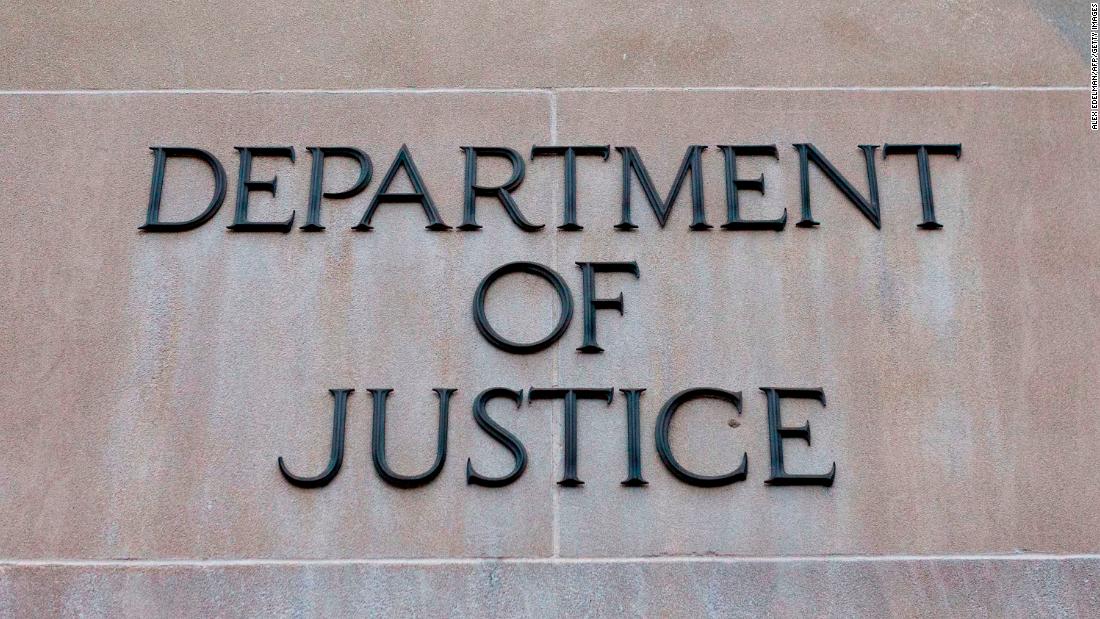 “Going forward, consistent with the President’s direction, this Department of Justice — in a change to its longstanding practice — will not seek compulsory legal process in leak investigations to obtain source information from members of the news media doing their jobs,” Anthony Coley, the department’s director of public affairs, said in a statement.

The commitment from President Joe Biden’s Justice Department comes just a day after The New York Times reported a top lawyer for the paper had revealed that the department, under the Trump administration and then continued under the current administration, had sought to obtain the email logs of four of its reporters. The disclosure was the latest in a series of revelations about the Justice Department secretly obtaining records from journalists, including a CNN reporter, as well as reporters from The Washington Post and other news organizations.

A number of top Times executives had been informed of the effort by the Biden administration earlier this year to obtain its reporters’ emails but were bound by a gag order — preventing them from sharing the information with the newsroom and the paper’s executive editor, attorney David McCraw said, according to the Times.

McCraw on Friday shared that the Justice Department had attempted to seize email logs of the four reporters — Matt Apuzzo, Adam Goldman, Eric Lichtblau and Michael Schmidt — from Google, which manages the Times’ email system.

In a statement Saturday, White House press secretary Jen Psaki said that “no one at the White House was aware of the gag order until Friday night” due to the “independence of the Justice Department in specific criminal cases.”

“While the White House does not intervene in criminal investigations, the issuing of subpoenas for the records of reporters in leak investigations is not consistent with the President’s policy direction to the Department, and the Department of Justice has reconfirmed it will not be used moving forward,” Psaki added.

On January 5, prosecutors with the US attorney’s office in Washington obtained a sealed court order requiring Google to secretly turn over the email log records for the four Times reporters, the Times reported Friday. Google, however, resisted and demanded that the Times be notified of the government’s attempts to seize records, the Times reported.

According to the Times, the Justice Department continued pursuing the request for email logs after the Biden administration took over.

The prosecutors in early March asked a judge to allow informing McCraw of the effort, but the notification arrived with a nondisclosure order barring him from speaking to others about the matter, McCraw recounted to the Times. He later negotiated so he could discuss it with the Times’ general counsel, outside lawyers and two executives, the Times reported.

McCraw said the Justice Department informed him on Wednesday that it would ask the court to nullify the order to Google. And on Friday, a federal court lifted the gag order, freeing him to speak publicly about the legal battle, McCraw told the newspaper.

The Justice Department has not said which government leak to the media it was investigating. But the Times said the timing of the seized records and the reporters involved in the investigation suggest that the leak probe involved an April 22, 2017, Times report about former FBI Director James Comey’s handling of different investigations during the 2016 election.

The Times first reported in 2020, and CNN confirmed, the existence of the Justice Department’s leak investigation into Comey involving classified information that played a role in his 2016 decision to announce no charges would be brought in the FBI’s Hillary Clinton email probe.

Prosecutors discussed throughout last year whether to close the leak investigation into Comey, two people familiar with the case told the Times.

But FBI and career prosecutors wanted to keep the investigation into the media leak open and so obtained the January sealed court order to compel Google to turn over the reporters’ email data, the Times reported.

Dean Baquet, the executive editor of The Times, criticized both the Trump and Biden administrations for targeting the Times reporters.

“Clearly, Google did the right thing, but it should never have come to this,” Baquet said in a statement to the Times. “The Justice Department relentlessly pursued the identity of sources for coverage that was clearly in the public interest in the final 15 days of the Trump administration. And the Biden administration continued to pursue it. As I said before, it profoundly undermines press freedom.”

New York Times publisher A.G. Sulzberger welcomed the move but called on the DOJ to explain its motives further.

“This is a welcome step to protecting the ability of the press to provide the public with essential information about what their government is doing,” in a statement Saturday. “However, there is significantly more that needs to be done and we are still awaiting an explanation on why the Department of Justice moved so aggressively to seize journalists’ records.”

Asked earlier Saturday to comment on the Times report, Coley told CNN that “on multiple occasions in recent months, DOJ moved to postpone enforcement of the … order and voluntarily moved to withdraw the order before any records were produced.”

A Google spokeswoman told the Times that it does not comment on specific cases, but that the company was “firmly committed to protecting our customers’ data and we have a long history of pushing to notify our customers about any legal requests.”

The government’s attempts to seize Times reporters’ email data is the latest incident revealed after the Times reported Wednesday that the Biden administration notified the paper that the Trump administration in 2020 seized nearly four months of phone records in 2017 from the four reporters as part of a leak investigation.
CNN reported last month that the Trump administration secretly sought and obtained the 2017 phone and email records of CNN correspondent Barbara Starr. The Washington Post reported that the Trump Justice Department obtained the 2017 phone records of three of its reporters who covered the FBI’s Russia investigation, and tried to obtain their email logs.
Following those disclosures, President Joe Biden told CNN last month that he would not allow his Department of Justice to seize reporters’ communications, calling it “simply, simply wrong.”

Coley, in announcing an end to the practice, said Saturday that the Justice Department “has now completed a review to determine all instances” in which the department had “pending compulsory requests from reporters in leak investigations.”

“The Department strongly values a free press, protecting First Amendment values, and is committed to taking all appropriate steps to ensure the independence of journalists,” he added.

Sally Buzbee, the executive editor of the Post, on Saturday called on the Biden administration and Justice Department to provide a “full accounting of the chain of events in both administrations and to implement enduring protections to prevent any future recurrence.”

“Secret efforts to obtain journalists’ phone and email records severely hinder the ability of news organizations to uncover information of clear public interest, damaging the First Amendment,” she said in a statement.

This story has been updated with additional details.