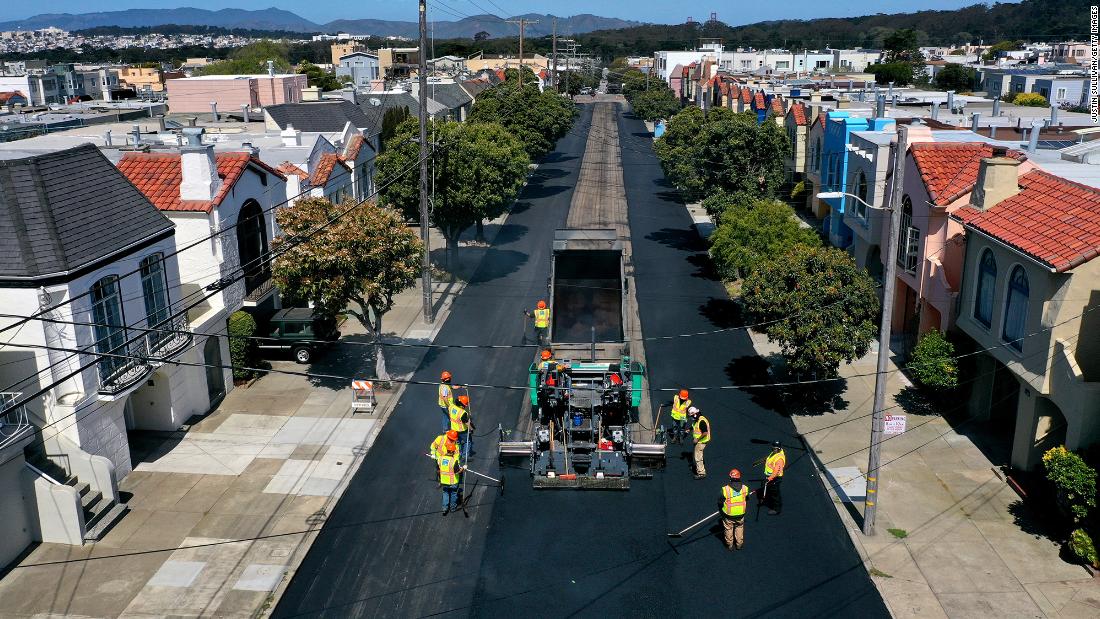 Here’s what you need to know to Get Up to Speed and On with Your Day.

(You can also get “5 Things You Need to Know Today” delivered to your inbox daily. Sign up here.)

Americans can travel safely to more countries now, per CDC guidance. The agency issued new travel advice for more than 120 countries, moving 33 countries — including Israel, Iceland and Singapore — into its lowest risk category. Travel within Europe is set to become easier as well, with the European Union’s launch of its EU Digital Covid Certificate. But just as we’re beginning to emerge safer from the coronavirus, we now have to watch out for other infections. Experts say this coming flu season could be a doozy.

Democrats and Republicans in the Senate finally agreed on something: the need to keep the US competitive on the global stage. The Senate passed legislation aimed at countering China’s growing economic influence by investing more than $200 billion in American technology, science and research. The bill includes more than $50 billion for the semiconductor industry, as well as investments in cybersecurity and biotechnology. It now must pass the House before going to Biden’s desk for his signature.

The United Nations estimates 100,000 people in Myanmar’s borderlands have been displaced by fighting that includes attacks by security forces in civilian areas. The country has been in a state of unrest since a military coup in February, with daily protests and fighting between the military and ethnic minority militias. People who have fled Kayah state, which borders Thailand, urgently need shelter, food, water and health care, according to the UN, and the organization urged security forces to let aid workers and supplies through. Thailand, which fears a flood of refugees, is concerned about the fighting and is urging the military government to restore democracy, as per a plan agreed upon by the Association of Southeast Asian Nations.

Uyghurs, a mostly Muslim ethnic group from northwest China, are allegedly being detained and deported at China’s request in three major Arab countries: Egypt, the United Arab Emirates and Saudi Arabia. Rights groups have documented several cases of Uyghur disappearances in the last few years, and families of those deported fear their loved ones have ended up among the estimated 2 million Uyghurs who have been sent to internment camps. Even as Western nations condemn China’s treatment of Uyghurs, activists fear that countries in the Middle East and beyond will be willing to acquiesce to Beijing’s crackdown on members of the ethnic group.

These are the world’s most livable cities

Now feels like a good time to relocate to New Zealand, Japan or Australia.

There’s just something compelling about watching these adorable creatures try to find their way in the world.

Teachers and parents had reportedly complained that the BLM pages didn’t include any opposing views.

Chris Harrison is leaving ‘The Bachelor’ franchise for good

The longtime host’s departure comes after he defended a contestant who was reportedly photographed at an antebellum plantation-themed party in 2018.

They may be divorcing, but the couple seems to be on decent terms.

That’s how much a rare 1933 gold coin known as the “Double Eagle” sold for at auction, setting a record. The coin is worth $20 at face value.

Pulse nightclub shooting survivor Brandon Wolf, on how best to honor those killed in the 2016 massacre. He spoke to CNN’s Brandon Tensley for the upcoming edition of Race Deconstructed, a newsletter on race in America and the role it plays in culture, politics and more. Sign up here for Race Deconstructed to read more of their conversation.

Take it from a pro

Why do movies always feature that same cello piece? Why do cellists move their heads so much? Yo-Yo Ma has answers. (Click here to view.)